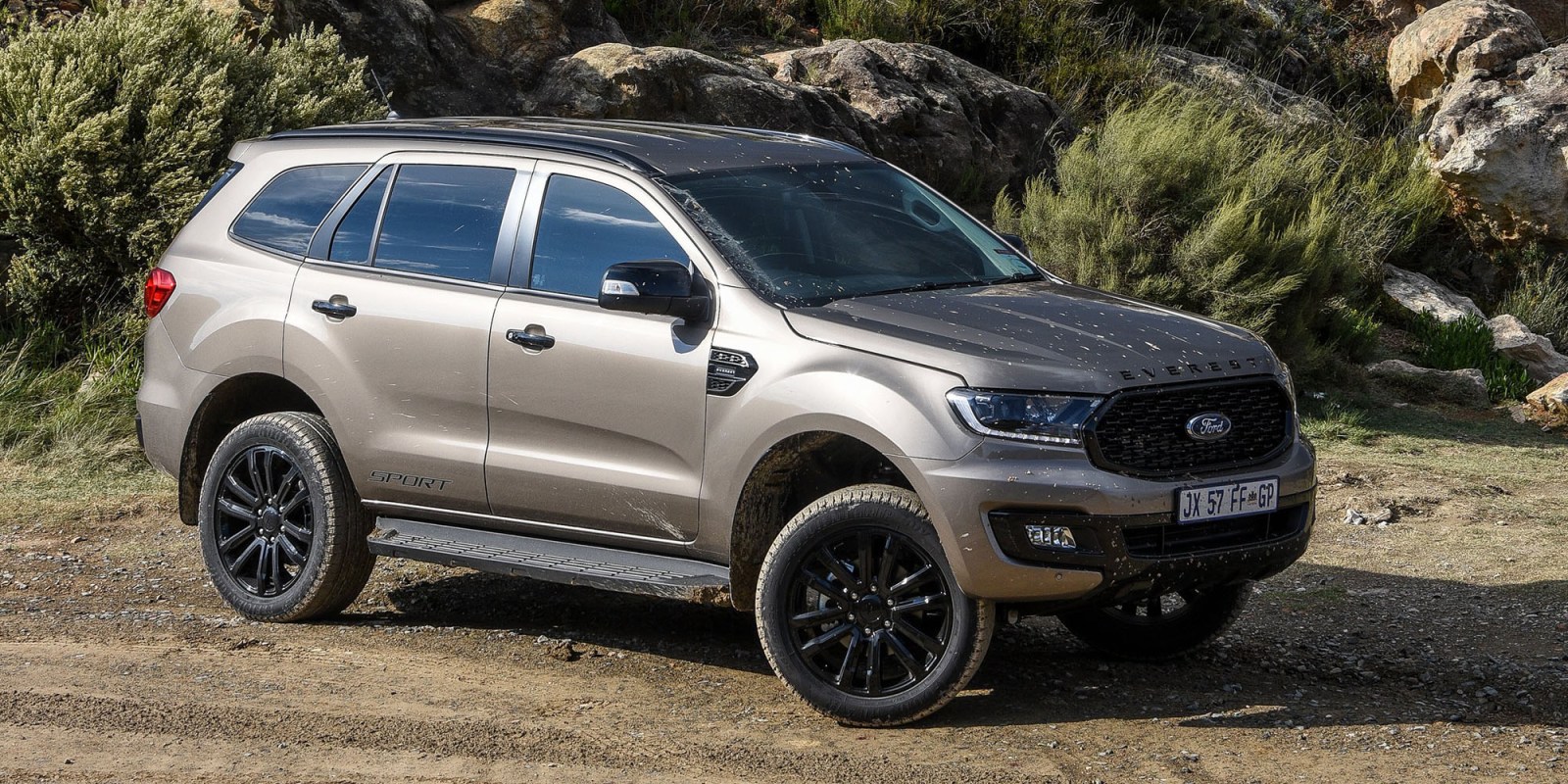 The new Ford Everest Sport was recently launched on the Swartberg Pass, one of Thomas Bain’s most iconic road engineering achievements.

At its highest point, the Swartberg Pass, just outside the picturesque hamlet of Prince Albert, is 1,583m above sea level. Known as “the Rubicon of gravel road passes”, it was also South Africa’s most prolific road builder, Thomas Bain’s final – and what many experts agree was his pièce de résistance – feat of road building in the Western Cape.

Nicknamed “the man with the theodolite eye” for his uncanny ability to figure out the perfect route up a mountain with the naked eye, Bain is credited with building many of South Africa’s magnificent mountain passes. (A theodolite is a surveying instrument with a rotating telescope for measuring horizontal and vertical angles.) According to legend, in his 46 years of employment at the Public Works Department, Bain only ever applied for one month’s leave.

The Swartberg Pass, which is mapped on the R328, cuts through the Swartberg mountain range along the lip of the Little or Klein Karoo. It’s packed with unique strains of fauna and flora and because of its intricate microclimate it allows rare strains of fynbos and bird populations to thrive. What a place to test-drive the refreshed Ford Everest Sport.

With recent rains, despite being in a highly capable off-roader, the mud-soaked gravel posed quite a challenge in conquering the sometimes extremely narrow dirt tracks. The views were magnificent, with lightning flashing on the far horizon and thunder booming in the distance. However, being a person afflicted by bouts of acrophobia, this was pretty hair-raising terrain to navigate. But the imposing Everest Sport, with its off-road mode switched to “grass, gravel, snow” on the terrain management system, held her own as we scaled higher and higher on some seriously narrow hairpin bends.

Talking of terrain management systems, the one in the Everest looks remarkably similar to the Terrain Response setup that Land Rover’s been using since 2005.

“Is this allowed?” I wondered.

Back in 2010 when Ford announced that its 2011 Explorer would feature new tech called a Terrain Management System, Land Rover very quickly pointed out that Jim Holland, now the chief engineer overseeing the Explorer, had previously spent three years working in the UK as chief engineer for Range Rover.

I did a bit of googling only to discover that Jaguar Land Rover (JLR) has finally decided to start fighting back at companies that it accuses of infringing its Terrain Response system patent. But, interestingly, it’s not Ford that’s in the legal dog box, but the Volkswagen Group.

In late 2020 JLR filed a lawsuit against VW, claiming a number of its products, first seen in the Bentley Bentayga in 2016, had copied JLR’s patented off-road mode system. The company has also targeted other VW Group vehicles, including the Audi Q5, Q7 and Q8, the Porsche Cayenne and Tiguan.

Ford’s off-road terrain management system, which really does resemble Land Rover’s, worked impressively well up the Swartberg Pass, which is credited as the eighth highest in South Africa in terms of altitude gain (838m). But the wet conditions posed a very real possibility of slipping on those new 20-inch black alloys. Riding unnervingly close to the precipice and seeing the enormous drop into what looked like a never-ending treacherous gorge, at a certain point I decided to stop trying to act macho, and gingerly asked my fellow driver to take over as I began to feel the acrophobic rise of breakfast. It took us just under an hour to snail through the 25km pass.

Back on the safety of a tar road I was able to fully appreciate the stability and power in Ford’s 2.0-litre single-turbocharged diesel engine – also found in the Everest XLT – which offers 132kW and 420Nm of torque. The 10-speed automatic transmission is smooth, with gear shifts as swift and imperceptible as it gets. The vehicle is packed with a number of safety and drive systems, including Electronic Stability Programme with traction control, Trailer Sway Control, Hill Launch Assist and Hill Descent Control, which make it an impressive and reliable off-roader.

The new Everest Sport comes in both 4×2 and 4×4 guises, with an electronic locking rear differential fitted as standard in both models; however, the Terrain Management System is only available on the 4×4 models.

For a beast that’s capable of such dirty driving, the interior is surprisingly premium, replete with a luxurious leather dashboard. The new sporty leather seats, finished off in blue stitching are eight-way power adjustable while the SYNC 3 infotainment system is intuitive when pairing to Bluetooth or Android Auto/Apple CarPlay. Parking is made easier with the help of front and rear park sensors, along with a rear-view camera.

To differentiate the up-switched Everest Sport from the rest of the Everest pack, there’s a new black mesh grille, sport decals on the rear doors, 20-inch black alloys and new roof rails. The blackened theme is extended to the side mirror caps, door handles and front bumper.

We spent the night in the small Karoo town of Oudtshoorn and I am embarrassed to admit that when I heard the name of the place we were going to stay in – La Plume – I had some serious doubts. I imagined a kitsch motel. (In the past I have booked into a number of French-sounding establishments in small towns only to discover they were hell holes dressed in heavily accented drag.)

La Plume was outrageously stylish, with one of the best collections of antiques that I have ever encountered. The individually themed rooms were as big as little houses and service and food were first class. South African tourism has taken a deathly knock since March last year. Oudtshoorn, a once thriving tourist town especially popular with the Germans, Brits and Italians, all but became a ghost town during the hard lockdown and La Plume, usually fully booked for months ahead, is one of the many boutique hotels that have suffered severe customer drought. I felt pretty emotional seeing how much effort the La Plume establishment and all its staff made to make our stay memorable.

The two day trip in the Everest Sport will remain firmly embedded in my memory in time to come for various reasons. Number one – it’s a great, highly capable SUV. Second, Oudtshoorn’s hospitality touched me deeply, but perhaps most significant is the knowledge that it took 250 convict labourers to build the Swartberg Pass from 1883 to 1886 under the vigilant eye of Bain.

During the second winter, a snow blizzard caused the collapse of the roof of a road builders’ camp and several convicts lost their lives. The final financial cost of the pass back in the late 1800s was £14,500. This excluded the price of the convict labour, which was free.

The roads and passes of our country are homes to many such ghosts – those who have perished to carve out its magnificence.