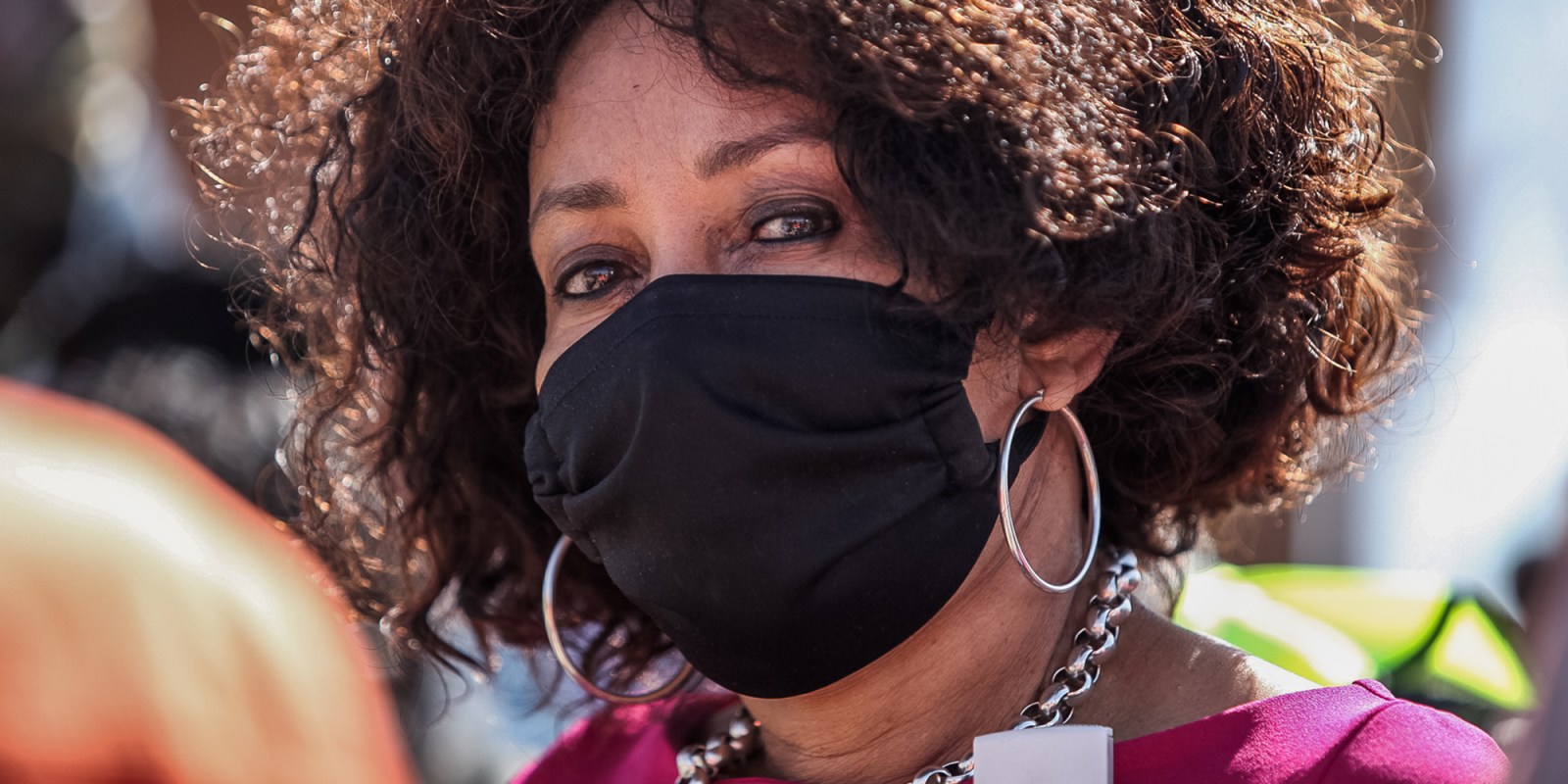 On 21 July 2020, Human Settlements Minister Lindiwe Sisulu announced that her department planned to allocate R600m towards rental relief for tenants in affordable housing who were facing financial distress due to the Covid-19 pandemic. So where is the money?

The petition comes more than eight months after Sisulu announced in her budget vote speech on 21 July 2020 that her department planned to allocate R600-million towards rental relief for tenants in affordable housing who were facing financial distress due to the Covid-19 pandemic.

The funding, aimed at tenants in “formal affordable housing”, was meant to help those potentially facing homelessness to meet their monthly rental obligations. This in turn would assist landlords who depended on rental income to survive.

When South Africa entered hard lockdown on 26 March 2020, healthcare workers and other essential workers continued to work while thousands of South Africans were unable to access their places of employment due to the lockdown restrictions.

The government strongly advised that people stay home to curb the spread of the virus. One can only imagine the hardships experienced by people working in informal and formal trading who could no longer work, and those living in informal settlements who were expected to pay rent while there was insufficient support from the government.

People with insecure tenure have been placed at an increased risk of eviction and displacement. Landlords were expecting rent money from tenants who could not keep up with payments while their places of employment were temporarily closed. Many people lost their jobs.

Recognising the implications on people’s security, more than 20 social movements and civil society organisations called for evictions to stop during the pandemic.

Following this, Justice Minister Ronald Lamola announced a moratorium on evictions during the months of the hard lockdown, with various iterations thereof being subsequently extended for the duration of the national state of disaster. However, the protection intended through this moratorium was negated by state agents and private individuals alike conducting unlawful evictions, leaving many homeless, without food and at heightened risk of contracting the virus.

Struggling tenants facing a similar fate held on to their last shred of hope when Sisulu proposed the Residential Rent Relief Scheme. First, let us put things into perspective:

Between 2.2 and three million people lost their jobs in the first months of lockdown. This created a situation where households were caught in a double bind between keeping their shelter while still having enough food to stay alive.

According to Statistics South Africa’s quarterly labour force survey, the unemployment rate reached 32.5% in the last months of 2020, with 16,5% of those who were still employed through lockdown receiving a reduction in their pay. The survey further found that household disposable income dropped by -13.6% year-on-year in the 2nd quarter of 2020.

Correspondingly, the TPN residential rental monitor for the fourth quarter of 2020 found that low-end tenants had the weakest rental payment performance. Specifically, the report states that “the ‘less than R3,000/month’ rental segment is populated by the most financially fragile tenant population, with significantly fewer financial ‘buffers’ with which to weather any storms that translate into income loss, or those unexpected household expenses that arise periodically.”

The government’s undertaking to provide R600-million in rent relief was made to prevent the crisis that many of the 3.72 million tenants living in South Africa now find themselves in.

When asked how the pandemic has affected him, Thulasizwe Sithole, a struggling tenant living in Jeppestown, Johannesburg, said: “Our landlord brought an eviction application against us. They sent in City Power and Johannesburg water to cut off our electricity and water. We are overburdened. We’re protecting ourselves from Covid-19 and evictions.”

On 27 November 2020, responding to a parliamentary question, Sisulu revealed that not a cent of the R600-million intended for the residential rent relief fund had been spent or allocated.

In her July 2020 speech, the minister promised that details of the rent relief for struggling tenants would be published (by way of policy) within 30 days of her address. It is now close to nine months since she made this public commitment and no details of the relief scheme have been made available, neither has the policy been published.

Through recent media reports, we have learned that Sisulu’s spokesperson, Steven Motale, said that “plans are at an advanced stage for the roll-out of the residential rent relief fund. Two institutions reporting to the Department of Human Settlements, the Social Housing Regulatory Authority (SHRA) and the National Housing Finance Corporation have been tasked with a responsibility to execute this programme.”

He added that this was to ensure all systems were in place, including the policy, before being implemented. He further stated that “this is meant to ensure that only qualifying people benefit from this programme. The announcement on the roll-out plan is expected by mid-April this year”.

Once again, hopes were raised for tenants and the hundreds of people supporting the petition. In what seems to be an about-turn, Motale claimed the minister did not make any promises regarding the residential rent relief scheme and that it was merely a plan submitted to the National Treasury.

Why did Sisulu not reveal that the scheme was merely a “plan” when she was asked about its status by an MP months after she announced it? In fact, in her written response, the minister confirmed the existence of the scheme and, while conceding that no funds had been spent, once again confirmed that a detailed policy framework containing guidelines was being developed by her department.

Even if the announcement was merely a plan, why has the SHRA said that it is ready to begin the roll-out of R300-million (of the R600-million) in rent relief for social housing tenants in line with the department’s residential rent relief programme?

We therefore consider this comment from the minister’s spokesperson as disingenuous and an attempt to shirk responsibility for their commitment to providing rent relief to thousands of low-income tenants.

Motale said the details of this roll-out will be provided by mid-April. That time has elapsed, and instead of details of a roll-out plan from the minister, we have witnessed doublespeak from her department, obscuring responsibility and reversing commitments made to those who cannot weather the financial burden occasioned by the lockdown.

Madalisa Phiri lives in Bellevue East, Johannesburg, and he believes that should the R600-million be made available, it could save them from being evicted: “I used to transport goods to Zimbabwe. Since borders have been closed, I could no longer work. This affected my rental payment. Currently, the landlord is taking me to court. Should the R600-million be made available, it will relieve us from such circumstances.”

We therefore call on the Department of Human Settlements, Water and Sanitation to prevent a secondary disaster of homelessness on an unprecedented scale and to:

Zacharia Mashele is media officer at Ndifuna Ukwazi, and Danielle Louw and Mpho Raboeane are both attorneys at the organisation.