‘Blacklisted’ and starving in Tolwe: Farmworkers in limbo as hostilities with employers intensify 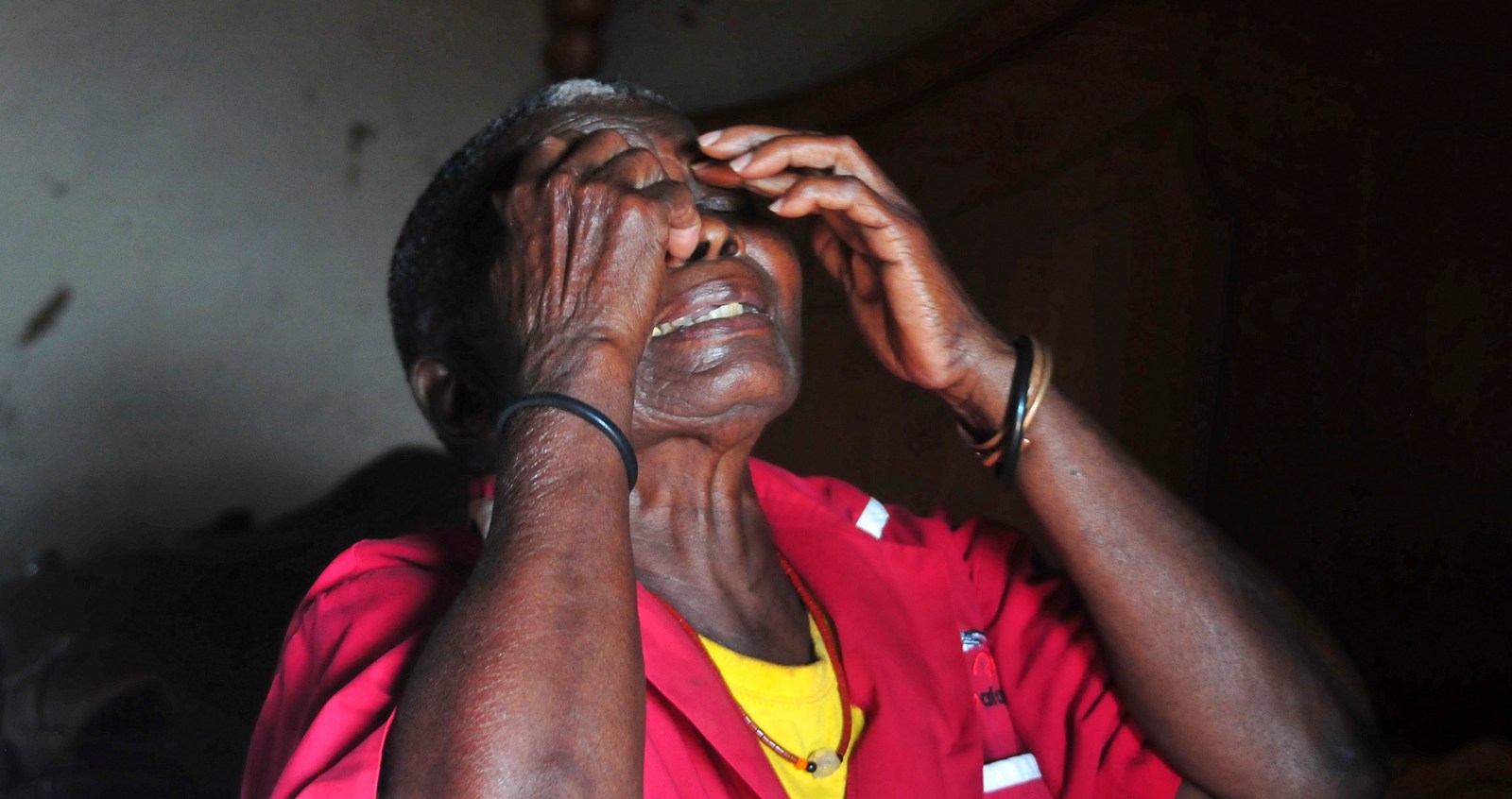 Kate Maripa's family is threatened with eviction from their home on a farm in Tolwe. She was born and worked on the farm all her life. Her children also work on the farm and face the threat of retrenchment and eviction. (Photo: Lucas Ledwaba/Mukurukuru Media)

Retrenched employees wait in vain for resolution to their plight as agriculture body laments impact of Covid-19 and wage increase regulations.

The panic on his face was telling when Samuel Manoko’s cell phone rang. He looked at the screen and shook his head nervously before taking up position under the shade of a tree overlooking the shack dwelling where his farmworker colleagues sat gathered.

“It’s the people from the furniture shop. I do not know what I am going to tell them. If they want to take me to jail then I will tell them it is fine because there is nothing I can do,” he said before answering the call.

He spent the next couple of minutes explaining to the caller in Afrikaans, that he is no longer employed. He told the caller his employer fired them in September without paying them and he is frustrated because the matter has been dragging for a long time.

He explained that when he was working he paid his instalment regularly, but now he does not even have money for food.

After ending the call, he explained he bought a freezer on hire purchase and he has been unable to pay since last year. The caller promised to follow up at the end of the month.

Manoko is one of 21 workers at Taaibosch farm in Tolwe in Limpopo who found themselves suddenly jobless in September last year. The workers said they were dismissed after they refused to sign contracts which they allege their employer JJ Wagner wanted them to sign without allowing them to read.

“He (Wagner) got terribly angry (when we refused to sign the contracts). He was calling us kaffirs and told us we had been dismissed. We asked him, what have we done wrong to you? All we want to know is what is in the contracts,” said Manoko.

Wagner reportedly left the farm in December and attempts to reach him for comment have not been successful. Manoko and his colleagues are still staying in their decrepit quarters, hoping for a resolution to their plight. They come from rural villages in the Blouberg area, where unemployment and poverty levels are high. The farming sector provides most of the jobs in the area.

Workers from a neighbouring farm, Uitdraai Boerdery who faced a similar situation in February, have since accepted a settlement and left. Mapula Mnisi of the land rights organisation Nkuzi Development Association said on 1 February the employer issued the employees with letters inviting them to a meeting where they informed the company was not able to sustain them all and some would be retrenched.

Mnisi said the retrenchments were not carried out in a procedural manner and although the workers resisted initially, they eventually accepted the settlement.

“The retrenched workers took the (settlement) money and left the farm even when we advised them not to leave the farm,” she said.

AgriSA which represents farmers has lamented the impact of Covid-19 on its members and warned that the recent increase in the minimum wage could lead to job losses and cripple small scale farmers.

AgriSA has warned that “the immediate equalisation and increase will place many jobs in serious jeopardy, which and such could have been avoided.”

This followed the department of employment and labour’s publication of the annual adjustment of the national minimum wage for 2021 on 8 February. According to the new adjustment, farmworkers will be entitled to a minimum wage of R21.69 per hour.

Manoko and his colleagues said they were earning R16 per hour before their dismissal.

AgriSA says it brought the fact to the attention of the department of employment and labour “that the agricultural sector is a multifaceted sector that consists of mostly small-scale and medium-scale farmers, with large-scale commercial farmers only making up a small percentage of the industry.

“These small-scale and medium-scale farmers have already endured the effects of recent severe drought, compounded by the effects of the pandemic and it is disappointing that these crucial factors were clearly not considered.”

But Minister of Employment and Labour Thulas Nxesi responded to the outcry by saying the national minimum wage “did not place an undue burden on employers or led to job losses in its first year of implementation, reached the decision to accept the proposal of the Commission and increase wages accordingly.

“The increase this year was decided by the rate of inflation (3%) plus 1.5% from R20,76 to R21,69 for the year 2021. While this should be applicable to all vulnerable employees, the Act on its promulgation established lower minimums for the farm and domestic sectors, with a process of gradual equalisation to the national minimum wage over time,” Nxesi said.

A report by the International Labour Organization (ILO) assessing the impact of Covid-19 lockdown on the economy notes that 11.6% of workers earning below R5,086 per month are at risk of job losses, compared with 9.8% of workers earning above the working poverty line.

The ILO recommended in a 2015 report into the working and living conditions of farmworkers that government facilitate the appointment of labour representatives on farms, provide or facilitate labour rights training to them and give them access to a regularly updated data basis of organisations that aid farmworkers.

In October, Manoko and his colleagues approached a branch of the Economic Freedom Fighters in Steilloop for assistance. The party organised a march to the farm where they were met by a hostile group of armed farmers. They handed over a memorandum demanding a resolution to the workers’ grievances in seven days. But nothing has come of it. Instead, says Manoko, tensions have hardened against the dismissed workers.

“We have been blacklisted from working anywhere in this area. When we go look for work and they find out you are from Taaibosch, they say no, we can’t hire you – you are (Julius) Malema’s people.”

The farm is in a remote area where the only closest government office is the Tolwe police station. Access to resources such as labour department offices or other organisations is almost impossible due to the scarcity of public transport. The nearest town is 146km away.

The workers say they opened a case with the police following Wagnar’s alleged outburst of racial insults. But to date, they have heard nothing from the SAPS.

Manoko said they tried to join a union in January last year, but their employer refused to recognise the organisation.

Mnisi said they have donated food parcels to alleviate the workers suffering but were powerless in the dispute as the workers indicated they had a union, which they now claim, has abandoned them.

The workers live in shacks made from pieces of wood, hessian sacks sewn together and others covered in plastic and irrigation pipe material.

Mphake Frans Mahlape is also holding put with the hope he would be paid out and seek work elsewhere.

“We came here because we are hungry. There is nothing at home. Right now, my family survives on a R460 child grant for one of my children,” said Mahlape.

While others have elsewhere to call home, Maria Morudu is facing an even bigger challenge.

She has been working on the farms around Tolwe since 1982 after dropping out of school in grade 2. She is now married and some of her children have been sent to live with relatives in the villages.

“We are hoping we will get help from somewhere. We don’t know from where because we have been waiting since September and we are starving,” said Morudu. DM/MC – Mukurukuru Media