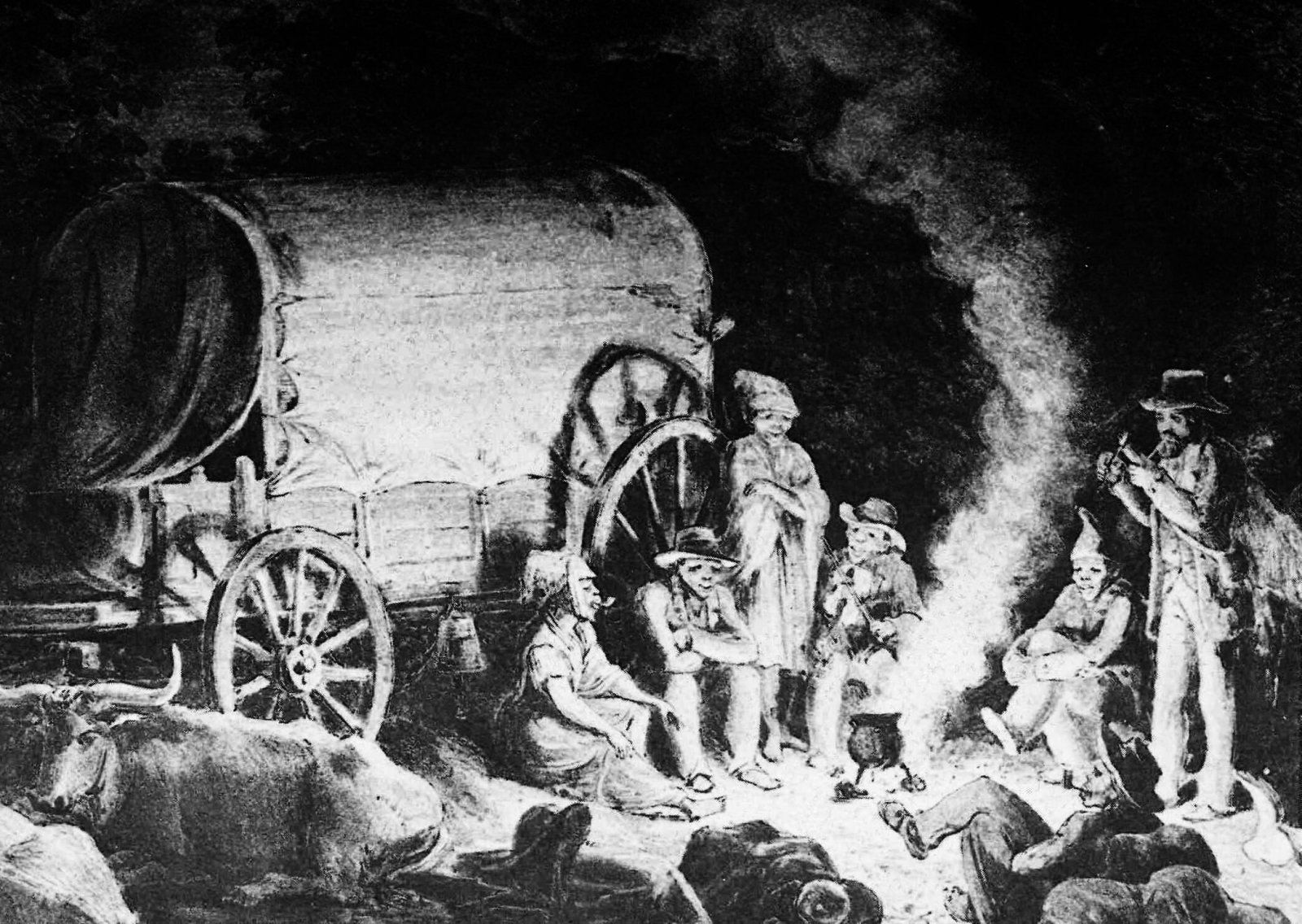 This is a story about a family’s incredible journey. It’s also about a moving frontier of love, deception and violence.

A hint of its inner boundary is given in the Historical Atlas of South Africa by EA Walker, published in 1922. From Hondeklip Bay to Burgersdorp is a shaded area: “The Colony’s Northern Frontier, 1798-1824.” In this area during the 18th century lived Boer farmers, /Xam hunters, Khoekhoen pastoralists, slaves, runaways and fugitives from colonial justice – all cooperating, squabbling, cohabiting and, from time to time, killing each other.

As settlers with greater firepower claimed more and more land, the shaded area was pushed ever northwards. Within it was a polyglot of pastoral people who came to be known simply as ‘Bastaards’. They would be led by the Kok family and theirs was to be a journey that would make the Great Trek look like a brief adventure.

Around 1710 a son was born to a female slave and an unidentified Dutchman and named Adam Kok. While still in his 20s he gathered around him a band of men displaced from their lands by Boer inroads or were evading conscription into the colonial commandos. Adam married his beloved Donna Gogosathe, the Goringhaiqua daughter of a Khoi chief (from where the name Griqua would later be derived) and began farming beyond the colonial frontier just north of what is now Piketberg.

Having links to both the colony and Khoi tribes to the north, he and his fellow Bastaards formed a convenient buffer, which the Cape authorities recognised by awarding him a staff of office and the title of Kaptyn. This didn’t stop Boers moving up the west coast, forcing Kok and his people to trek across the Cederberg and Kamiesberg into the vastness of the Central Karoo, then northwards to the banks of the Orange River.

Adam’s son, Cornelius, met John Phillip of the London Missionary Society and was baptised in about 1800. It wasn’t long before Christianity had spread to the entire Bastaard nation.

The society had established a mission beside some springs and named it Klaarwater (clear water). Calling people bastards didn’t sit well with the missionaries. Following their urgings, the Bastaards approved the name Griqua and the mission village was renamed Griquatown.

Life in mid-19th century Griquatown was not easy. There were cattle raids and skirmishes by Ndebele, Koranna, Bergenaars and San bands, and demands by the Colony for commando duty. In addition, internal power struggles resulted in a rebellion and a shift by the Kok clan to Campbell.

There the expanding frontier caught up with the Koks again. Diamonds were discovered near Hopetown and later in Kimberley. Claiming that it was for Griqua protection, Griqualand West was annexed as a British crown colony. Amid a welter of land claims and counterclaims, the Griqua community there began to disintegrate. As a result, Kok’s grandson, Adam II, trekked with his people southeast to the mission station of Philippolis.

For the Griquas under Adam Kok II, Philippolis never quite felt permanent. In 1837, Adam III took over the captaincy, only to find that the Griqua area under his jurisdiction – between the Orange and Modder rivers and from Philippolis to Bethulie – was directly in the path of the Boers advancing from the south.

Constant triangular negotiations between Griquas, Boers and the Colony led to complicated divisions. But the end result was the same as at Griquatown. The British claimed sovereignty, then cancelled it and farm after farm ended in Boer hands.

In 1861, Adam Kok III ceded his area to the Free State government for ₤4,000 following a promise of land rights in an area known as Nomansland across the Drakensberg. The trek to Nomansland began later that year with around 3,000 Griqua and their horses, 300 wagons, about 20,000 head of cattle and 200,000 sheep.

Stock losses to marauding Basuto and Bushmen in this area were huge and many rich men who left Philippolis were paupers by the time they descended the Berg. They hacked roads which often had to be rebuilt after rain and they had to place small wheels on the upside of wagons to keep them even on the precipitous slopes.

At different parts of the route, for many years afterwards, the wrecks of wagons could be seen in gorges. Days stretched to weeks, and weeks to months. When they finally reached Ongeluksnek Pass the sight was both spectacular and daunting. Before them, looking east, were lofty spurs and deep valleys – wild-looking country – falling away from the mighty range. More than 1,000m below was Nomansland.

By the time the Griquas descended the Berg they had lost about 90% of their stock. Nomansland is sourveld and many beasts refused to eat it and died. They founded Kokstad, where they began building a church and proper houses.

Gradually, after many years, the Kokstad Griquas began to prosper. Then a series of events occurred that were to precipitate their downfall. In 1874, a British official, Sir Henry Barkly, rode into town and announced that Nomansland was under Crown supervision. A year later, Adam III fell off his wagon and was killed. Then a company of Frontier Mounted Police under a Captain Blythe arrived and searched people’s houses for “hostile weapons”. His high-handed administration led to a brief armed rebellion which was crushed by Colonial troops.

Shortly afterwards, Blythe declared Nomansland to be a British Protectorate. Leaderless and dispirited, people sold their farms or again lost them to trickery or simple annexation. By the early 19th century, Nomansland had passed out of Griqua hands. 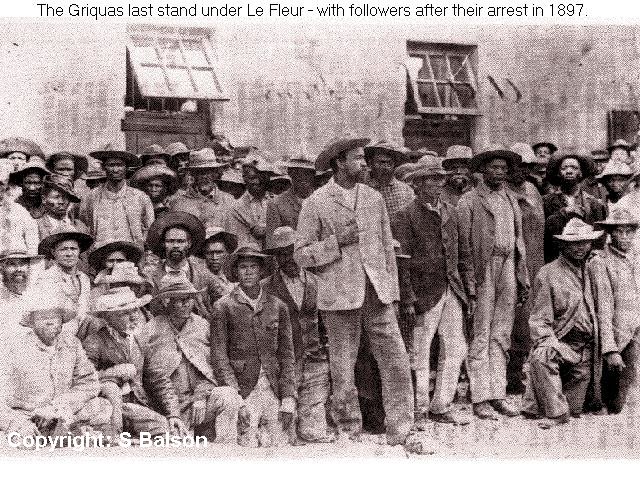 There was a brief rally in the early 20th century. A man named Andries le Fleur, who was related to the Koks, began agitating for Griqua land rights and was jailed for eight years. After his release, he led a trek southwards to a place named Kranshoek near Plettenberg Bay where the descendants of the Kok family live today – about 3,000km from where their trek had begun in Piketberg. I met Chief Samuel Jansen there and asked him: “How do the young people here feel about their Griqua origins?”