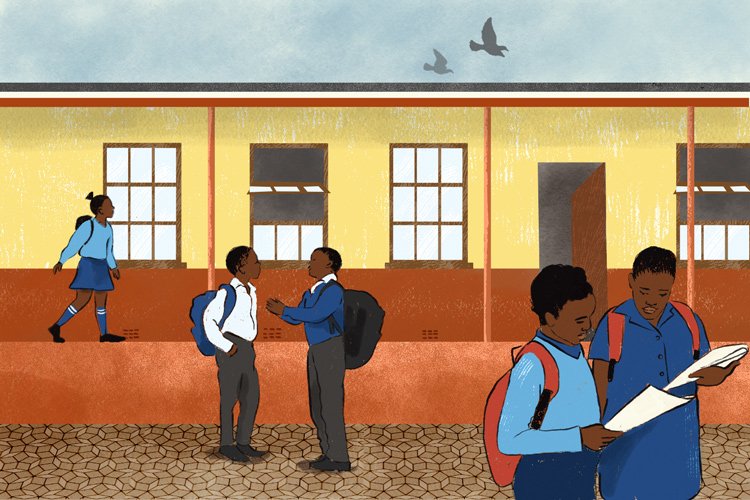 Public schools are required to use the SA-SAMS software and are dependent on its yearly releases. (Illustration: Lisa Nelson)

Government schools are unable to capture marks or produce reports as a result of the delayed computer patch.

Many schools are not able to capture marks and produce learner reports after the Department of Basic Education (DBE) failed to release a vital computer patch required by all government schools.

The South African School Administration Management System, known as SA-SAMS, is computer software that is updated during the course of every year. It is a freely provided software by the Education Management Information Systems (EMIS) unit within the DBE.

Public schools are required to use the software and are dependent on its yearly releases. The software allows schools to capture crucial data, such as learner and parent information, disciplinary records, and records of learner marks.

The DBE said that it would release the latest SA-SAMS patch on 19 April and has proposed that schools only release term 1 reports at the beginning of term 2, according to a notice by DBE director-general Hubert Mathanzima Mweli. But the patch was not released.

An anonymous high school teacher based in KwaZulu-Natal explained that the software patch, which usually arrives during the first week or two of the first term, comes pre-programmed with mark allocations and weightings for each assessment.

The software will then calculate learner marks and generate term reports, which are printed by the school. The delay means many schools are unable to produce learner reports, even though the first term ends on Friday.

“This is the first time that we’ve gone a whole term without the patches,” said the teacher. He explained that many Quintile 4 and 5 schools (i.e. wealthier ones) have been using third-party software, which is often expensive, to collate learner data.

But the DBE still requires formal submissions of learner marks to SA-SAMS at the end of every term. And schools still require the release of the patch to get the mark weightings for each assessment.

EMIS, the DBE unit managing SA-SAMS, corresponded with some school governing bodies, stating that the delay in the release of the patch is due to a late receipt of the curriculum requirements from the DBE. The final updates on assessments were only received on 19 March, after which the software patch still had to be developed and tested.

The Western Cape is the only province that does not use SA-SAMS. Instead, it uses CEMIS (Centralised Education Management Information System).

According to a principal at a Cape Town school, CEMIS will be able to produce reports for learners from grade 1 to 9. But grades 10 to 12 are still awaiting electronic mark sheets from the DBE, which are needed to input term marks according to the specific assessment weightings. Nevertheless, some schools have used other software to input marks and produce reports.

The late release of the SA-SAMS patch also raises the issue of government schools’ dependence on the DBE, rather than their own plans and systems, according to Riaan van der Bergh, education technology manager at Fedsas, a representative organisation of school governing bodies.

“It’s a good thing that the Department makes a resource available and it is free for schools to use. But we also think that a governing body at a school can find relevant solutions … and just report to the Department what it needs,” said Van der Bergh.

He said that the delay in the SA-SAMS release has caused a lot of stress and frustration among school governing bodies.

But it is also justifiable that the development team at EMIS is working slower, said Van der Bergh, since the school year started two weeks later and “the curriculum had to be squeezed into a new timeline”.

DBE spokesperson Elijah Mhlanga did not respond to GroundUp queries or follow-ups. DM