Derek Chauvin convicted on all counts for murder of Geo... 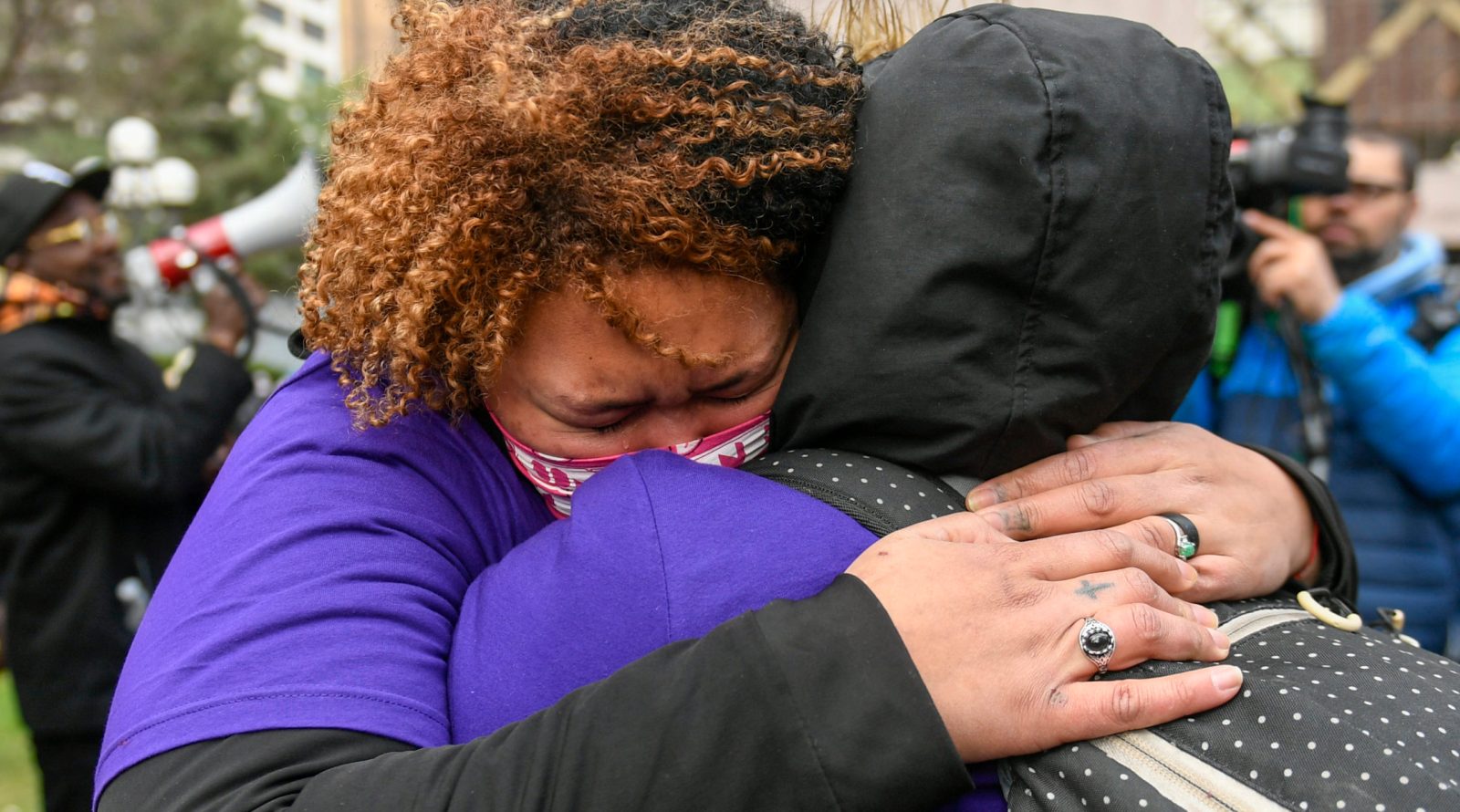 After three weeks of testimony in the case on the death of George Floyd, the jury deliberated for 10 hours to find that Derek Chauvin was guilty of all three counts against him, confirming they believed that Chauvin’s knee on George Floyd’s neck was the cause of death.

The Minneapolis courthouse was a hive of activity on Tuesday afternoon leading up to the verdict. Journalists from multiple organisations — local and international — rubbed shoulders with protesters chanting “George Floyd” and “Stop hate now”. A tense air of waiting to find out if Derek Chauvin would be found guilty on any of the counts against him turned into a massive wave of relief as the verdict came in – guilty on all three counts.

The crowd had grown in both volume and size from around 4pm as America waited for the verdict which was seen as historic and hopefully a turning point in the relationship between the US citizenry of colour and the police.

Killed on 25 May 2020 when then police officer Derek Chauvin put his knee on the side of his neck and leaned on him for nine minutes and 29 seconds, George Floyd has become a global symbol against police brutality. Chauvin and the three policemen involved in the arrest of Floyd were all fired almost immediately after the death.

Chauvin was charged with second-degree unintentional murder, third-degree murder and second-degree manslaughter. Floyd was arrested over apparently paying with a counterfeit $20 bill at a local convenience store. The bill itself did not receive much airtime during the court case, but was poignantly brought up during closing argument yesterday by Steve Schleicher for the prosecution when he said:

“This was a call about a $20 dollar bill. All that was required was some compassion.”

Earlier on Tuesday President Joe Biden said he was “praying that the verdict is the right verdict”.

Biden said he thought the evidence was “overwhelming in my view”, pointed to a guilty verdict, adding that, “I wouldn’t say that unless the jury was sequestered.”

At a few minutes after 5pm, Judge Peter Cahill read out the verdict:

Judge Cahill then called on each juror to individually confirm that they had reached these verdicts — verdicts must be unanimous — to which all affirmed, “yes”.

He thanked them all, saying:

“I have to thank you on behalf of the state of Minnesota for not only jury service, but heavy-duty jury service.”

While waiting for the verdict, Floyd’s girlfriend, Courteney Batya Ross,  spoke to media outside the court and told them that she hoped the court case and its outcome would bring some unity to the country:

“He would want us to come together, he is such a loving man… I believe Floyd came here for a reason… maybe we are the epicentre for change, maybe we are making the world look at things in a different way.”

She said “this building (the courthouse — Ed) is about justice… so we need a guilty verdict to show that this is about that”.

Sentencing is scheduled for eight weeks from now, with the date yet to be confirmed. The state moved to have Chauvin’s bail revoked and that he was remanded into custody.

Minnesota Attorney General, Keith Ellison, speaking immediately afterwards, said: “I want to thank the community for giving us the time… I would not call today’s verdict justice, however, because justice implies true accountability… but it is the first step.”

He also lauded his team and thanked the passersby who stopped and tried to save Floyd, saying they were “…brave young women, teenagers, who pressed record on their cellphones. Why did they stop? They didn’t know George Floyd… They stopped and raised their voices and they even challenged authority because they saw his humanity… they knew that what they were seeing was wrong.”

“We owe them our gratitude for fulfilling their civic duty and for their courage in telling the truth.” DM