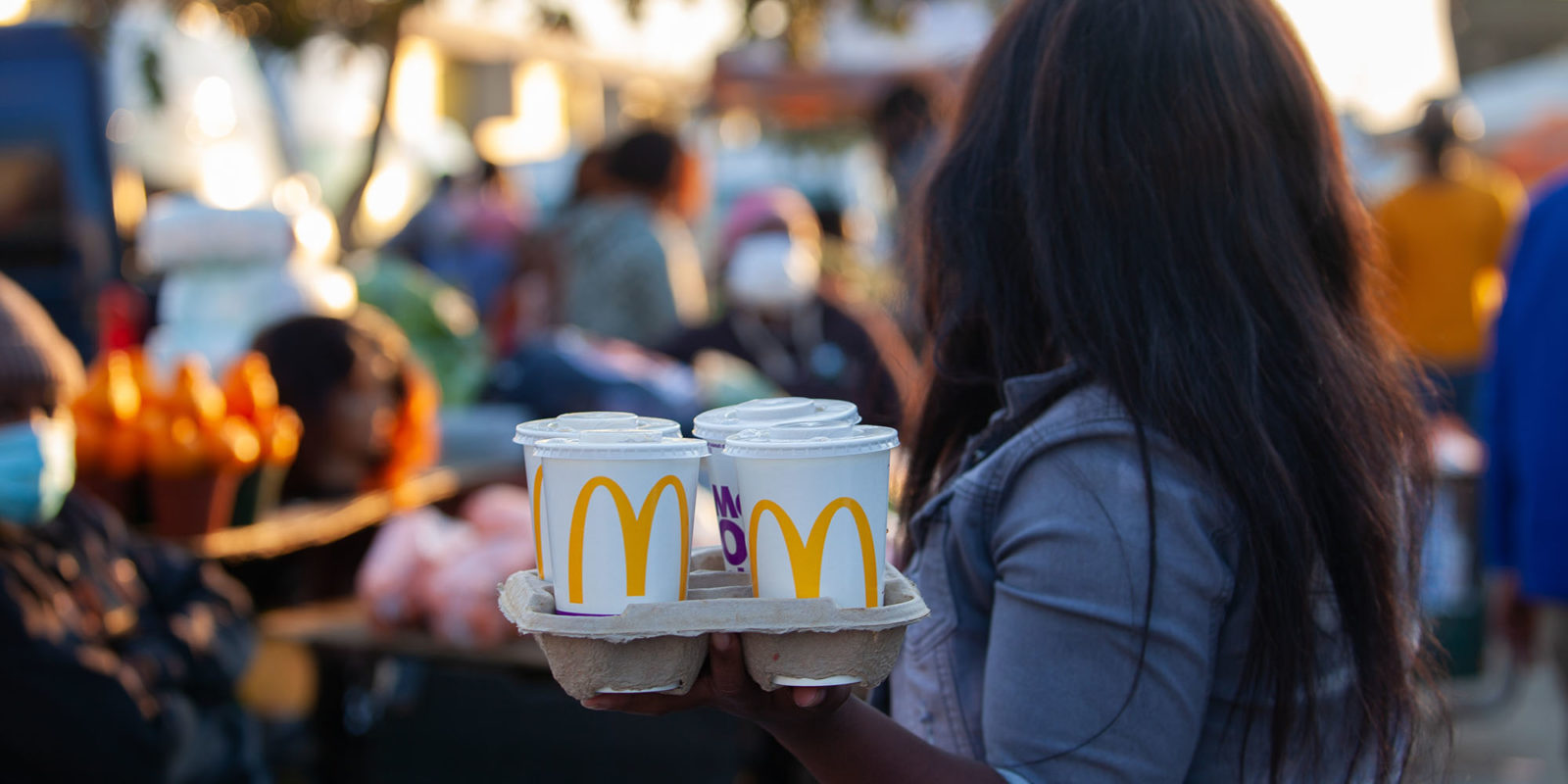 The food and beverage – or restaurant and bar – sector has been absolutely slammed by the Covid-19 lockdowns and draconian policies such as prohibition. The data on income generated by the sector make for reading so grim it could drive one to drink. But takeaways and fast food are showing signs of recovery.

The latest data on income generated by the sector, released this week by Statistics South Africa, show that in February, it remained on the ropes. During that month, it declined 24.6% year on year. Leading the downhill charge were bar sales, which fell 49.3%. Food sales were down 22.5%.

Viewed through the prism of “type of enterprise”, a far more mixed picture emerges. Income from catering services experienced a 50.3% fall from February of 2020, in the heady pre-pandemic days. Clearly, big events that get catered for remain few and far between, which, it must be said, is a good thing for Covid containment.

The toll on restaurants and coffee shops was still heavy, with a 32.4% decline. This was recorded despite the fact that the ban on alcohol sales was lifted at the start of February, allowing restaurants to sell adult beverages once again.

Interestingly, pent-up demand started to swell in the category “takeaway and fast food outlets”, which were up year on year in February by 0.1% – effectively flat, but growth is growth.

So, South Africans are starting to return in regular numbers to outlets that sell slap chips and wors rolls, and franchises such as Wimpy and KFC. They are also ordering delivery from such places. The nation’s liver has had a break, but its arteries may be getting clogged up again – though there are some salads and similar things available as takeaways.

So, what is going on here? Trends such as Uber Eats, mainly.

“People are still scared of eating out and would rather order takeaways, and a lot of this is being delivered. And people are still under financial pressure and cannot afford to eat out, but they can go for cheaper, fast food options,” Mike Schussler of Economists.co.za told Business Maverick.

Another revealing trend is seen in the month-on-month data. Overall, compared with January, when there was a 16.6% drop in income generated for the sector as a whole, February saw a month-on-month rise of 25.3%.

The month-on-month numbers have been volatile, to say the least, and highlight just how hard it must be for owners and managers in the sector to make short-term plans.

However, those spikes would have been from dreadfully low bases, and the year-on-year readings have still been deeply in the red – with the exception of takeaways and fast foods. That subsector also showed year-on-year growth in October of last year of 9.3% and its year-on-year declines in other months have not been as steep as the other subsectors.

So, one of the consequences of the pandemic may be that South Africa is truly becoming a fast food nation. DM/BM