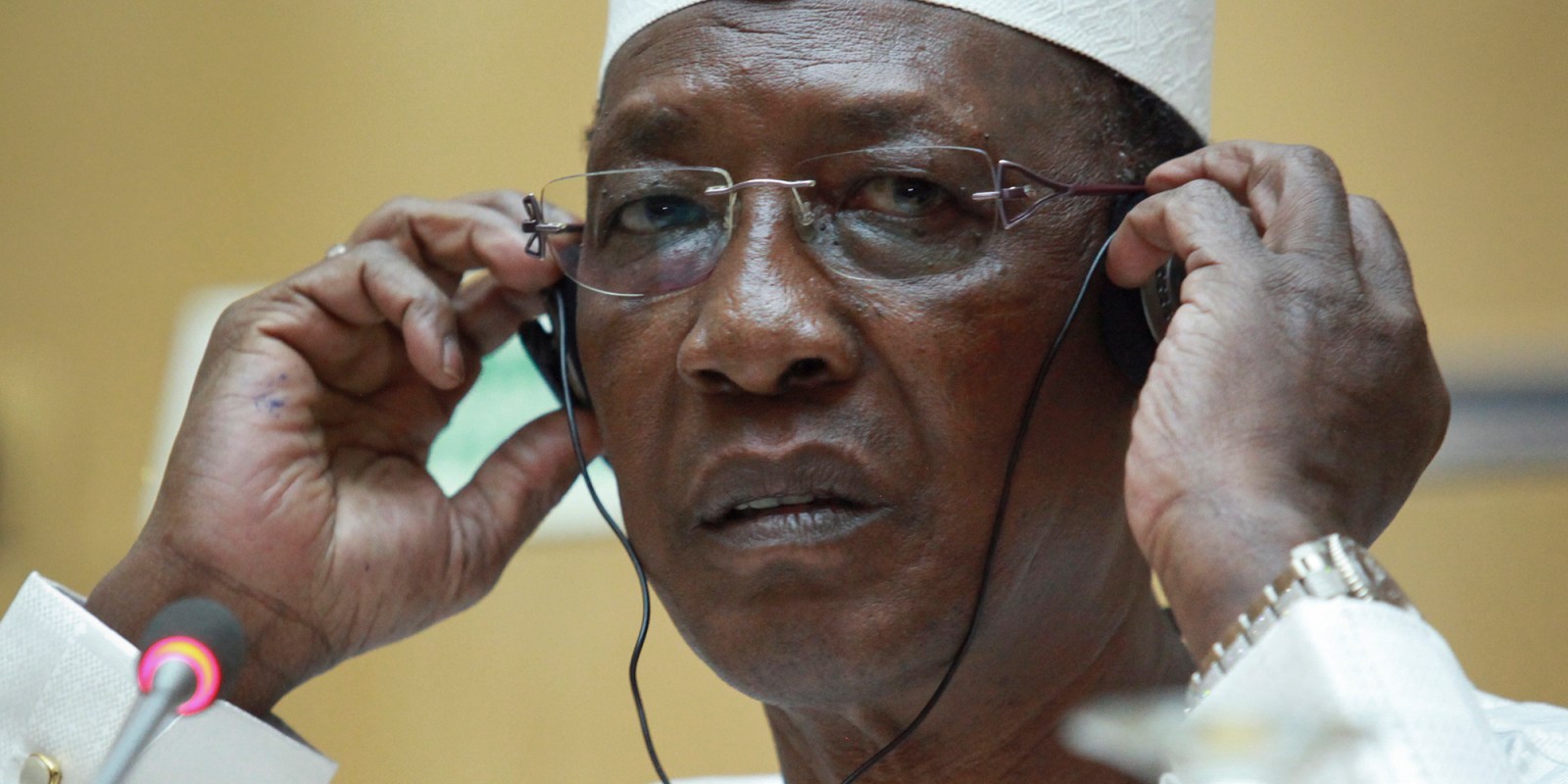 The sudden and mysterious death of Chadian strongman Idriss Deby — supposedly on the battlefield — has cast much doubt on the future stability of Chad and the region.

In power for more than 30 years, Chadian President Idriss Deby (68), a former military chief, was a key ally of Western powers in fighting violent Islamist groups in West Africa and the Sahel.

Some commentators are sceptical of the Chadian army’s explanation that Deby died on Tuesday of wounds sustained in a battle with northern rebels on Monday. They suspect that he was ousted and killed in a military coup. But the immediate installation of his son, four-star general Mahamat Idriss Deby (37) as head of an 18-month transitional military council seems to counter the coup theory.

South African officials are concerned that the new military rulers have suspended Parliament, though the generals have promised “free and democratic” elections at the end of the transition.

Some countries are evacuating their embassy staff because of the uncertainty in the wake of Deby’s death — and the possible advance of the rebels. But Pretoria believes that there is little chance of the rebels seizing the capital, N’Djamena, soon and so has given no orders yet for ambassador Titus Matlakeng and his staff to come home. However, the spouses of embassy staff could be evacuated.

Deby’s death stunned the nation, the region and Chad’s international allies just a day after he had been declared the winner in highly disputed 11 April presidential elections which much of the opposition had boycotted. This had given him a sixth term in office.

But on the day of the elections, rebels of the Front for Change and Concord in Chad (Fact) launched an attack from their bases in lawless Libya to the north.

It is not clear if self-styled “Field Marshall” Deby, a former military chief before he took power, was actually commanding Chadian forces in the battle against the rebels or was merely visiting the front to observe the fighting when he was wounded.

On Monday, the army had claimed a “great victory” in its battle against the rebels. Then on Tuesday morning army spokesman General Azem Bermandoa Agouna read a statement on state television announcing that Deby “has just breathed his last breath defending the sovereign nation on the battlefield”.

Deby’s departure will send repercussions well beyond the landlocked country in the middle of the Sahel. He had steadily strengthened his grip on power in more than 30 years in office, since toppling the brutal dictator Hissene Habre by force in 1990.

Deby was the key actor in the G5 Sahel, a coalition of five regional states — Chad, Niger, Burkina Faso, Mali and Mauritania — fighting Islamist violent extremism across the region.

He was the critical ally of France, which is the key international backer and supporter of the G5 Sahel.

“What we need to know, crucially, now, is whether his son will follow in his footsteps,” a South African official said.

“Everyone’s in this position now of trying to scramble and figure out what this actually means,” agreed Chris Vandome, research fellow in the Africa Programme of the Chatham House think tank in London.

“Part of that has been because there’s been no succession planning, either within Chad or externally. There’s been no thinking what will happen after Deby. And that’s in part because of the cult of Deby and his stranglehold on power through using the military as a means of legitimising his regime to external powers but also to keep a hold on power internally.”

Vandome was sure that, “The impact of this will resonate internally and externally for a long time.”

Though some observers suspect Deby’s death was the result of a coup, Vandome believed the installation of his son as head of the new ruling military council suggested otherwise.

Much of Chad’s central role in the G5 Sahel centred on Deby himself and his control of the military and of the state “and of the building up of the cult of Deby”.

“This doesn’t feel like a classic coup, of a military figure claiming power as it happens. This feels much more like a reactionary event.”

Chad was an unstable state which Deby had held together with an iron fist, Vandome suggested. But his departure raised questions about whether state integrity could be maintained.

“Chad has a very centralised state, and political power is essentially about the capture of the flag of the state-centred round N’Djamena. And you’ve got large swathes of the state where there’s a very uneven state presence.

“These have always been sources of insurrection. And so you get these frequent columns of ‘technicals’ [pick-up trucks with weapons mounted on the back] driving across the desert on the way to seize power.”

He noted that French airstrikes had stopped a previous rebel column advancing from the north in 2019. But whether it would do so now if the Fact rebels really challenged the new government was unclear.

But certainly Deby and Chad had been central to the French-supported G5 Sahel coalition fighting jihadist insurgents in the region.

Much of Chad’s central role in the G5 Sahel centred on Deby himself and his control of the military and of the state “and of the building up of the cult of Deby”.

“And external supporters of the G5 will be asking questions and will have to reflect on where the commitment is now, one of the key flag-wavers of that having now gone.”

Neighbouring Sudan will also be closely watching developments in Chad. Vandome noted that much insecurity in Chad was driven by the very porous borders it shared with its neighbours. His Chatham House colleague Ahmed Soliman noted that ethnic groups which straddled the borders of Chad and Sudan and Libya had created tensions and conflicts in the past.

This was particularly true of Chad’s eastern border with Sudan’s chronically troubled western region of Darfur, with each country harbouring and backing its neighbour’s rebels.

Soliman noted that in 2010 Deby and the then Sudanese president, Omar al-Bashir, had patched up this quarrel. But the ouster of Bashir in 2019 and now the death of Deby had created uncertainty about the durability of this rapprochement. DM