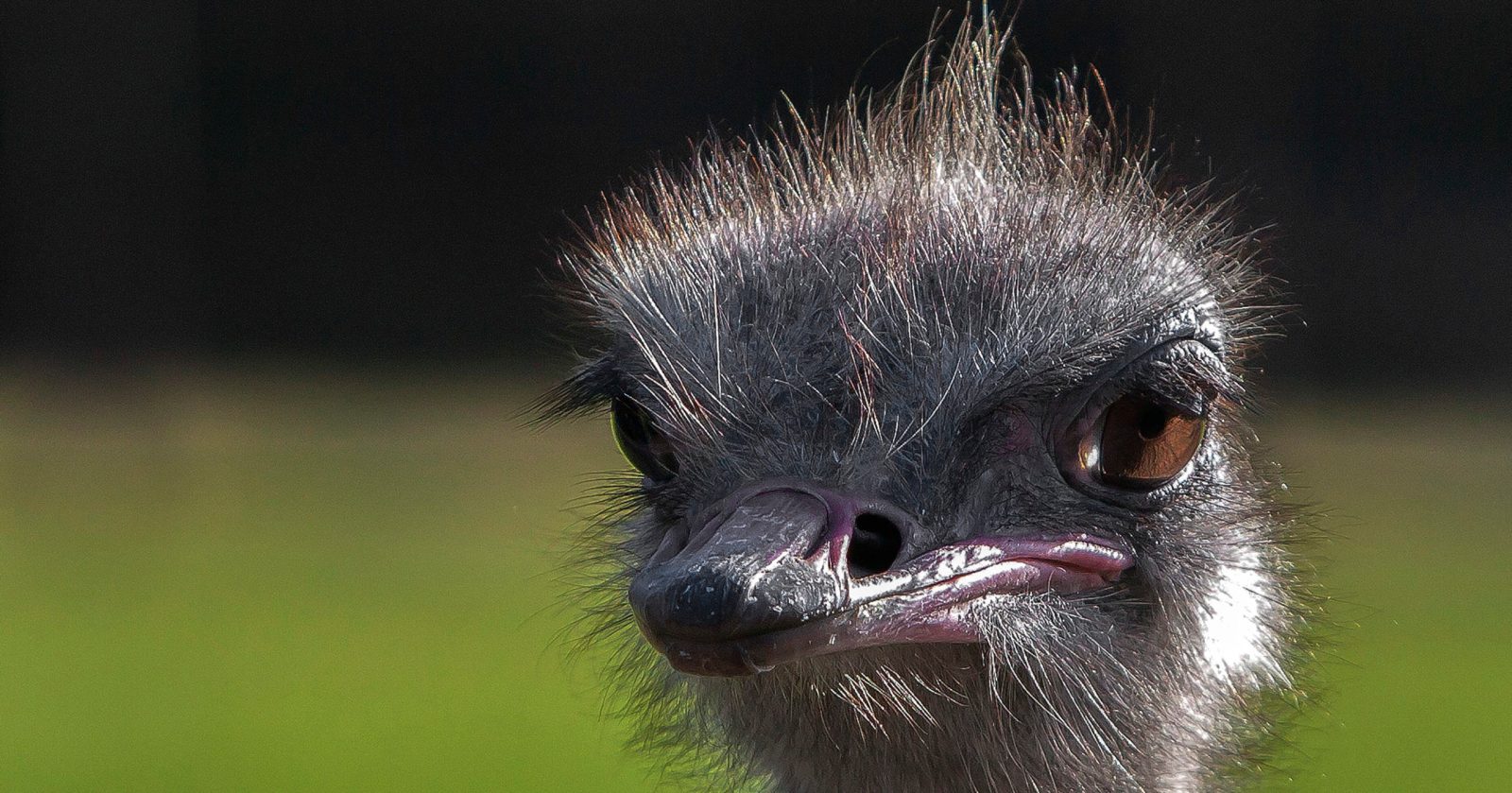 The ostrich industry in the Western Cape has contingency plans to address and mitigate the risk and spread of avian flu. (Photo: Gallo Images / The Times / Halden Krog)

The recent outbreak of avian flu in Gauteng has placed Western Cape veterinary services on high alert. Ostrich farmers and workers in the Karoo who bore the brunt of this disease in 2011 said another outbreak would cripple the industry and cause major farmworker job losses.

On Thursday, 15 April Western Cape Agriculture MEC Ivan Meyer confirmed the province was on high alert after the outbreak of avian flu in Gauteng. However, he said no such cases had been reported in the Western Cape.

“We are thankful that the South African Poultry Association has placed the whole industry on high alert and appropriate biosecurity contingency plans are being implemented. Ostrich and chicken meat on sale in retail outlets is safe for human consumption,” Meyer said.

This news has placed workers and farmers in the ostrich industry in the Karoo on edge, especially after the 2011 flu which saw at least 38,000 ostriches culled. The industry incurred a loss of about R800-million.

One of the farms forced to close its doors for two years from 2011 was Highgate Ostrich Show Farm outside Oudtshoorn where between 20 and 30 workers were laid off.

One of the affected workers, 54-year-old Ben van der Merwe, said life was so tough during those two years that he didn’t know where his next meal would come from.

When Maverick Citizen asked him if he was aware of avian flu being detected in Gauteng he said: “Oh no! You have just spoiled my entire day. I was two years at home and when the farm reopened late 2013/14 I worked a couple of days per week and then the Covid-19 and the drought came.

“Presently I sit at home and wait for the farmer to call me to come to work and then I only work for an hour. I don’t want to think about a possible breakout of avian flu in the Karoo. I don’t think that the farmers and the workers will survive. The hardest hit will be us, the workers,” he said.

Van der Merwe added: “We have survived through the generosity of farmers and donations from business people, neighbours and organisations. What are we going to do when that donation stops?”

Van der Merwe also believes he won’t be able to find a job, owing to his age. He says that with farms struggling to survive, more and more workers are forced to move to Oudtshoorn in the hope of finding jobs.

Johan Keller, from Highgate Ostrich Show Farm, further discussed its two-year closure in the 2011 outbreak. Along with his brother Viljee, the pair bought Highgate after it reopened its doors.

It was hard for the workers, he said, adding that some donations were forthcoming from business people in Oudtshoorn, while churches supplied workers with food from time to time.

“It was a very difficult time for all, including the owners who had to sell the farm due to financial challenges. The Keller family worked very hard to get their business back on track.  A lot of our loyal supports returned back to Highgate.

“We were so happy and satisfied with the market share we obtained over the years and then Covid-19 brought our business basically back to a standstill. What a terrible disaster for all of us,” he said.

“We are also facing the sixth year of drought, the worst in history and cash flow is under severe stress and a lot of challenges are facing the farming and tourism businesses in our region.”

On the threat of another possible avian flu outbreak in the ostrich industry in the Karoo, he said: “I cannot imagine if anybody can survive another tragedy.

“Some of the farmers in our region only make use of their employees two days a week due to the abnormal drought conditions that we are experiencing. Here is basically no irrigation to produce food for our cattle and ostriches. With the inflation on electricity, wages, diesel and other costs, we as farmers are busy getting bankrupt.”

Dr Adriaan Olivier, a veterinarian, said poultry was affected by the H5N8 strain of avian flu during a 2017 outbreak in South Africa. He said it was later detected in ostriches, poultry and wild birds in the Western Cape.

Olivier said that any avian influenza outbreak was severely disruptive to the industry as it prevented exports in varying degrees. The ostrich industry, he said, needed to comply with international trade health attestations which could not be certified in the light of the outbreak.

He said that primary production would also face severe disruption as producers lost confidence in both the process of disease control and the envisioned exit strategy to reinstate exports.

“Both these disruptive factors lead to significant socioeconomic frailties in a rural economy based on agriculture. The South African economy is losing, with limited export opportunities and the social fibre of rural development is eroded. We are not at the levels of export that is possible to achieve this,” Olivier said.

He said that although some farmers and sectors of the industry had recovered since the last outbreak, primary producers were suffering to regain a foothold in the market and momentum in production.

“The measurement of Covid-19 lockdown, the impact on the economy, the drought and the disruption of avian influenza is difficult to quantify as there are both direct and indirect effects on employment and wellbeing of stakeholders.

“Many farmers had to scale down just as others, such as in the dairy industry. We have seen a reduction in producers as well as bird numbers over the years, since 2011. Fewer producers have led to agriculture and tourism being shed directly. Pre-2011 there were around 1,000 registered ostrich production units. Currently, this number is around 350 production units and constantly declining,” he said.

Olivier emphasised that the Covid-19 situation and the drought had made production extremely difficult and pushed producers into survival mode.

When asked what would happen if avian influenza hit the Karoo again, Olivier said: “The industry has contingency plans to address and mitigate the risk. The National Department of Agriculture must create an environment for appropriate control, to enable export and resulting prosperity for rural economies. If that is so, the ostrich industry will be able to stand up and contribute more to SA’s agriculture environment.”

“Farmers and poultry producers are encouraged to heighten their biosecurity measures to prevent potential virus introduction from wild birds or their faeces.