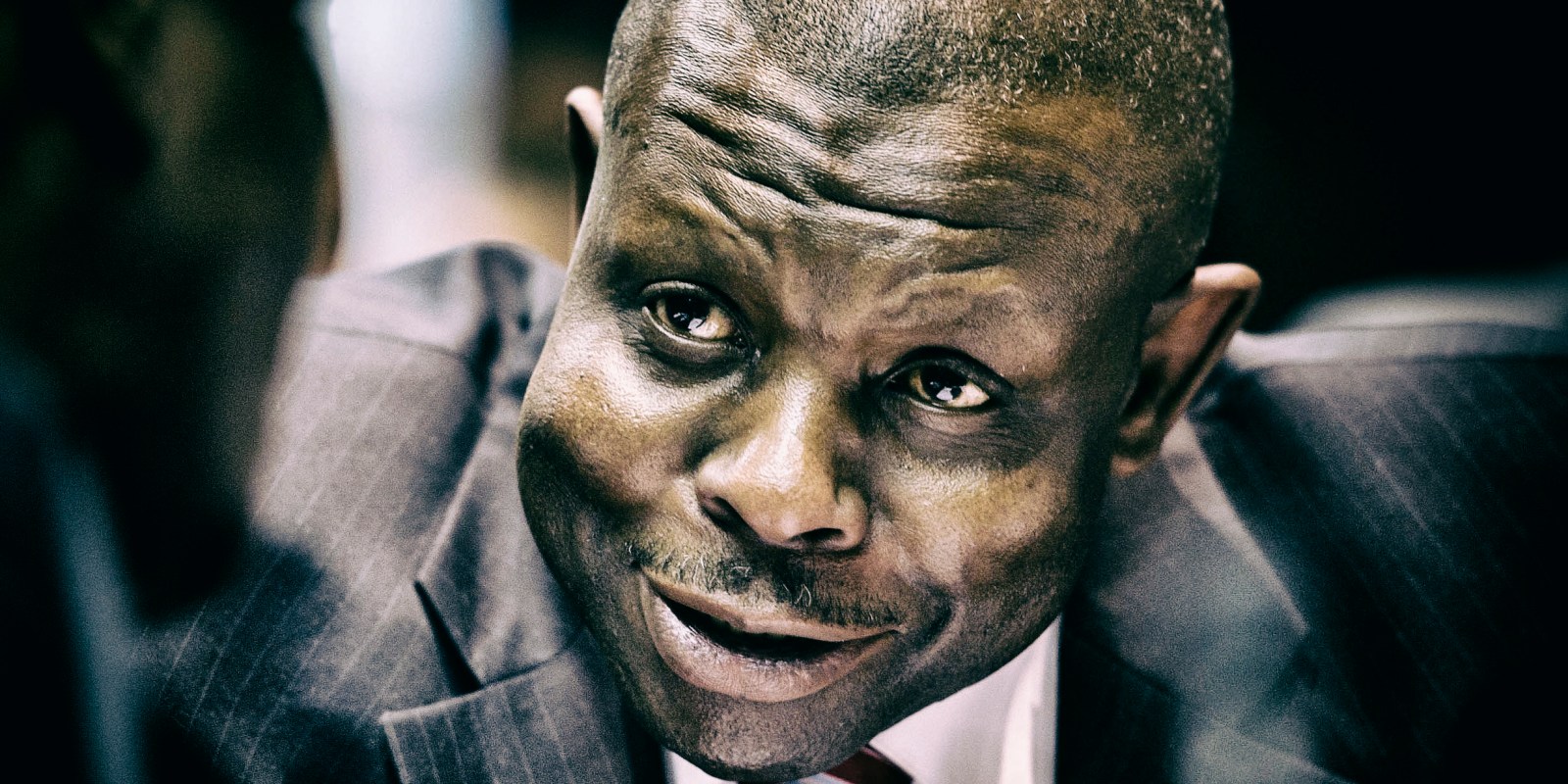 The Judge President of a division who appears to be a source of, and/or object of, so much fear, loathing and outright hostility among fellow judges will get to quiz those seeking a position on his Bench.

The Judicial Service Commission (JSC) has let it be known that Western Cape Judge President John Hlophe will be present at the interviews on Friday, 23 April of candidates for two vacant positions in his own fraught division.

Hlophe’s intention to appear at the interviews and the JSC’s communication on 19 April that the Judge President will be doing so, occur in a sort of legal vacuum, a place in which Hlophe thrives.

It took more than 13 years for a complaint about Hlophe’s inappropriate approach to two Constitutional Court judges in 2008 to be heard by a Judicial Conduct Tribunal, chaired by retired Judge Joop Labuschagne, which unanimously found Hlophe guilty of gross misconduct.

Hlophe later issued a statement through his lawyer Barnabas Xulu that the Judge President “fundamentally disagreed with the factual and legal findings” of the tribunal and has taken these on appeal.

Calls by the Cape Bar Council, Western Cape Premier Alan Winde and Freedom Under Law (FUL) to delay the interviewing of judges in Hlophe’s division until the JSC has made up its mind whether it agrees with the tribunal’s finding that Hlophe is guilty of gross misconduct, have gone unheeded.

In 2016, when FUL queried Hlophe’s participation in interviews for the Bench and considering pending matters with the JSC, commission secretary Sello Chiloane responded that there was nothing stopping Hlophe from participating.

Back then, Chiloane said Hlophe had not been suspended nor had he been found guilty, thus “there is no bar preventing Judge Hlophe [from] carrying out his responsibilities as the Judge President of the Western Cape Division of the High Court”.

But now that the tribunal has delivered a guilty verdict, it seems the JSC finds itself, once again, caught in Hlophe’s headlights, backtracking on its own 2016 statement to FUL.

The Judge President of a division who appears to be a source of, and/or object of, so much fear, loathing and outright hostility among fellow judges will get to quiz those seeking a position on his Bench.

Until someone makes the first move, Hlophe is still the Judge President of the Western Cape and it would be within his character and modus operandi to cock a snook at anyone thinking he would step out of the ring at this late stage.

Between the JSC making a decision and the possible suspension of Hlophe by President Cyril Ramaphosa pending the impeachment process, Hlophe will continue to operate in the vacuum.

Issues that are bound to swirl about the interviews are not only Hlophe’s standing in relation to various complaints against him, but also accusations by his estranged deputy, Patricia Goliath, of repeatedly recommending the same candidates as acting judges wh0 then find permanent placement.

Among the seven candidates who have been put forward for two positions on the Western Cape Bench, the most controversial is perhaps Bryan Hack, a member of the right-wing Conservative Students’ Alliance at UCT in the late 1970s.

Hack, who was 22 at the time, was charged with bombing the home of Colin Eglin, then leader of the PFP opposition. He was charged alongside David Beelders and Arnold van der Westhuizen under the Terrorism Act of the time, but was acquitted.

Hack has publicly admitted he is a friend of the Hlophe family and attended the Judge President’s wedding to Judge Gayaat Salie-Hlophe.

In 2019, as an acting judge in the division, Hack was responsible for a landmark ruling in relation to the National Credit Act and the use of garnishee orders by lenders to settle debts, especially by over-indebted poor borrowers.

Another interesting name on the shortlist is Acting Judge Frederick Sievers, who has served three terms since 2018. Hlophe has described Sievers as “an extremely talented member of the bar” while Goliath has accused Sievers of “micromanaging” her.

It was Sievers who ruled in 2020 that pharmaceutical giant Clicks could not have a beneficial interest in Unicorn Pharmaceuticals, because it contravened the Pharmacy Act.

The case was noteworthy in that the Department of Health had dismissed the concerns of community pharmacists in the matter.

Only two women made the shortlist, advocates Penelope Magona-Dano and Nobahle Mangcu-Lockwood. In 2021 Mangcu-Lockwood ruled against the Kannaland Municipality barring the council from pushing through a R735-million deal outsourcing water and electricity.

Magona-Dano in 2020 handed down a judgment that the Intestate Succession Act discriminated against unmarried life partners.

Other candidates are Matthew Francis, Selwyn Hockey and Daniel Thulare.

Thulare is the Chief Magistrate of Cape Town. In October 2020, Acting Judge Selwyn Hockey prevented the City of Cape Town from confiscating the belongings of 30 individuals who had set up home on a grass verge near an old age home from which they had been evicted.

With this round of judicial interviews taking place in a highly politicised climate combined with the untenable tensions in the judiciary itself, with Chief Justice Mogoeng Mogoeng at the centre, Hlophe may feel right at home. DM