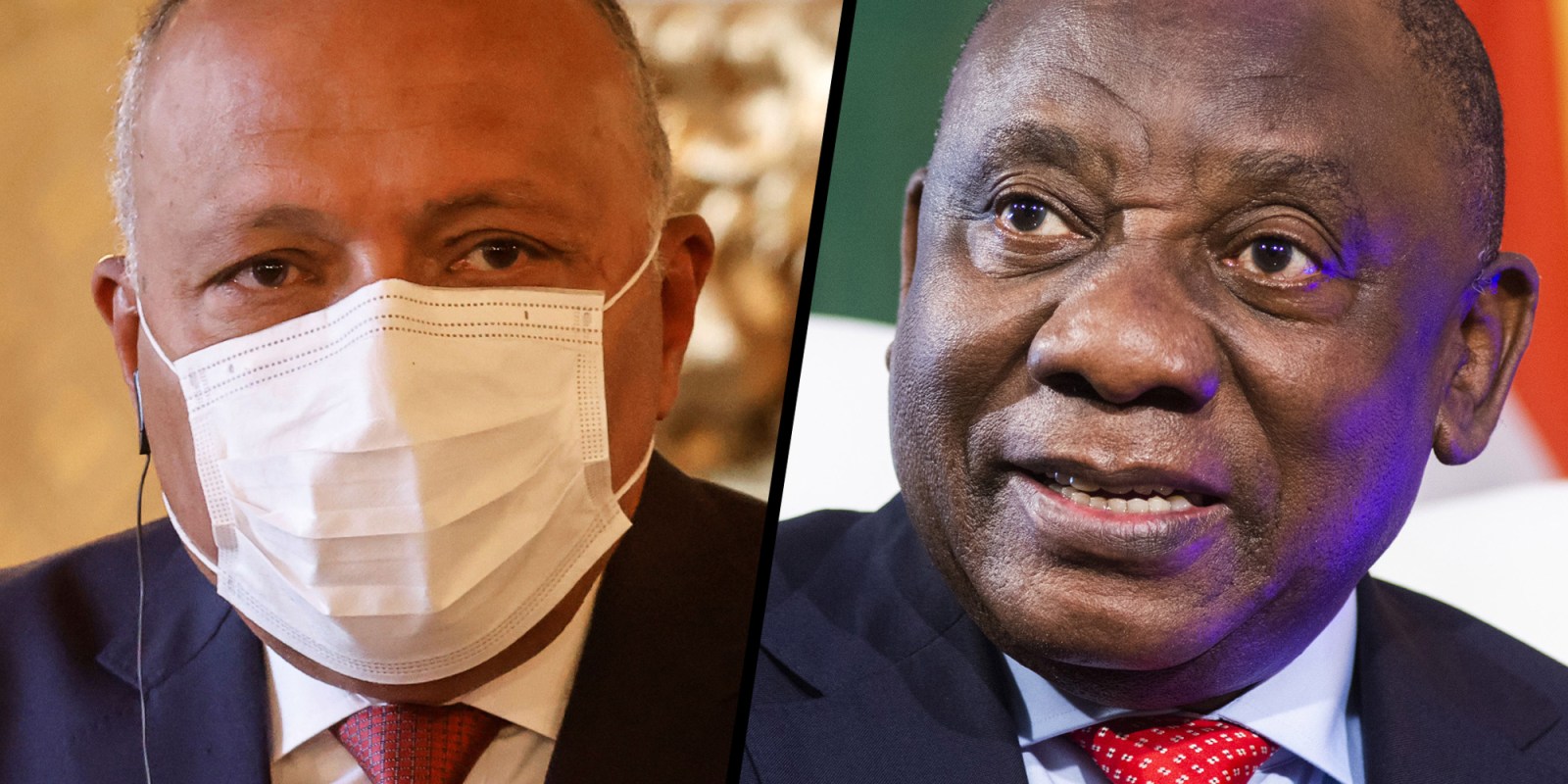 With tension mounting over Ethiopia’s construction of a giant dam on the Nile, Egypt’s foreign minister is to meet President Ramaphosa in Pretoria on Tuesday to seek support for Cairo’s objection to Addis Ababa’s unilateral filling of the reservoir.

Egyptian officials said foreign minister Sameh Shoukry would carry a message to President Cyril Ramaphosa from Egyptian President Abdel Fattah El-Sisi, who is trying to mobilise international action to pre-empt Ethiopia from proceeding with the second filling of the Grand Ethiopian Renaissance Dam (GERD) during the next rainy season in July.

Shoukry also visited Kenya and Comoros on Monday and was due also to travel to Tunisia, Niger, Senegal and Democratic Republic of Congo on a seven-nation African tour to try to drum up support for Egypt’s demands, the officials said.

Egypt seems to be trying, for a second time in a year, to get the UN Security Council to take up its dispute with Ethiopia over the 74 billion cubic metre GERD that Ethiopia is building on the Blue Nile, upstream of Egypt and Sudan, to generate 6.45 gigawatts of hydro-electric power.

Egypt depends on the Nile for more than 90% of its drinking water and fears the dam will substantially reduce its supply. Sudan is also worried about the impact of the dam. Both have been seeking a legal agreement that would bind Ethiopia on how much water it can retain or release. But after 16 months of negotiations, Addis Ababa has refused to be legally bound.

On Sunday Shoukry wrote to the UN Security Council, urging the international community to persuade Ethiopia not to take any action on the dam before reaching such a legally binding agreement with Egypt and Sudan.

He warned that failure to reach an agreement would harm the water interests and security of Egypt and Sudan and increase tensions throughout East Africa and the Horn of Africa.

This failure would also “constitute a serious threat to international peace and security”.

Though Egyptian officials would not divulge the precise contents of El-Sisi’s message to Ramaphosa and the six other African leaders Shoukry is meeting, his characterisation of the GERD dispute as a threat to international peace and security suggests that he is seeking support for the dispute to be referred to the UN Security Council.

The Security Council’s mandate is specifically to address threats to international peace and security.  After six months of failed negotiations with Ethiopia and Sudan under US mediation, Egypt tried to refer the dispute to the UN Security Council in 2020.

But in July, President Ramaphosa, who was then chairing the African Union (AU), intervened to persuade the three negotiating countries that GERD was an African issue that should be solved by Africans.

The countries agreed to refer the dispute to the AU and South Africa, as chair, led the mediation. Ethiopia immediately proceeded to fill part of the dam, though it is still under construction. Egypt and Sudan protested vehemently, but agreed to proceed with negotiations.

However, South Africa also failed to broker a deal.

When South Africa handed over the chair of the AU to DRC in February 2021, Egypt and Sudan tried to widen the mediation to include the UN, US and European Union, in addition to the AU, but Ethiopia rejected this.

The AU mediation continued, under DRC, but another round of negotiations in Kinshasa earlier this month also failed to resolve the dispute.

El-Sisi then rattled sabres, warning that “I am telling our brothers in Ethiopia, let’s not reach the point where you touch a drop of Egypt’s water, because all options are open.

“We have witnessed the cost of any confrontation,” El-Sisi added, without elaborating.

Sudan’s irrigation minister Yasser Abbas, meanwhile, also said all options were open, but only mentioned referring the dispute to the UN Security Council if Ethiopia embarked on a second filling of the dam without agreement among the three countries.

Daily Maverick approached Ramaphosa’s office to confirm Tuesday’s meeting with Shoukry, but had received no reply at the time of publication. DM