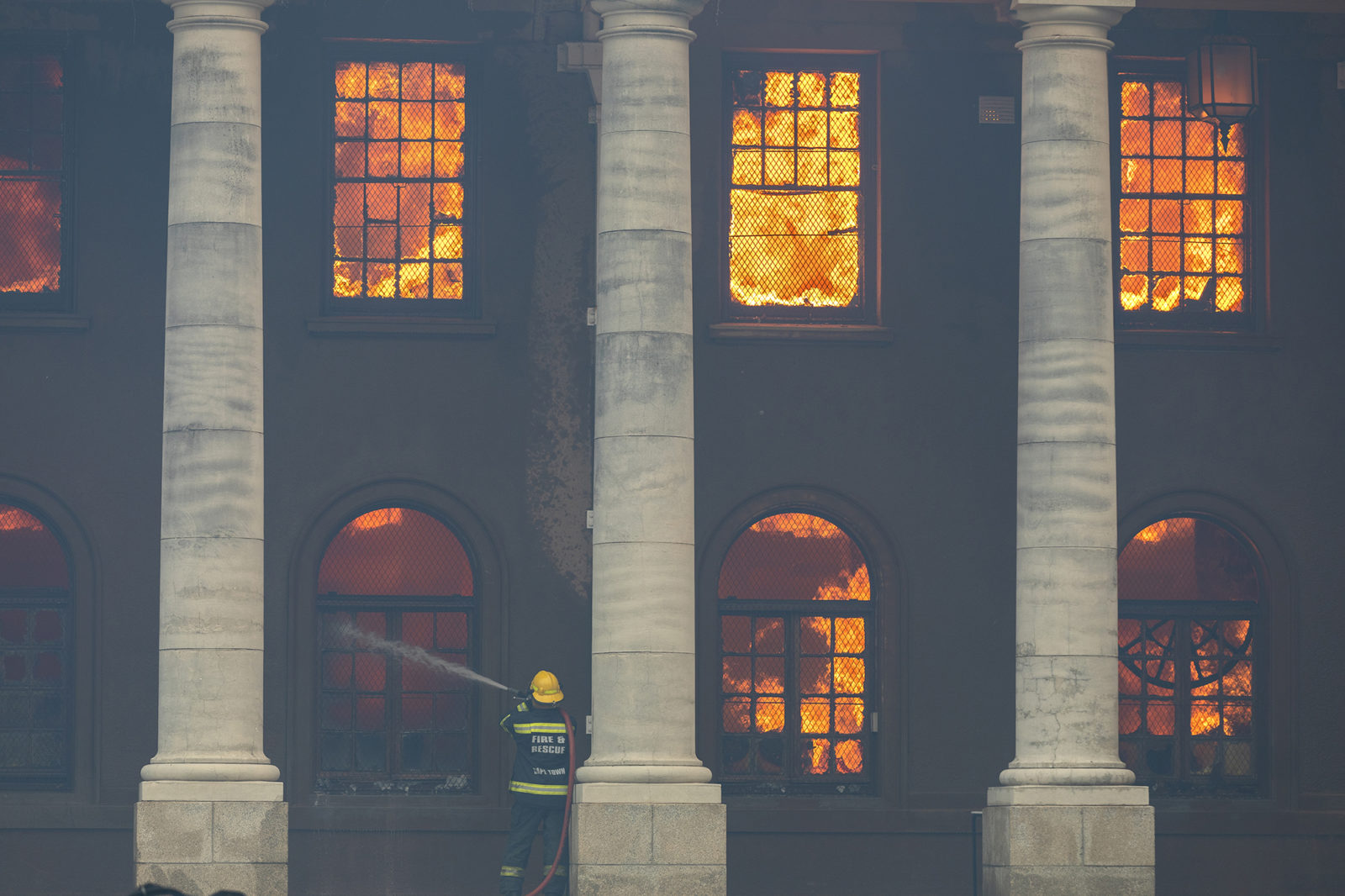 A firefighter battles the blaze that destroyed the nearly 200-year-old Jagger Library on the University of Cape Town campus on 18 April. A fire on the slopes of Table Mountain National Park raged out of control in strong winds and caused extensive damage to UCT and many buildings around the nearly 200-year-old university, founded in 1829. All students were evacuated from campus and several firefighters were injured. (Photo: EPA-EFE / Nic Bothma)

A fire ravaged parts of Cape Town on Sunday 18 April. Firefighters fought to contain the runaway veld fire which spread along the slopes of Table Mountain and gutted parts of Rhodes Memorial and the University of Cape Town (UCT). UCT students have been evacuated from residences and a firefighter has been taken to hospital to be treated for burns, according to the City of Cape Town. The historic Mostert’s Mill in Mowbray was destroyed in the blaze.

The abalone connection: The ties that bind poaching and smuggling with the SA crystal meth industry