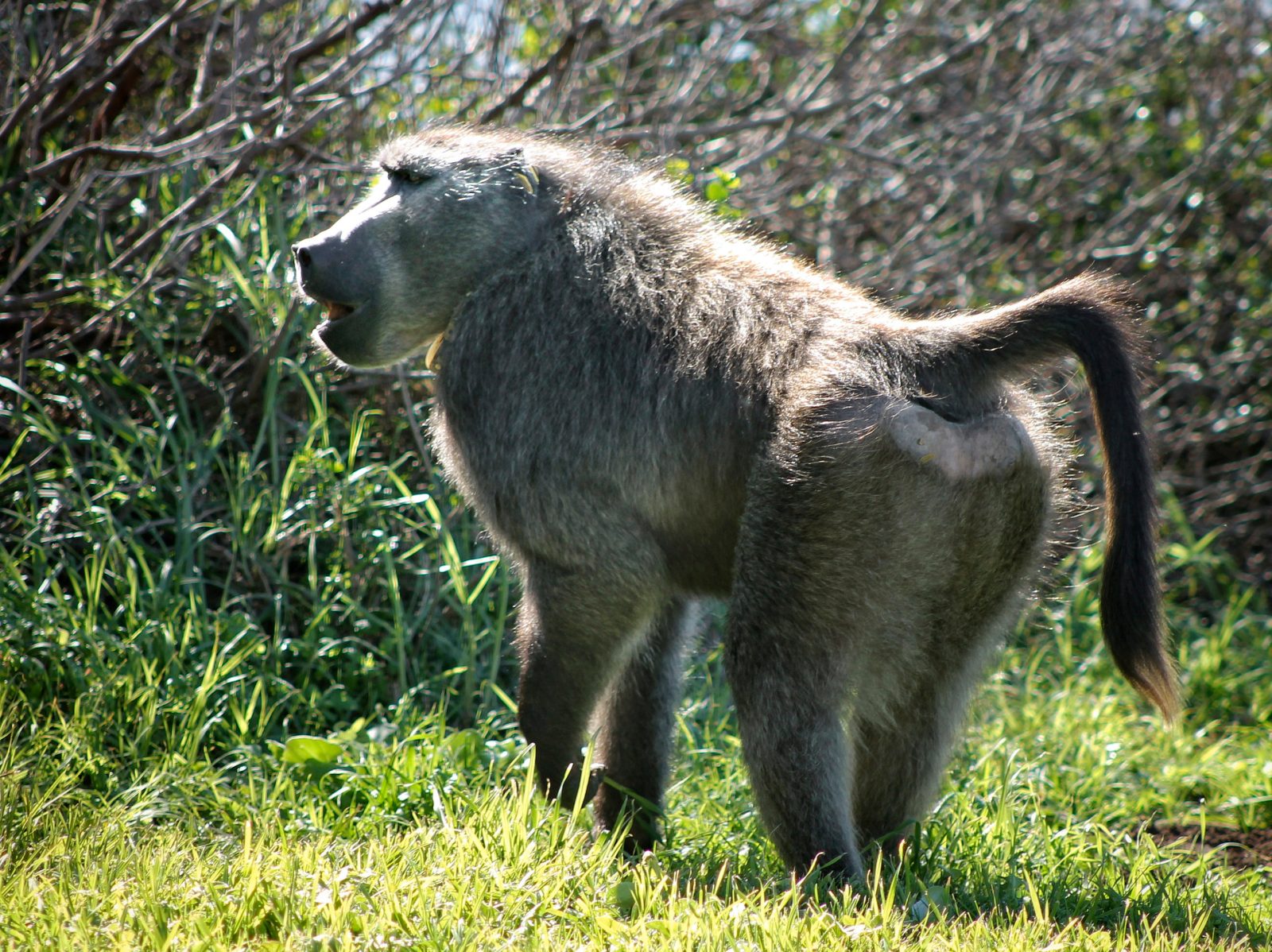 Philemon looking up at either the rangers in the road or other troop members in the bushes. (Photo: Anya Adendorff)

The suburban war being waged against baboons appears to be getting a shot in the arm from City of Cape Town officials while being enabled by a small core of disgruntled Cape Peninsula residents. This ‘man versus nature’ stance not only threatens the existence of baboons in the area, but also grossly undermines the efforts of environmentalists and the credibility of conservation in the region.

I have been a Councillor Appointed Representative for Baboons (CARBS) in the Scarborough, Cape Town area since the end of 2019. I have attended many CARBS meetings during that time and witnessed the circumstances around some of the more publicly notorious killings and removals of baboons. I am left with certain distressing impressions:

In summary, the entire baboon “management” situation is a complete circus, which was well highlighted by Christi Nortier’s article in Daily Maverick on 12 April. I can only describe ward councillor Simon-Liell-Cock’s quotes about “fake news” and “fringe views” as something a certain American president would have been proud of.

However, rather than rehash the contents of that article, I wanted to put forward my account of the lies and manipulations that resulted in the death of Philemon, the alpha male of the Smitswinkel Bay troop:

On Tuesday 9 March I attended the quarterly CARBS meeting via Zoom. While many of us were hoping to hear from the new service provider NCC regarding any insights or improvements it was making in its daily management and education strategies, it seemed that NCC had been instructed to remain in the background in this meeting and questions asked by myself and others tended to be answered by the researchers and Julia Wood, from the city’s biodiversity portfolio.

As usual, the CARBS reps that spoke up appealed to be given information and suggestions for how we could assist baboon monitors and the service provider in keeping baboons safely out of the urban areas. We made suggestions where we felt waste management and other strategies were needed and emphasised that communities, on the whole, wanted to prevent baboon deaths. As usual, we heard the same rhetoric about how killing baboons was the last thing any of the authorities wanted — words which we know by now are utterly meaningless, yet stupidly, we somehow always hope that maybe this time they actually mean it.

As the meeting was concluding, a certain Mike Gibson from Murdoch Valley joined via Zoom and asked to speak. Mr Gibson, in contrast to every other CARBS rep at the meeting, claimed that the baboons in his area were out of control and blamed “baboon activists” for preventing the city from killing enough baboons to allow residents in the area to live in peace.

He claimed that the new service provider was useless and not taking enough action against the baboons and lamented the fact that the city was being hamstrung by the pro-baboon brigade. He appealed to the city to stop listening to such people and to carry out their mandate to remove problem baboons.

Other CARBS reps and I were utterly horrified by these sentiments and extremely distressed that they came when the meeting had been concluded, meaning we could not engage Mr Gibson or the authorities about what he had said.

However, at that point Alderman Felicity Purchase spoke up, saying that if the baboons had increased the time they were spending in Murdoch Valley, that there was obviously some attractant in the area (she mentioned waste disposal and fruit trees as possibilities) that needed to be addressed and there would be absolutely no consideration of “removing” any baboons until the human side of things had been properly investigated and addressed. As CARBS reps, we took this statement as very firm reassurance that there was a commitment to sort out the attractants and that no baboons would be harmed.

Yet here we sit only a few weeks later and Philemon, the healthy alpha male of his troop, is dead. Dead because, according to the Daily Maverick article previously referenced, he dared to enter Mike Gibson’s unprotected vegetable patch. This individual waged a private war against the baboons and, with the help of a small group of residents who could not be bothered to baboon-proof their properties, despite living in a pristine area on the borders of a national park, he got the powers that be on his side and he got his way.

The authorities and service provider can attempt to hide behind the protocols and guidelines, but it is very obvious that without pressure from Mr Gibson, Philemon would still be alive. After all, entering the urban area and eating from unsecured waste and vegetable gardens, although undesirable, is not dangerous behaviour and does not warrant execution.

Furthermore, nowhere near sufficient time and effort were given to attend to removing or securing the attractants so clearly responsible for bringing the baboons into the area — the sad irony being that it appears Mr Gibson is one of the worst culprits in this regard with his constant complaints about baboons in his vegetable patch.

Once again, we were lied to at the CARBS meeting. The assurances that the human element would be dealt with and that baboons would not be killed was a complete fabrication. The “we don’t want to kill healthy baboons” rhetoric was nothing more than placatory nonsense.

Once again, the majority of CARBS reps were treated as fools and the public and baboons have been shown utter contempt. We were not informed that there were any plans to kill Philemon and we were not even given the “courtesy” notification after the fact.

The person who believed she was the CARBS rep for the area has apparently been sidelined with no consultation, clearly because it suits the ward councillor to have someone who supports the killing of baboons in this position instead. Most residents in the area feel shocked and betrayed at events, yet seem to have no recourse to have their voices heard or to change the status quo.

The city is failing baboons and members of the public who wish to treat all life with respect and leave a legacy of caring for the environment and the life it supports for future generations. They are ignoring the wishes of the communities they are supposed to serve and picking and choosing who to listen to and engage with, depending on their agenda. They should be ashamed of themselves. DM/MC

Daily Maverick did send Mike Gibson the extracts which refer to him personally. Gibson has not responded. Instead, the City of Cape Town’s Senior Liaison Officer was sent the questions by Gibson and she sent a response from Alderman Felicity Purchase, who does not address the claims directly. Read Purchase’s defence here: