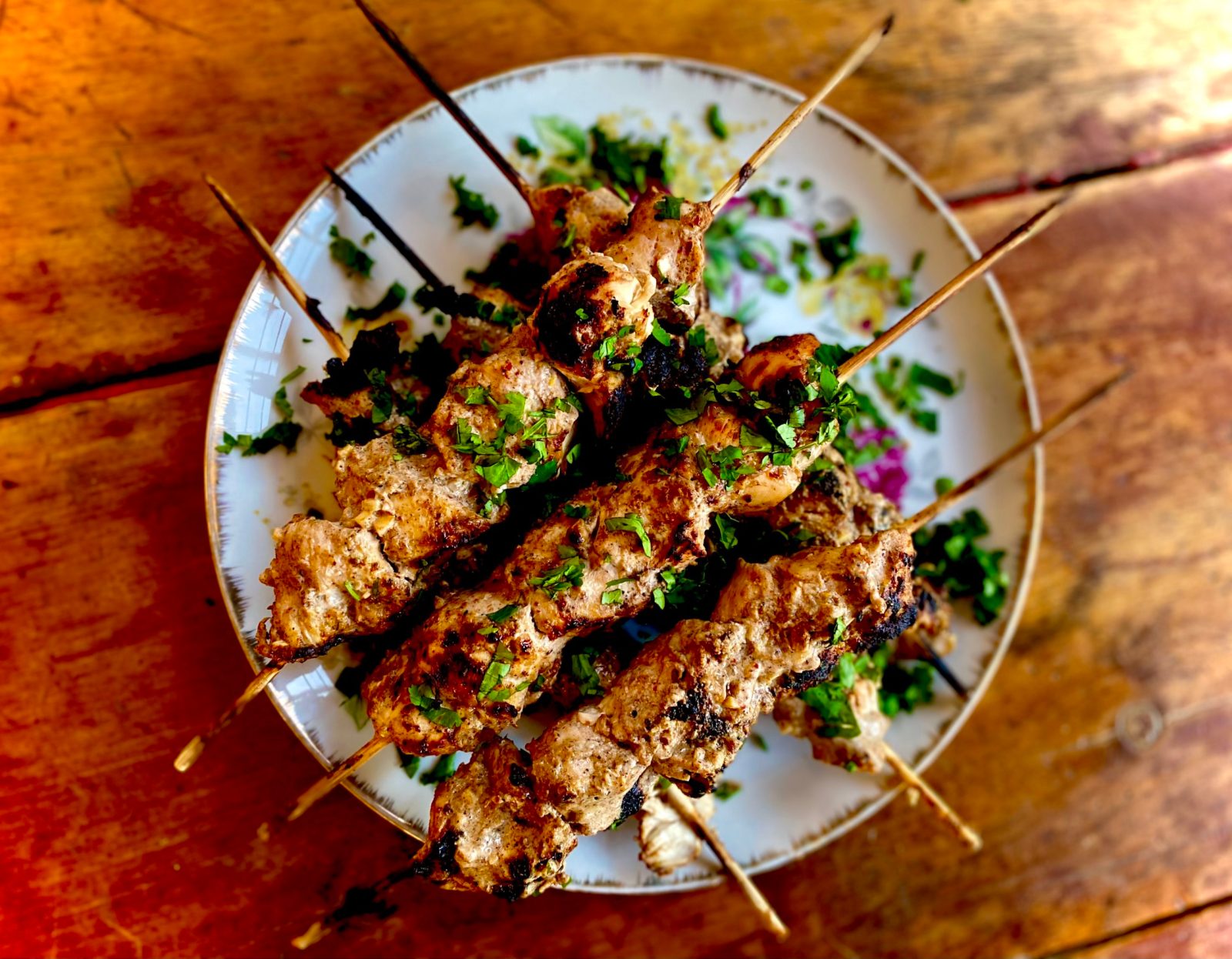 The differences that changed circumstances can make are sharpened when, six years after one thing happened and a year after another weird event changed your and everybody else’s life, you stop and look around and take stock of where you are. Cradock, for me, but more than that. The combination of moving to this complicated small town (it’s a long story) six-and-a-half-years ago and the pandemic and ensuing lockdown that came a year ago have done something I’d never expected: they’ve turned me into a much better cook.

I readily confess that I didn’t rate my own cooking very highly at all back then, even though I had a food column in a weekend newspaper in Cape Town for seven years; that was always about talking about the joys and wonders of food and its making, with a recipe thrown in because that’s what the editor wanted. I’d pitched a weekly food column in the way of the one I’d had in the Cape Times a decade earlier. There were no recipes in that. No no, there has to be a recipe, I was told. Oh no no no I don’t do recipes I said. I write about food but I don’t write recipes. Well. I did them. I had to.

Food writing and subsequently recipe writing and development just kind of grabbed me and took me. I had very little to do with it. Now, though, cooking is as much a part of my life as writing.

Back then, I was just too timid in the kitchen, too lacking in the chutzpah it takes to try something new and be damned with the consequences. Then… came … lockdown. On a whim I decided, last April, that we should have Lockdown Recipes of the Day in my Daily Maverick TGIFood pages. Hooboy. Did I know what I was in for? Not really. A recipe a day means a new recipe a day. You can’t repeat anything. Ever. For the first few months I had various contributors helping me out, but by late winter I had found a new confidence: the confidence to come up with a new recipe every day, with very few exceptions. (Ironically, today, Friday the 16th, is one of those now rare exceptions.) For months on end, weeks on end, five days a week on end, I’ve been researching, trying, testing, sitting out back writing down recipes using the notes app on my iPhone, then buying the ingredients and cooking whatever the newest recipe might be.

I had never, ever, baked bread, except for a solitary braai beer loaf. Now I have a small range of braai bread recipes and even a farm loaf I made up all by myself, mixing ingredients and taking chances and, whoahhhh, it worked. Truly bizarre for me to think that. I had never baked muffins, made my own salsas and other exotic relishes other than the occasional sambal and chutney. I had never made jam or marmalade; now I make my own jams and marmalade – without a recipe. I grab the ingredients and the big heavy pot, and just cook. Fig jam. Wild watermelon marmalade (watch for that one in the coming days). I ask myself, what?! … where did this come from? Somehow, I seem to have found the knack for it. All sorts of bits and pieces of my food knowledge have fallen into place, like a puzzle forming itself. I don’t at all mean to boast about my present cooking abilities, and there’s something new to learn every day, and to pass on to you. I’m just grateful, though I could have done without a blimmin’ pandemic to give me the wakeup call I clearly needed.

It’s not that I couldn’t cook. I’d been cooking since I was about eight. But what a limited palette I had, without having really thought about it. Another irony: We had our own restaurant in the days when I really should have been trying out many more dishes. My range now, well … it would make more sense to open one right now, in truth.

For which I have no plans. But I will be cooking just a little at next weekend’s Karoo Food Festival in Cradock. I’ll be making my tandoori-spiced chicken sosaties, not in a tandoor but on the braai. And yes, I have a small ambition to buy a tandoor one of these days.

Mine, though, will be a very minor part in a pretty big festival, certainly in terms of its scope. There will be traditional and modern Karoo Food, a farmers’ market with local entrepreneurs, crafters, makers and bakers, outdoor activities compliments of the energetic lads of Trip’n (who make splendid coffee too, when they’re not taking you river tubing, whatever that is), events at Oukop Hill and at Egg Rock.

At dining venues from the Tuishuise & Victoria Manor, KarooBrew (where Nieu-Bethesda Herb Queen Barbara Weitz will be sharing her fascinating way with food and herbs next Saturday) and The Shed to the Black Sheep and True Living, and on farms such as Waterval, Mulberry Grove, Orange Grove, and Jenkin’s Creek, Cradock’s locals and friends from nearby towns will show off what Karoo food and hospitality are all about.

I’m proud to be a humble part of it. And grateful to have become a better cook. Find out more about the festival by calling Karen McEwan on 082 397 8698 or visiting [email protected]. You’ll find me somewhere outside a marquee with braai tongs in hand and wielding skewers. See you there. DM/TGIFood