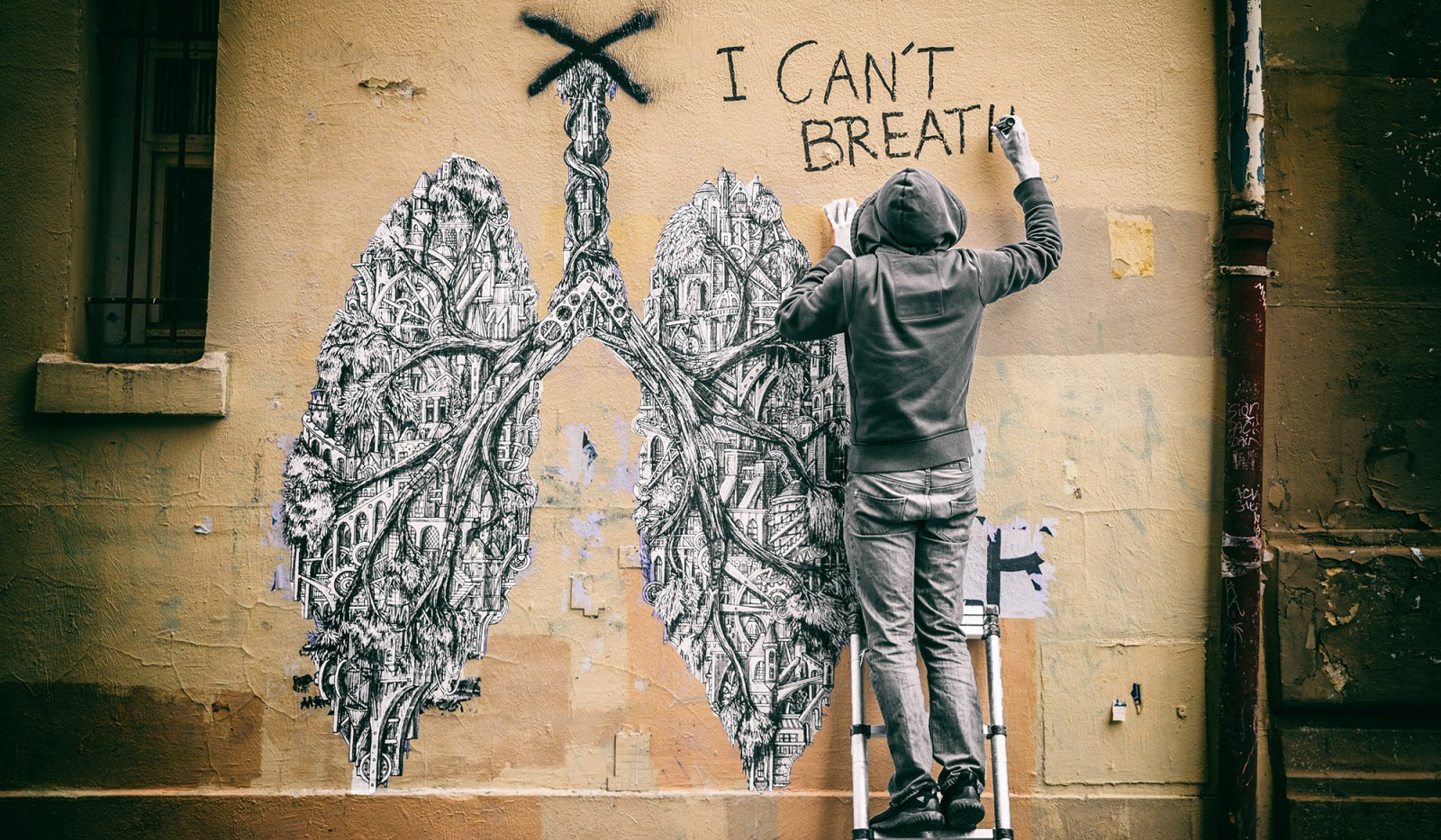 Street artist Ardif works on the paste-up of a graffito on a building in Rue Oberkampf, Paris, in the wake of George Floyd's death in 2020. (Photo: EPA-EFE / MOHAMMED BADRA)

On day 14 of Chauvin’s murder trial the prosecution rested its case, with the former policeman invoking his Fifth Amendment right not to testify.

At the start of court proceedings on Thursday morning the 45-year-old – charged with second-degree manslaughter and second- and third-degree murder – told the court that while he understood that he had the option to testify, he chose not to: “I will invoke my Fifth Amendment privilege today.”

Chauvin is notorious for leaning on the back of African-American George Floyd’s neck for nine minutes and 29 seconds in Minneapolis on 25 May 2020. Over more than 10 days the prosecution brought in a number of experts and evidence to show that Floyd’s death was directly attributable to Chauvin placing his knee on the prone Floyd’s neck and putting his full weight on him.

Fowler had told the court: “In my opinion, Mr Floyd had a sudden cardiac arrhythmia… due to his artherosclerotic and hypertensive heart disease – you can write that down multiple different ways, during his restraint and subdual by the police.

“And then his significant contributory conditions would be – since I’ve already put the heart disease in part one – he would have the toxicology, the fentanyl and methamphetamine, there is exposure to a vehicle exhaust so potentially carbon monoxide poisoning or at least an effect from increased carbon monoxide in his bloodstream… so all of those combined to cause Mr Floyd’s death.”

On cross-examination by prosecutor Jerry Blackwell on Wednesday, Fowler admitted that he actually did not know if the vehicle which he said had exposed Floyd to ingesting carbon monoxide, was even on. Fowler also admitted that when he had accounted for Chauvin’s weight on Floyd’s neck, he had not factored in Chauvin’s police equipment, which could add about 15kg to the overall weight being brought to bear on Floyd.

In rebuttal on Thursday, the State recalled pulmonologist and critical care specialist, Dr Martin Tobin, to the stand in rebuttal of Fowler’s testimony. Reintroducing Tobin, Blackwell pointed out that the doctor had “studied the physiology of breathing for 46 years”.

Asked if he agreed with the statement that, “in seven minutes Mr Floyd’s carboxyhaemoglobin could have increased by 10 to 18%”, Tobin replied: “No, I do not.”

Blackwell then asked: “Do you have an opinion to a reasonable degree of medical certainty as to whether this statement that Mr Floyd’s carboxyhaemoglobin could have increased by 10 to 18% is reliable?”

Tobin said it was not and that blood tests done on Floyd had covered how much of the haemoglobin had been saturated with oxygen, “and we know in Mr Floyd that it was 98% saturated”.

Blackwell asked what that said about what the maximum carbon monoxide content in Floyd’s blood could have been, given 98% oxygen saturation.

The statement that Floyd’s carboxyhaemoglobin could have increased by 10 to 18% was “simply wrong”.

Fowler had also said he had not seen any literature on the potential for pressure on the back to narrow the hypopharynx – the lower part of the throat.

Blackwell asked Tobin if he had any information on “research on the hypopharynx and how it narrows with compression in the prone position”.

“There’s at least a dozen, maybe 20 studies that show the relationship between how, if you lowered the size of the lungs, you must get a decrease in the size of the hypopharynx,” said Tobin.

Asked whether there have been studies into whether the pressure on the neck narrows the hypopharynx, Tobin said no, because: “When we do research we try and do research on studies that might be puzzling. If you think about sticking your fingers into your neck you know you are going to narrow the hypopharynx.” DM