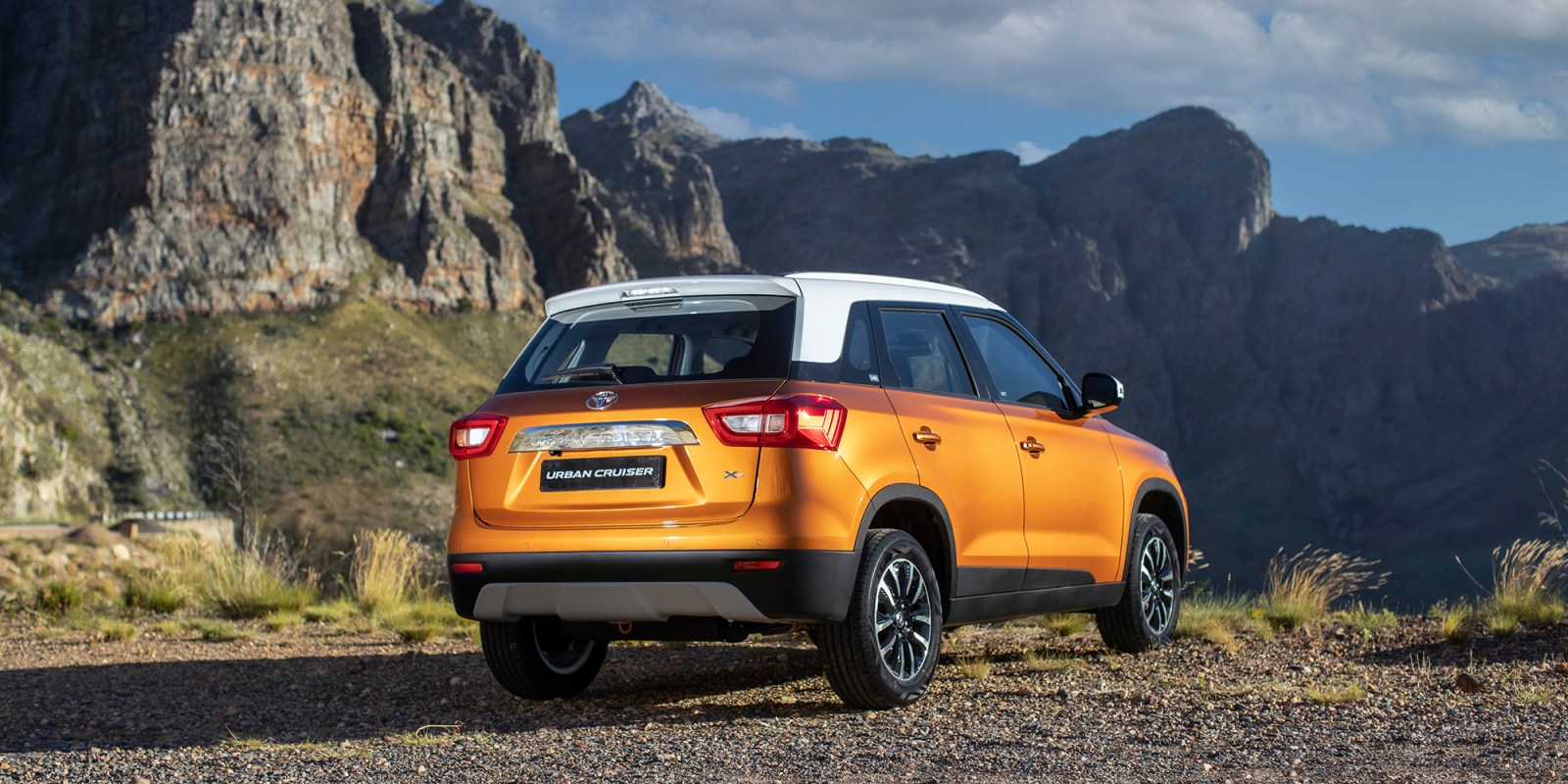 The newly launched Toyota Urban Cruiser has shot up the bestseller charts, proving that South Africans are firmly brand-loyal and still have an insatiable appetite for well-priced compact SUVs.

I once had a boyfriend who was a member of the Ugly Americans gang and a total label whore. Don’t ask me what I was up to at the time. He’d buy River Trader jeans from Mr Price, snip the labels off before he even wore them and immediately sew red Levi labels on. Then he’d go out on the town, confident that he was wearing a pair of really trendy, expensive denims. I found him somewhat pathetic.

But his label-swapping sparked my fascination with the power that branding has over some people. The success of the Urban Cruiser with its Toyota badge is a testimony to label loyalty. Because if you rip that widely recognised Toyota emblem from its backside and nose, the Urban Cruiser is actually a Suzuki Vitara Brezza. (Or perhaps Toyota fans could say if you tear off the Suzuki badge, the Brezza is actually an Urban Cruiser.)

This may sound very confusing, but if you’ve been following international motoring news, then you’ll most likely be aware of the partnership Toyota signed with Suzuki in 2019, whereby the two Japanese carmakers agreed to build and share key products with each other – aimed at specific markets, but with their own respective badges.

By the end of March this year, just four weeks after launching, the Urban Cruiser had shot up the charts to secure the number 3 spot in the best-selling passenger car market, shifting 997 units.

Digging deeper into numbers, I discovered the Suzuki Vitara Brezza – that launched ahead of its doppelgänger in February – had sold just 390 units in the same month.

Now those figures aren’t bad at all for Suzuki, especially in this cash-strapped Covid market, but the Urban Cruiser sold triple what the Brezza did. I would imagine this is largely due to Toyota’s  huge web of 220 national dealerships and a sound reputation for reliable vehicles and service, while, despite its growing reputation in SA, Suzuki is less visible with its 61 dealership outlets.

The Toyota Starlet, which launched late last year, is another good example of rebadging a Suzuki (the Baleno in this instance), with Toyota running away with most of the pie. It had hardly hit showrooms when the Starlet shot up the charts, selling over 1,000 units in a single month while, despite great reviews from motoring media, the Baleno’s sales have never been much more than mediocre since its launch four years ago.

With the Starlet dazzling consumers, I wouldn’t be surprised if Suzuki’s Baleno is put to pasture in the not-too-distant future.

But back to the new Urban Cruiser (and if you’re a Suzuki Vitara Brezza fan, most of this will apply too).

Talking of resemblance… at a glance, the Urban Cruiser may in fact be mistaken for a compact Fortuner or even a mini Land Cruiser, which is largely to do with its unique and chunky SUV-like frontal design, flanked by chrome accent strips and LED projector headlamps, inspired by the Fortuner.

Measuring just under 4 metres in length, riding on a 2500mm wheelbase, it has pretty decent ground clearance of 198mm and definitely looks like a tough vehicle capable of mild off-roading.

The Cruiser is powered by Suzuki’s naturally aspirated 1.5-litre petrol unit (with 77kW and 138Nm on offer). At present there are three model grades available – the Xi, Xs and top of the range Xr.

Tech-wise, there’s a touchscreen infotainment system that’s Bluetooth, Apple CarPlay and Android Auto compatible, with the convenience of steering mounted controls. The telematics also include an in-car Wi-Fi hotspot with a once-off 15 gigs of complementary data.

In the top-of-the-range Urban Cruiser Xr, which I got to spend some time in, you’ll get luxury add-ons like LED fog lamps, cruise control, a leather steering wheel, front footwell lights and luggage compartment illumination. And then there’s my personal favourite – a glove box that lights up and acts as a kind of cooler box to keep drinks and snacks chilled.

Boot space of 328 litres with the rear seats up is pretty respectable, but one area of concern is that there is no traction or stability control in either the Cruiser or the Vitara Brezza.

I must say, I really enjoyed taking my manual transmission Urban Cruiser out for a fair deal of open and mild off-road driving. I was somewhat sceptical that it would be underpowered with only 77kW available, but was surprised at how well it pulled off and gained speed on highways (although there was a bit of irritating wind noise when traveling around 120km/h).  But overall the UC felt stable and sure-footed, especially on gravel, and I found the steering sharp and responsive.

There is a huge local market for budget-friendly compact SUVs and this is one I would strongly recommend. (Suzuki Vitara Brezza fans, that applies to you too.)

Toyota SA was top of the pile last month, selling a whopping 10,797 combined passenger and light commercial vehicles. The Urban Cruiser accounted for almost 1,000 of those sales.

Never underestimate the power of the badge.

All models include a three-services/45,000km service plan and a three-year/100,000km warranty.