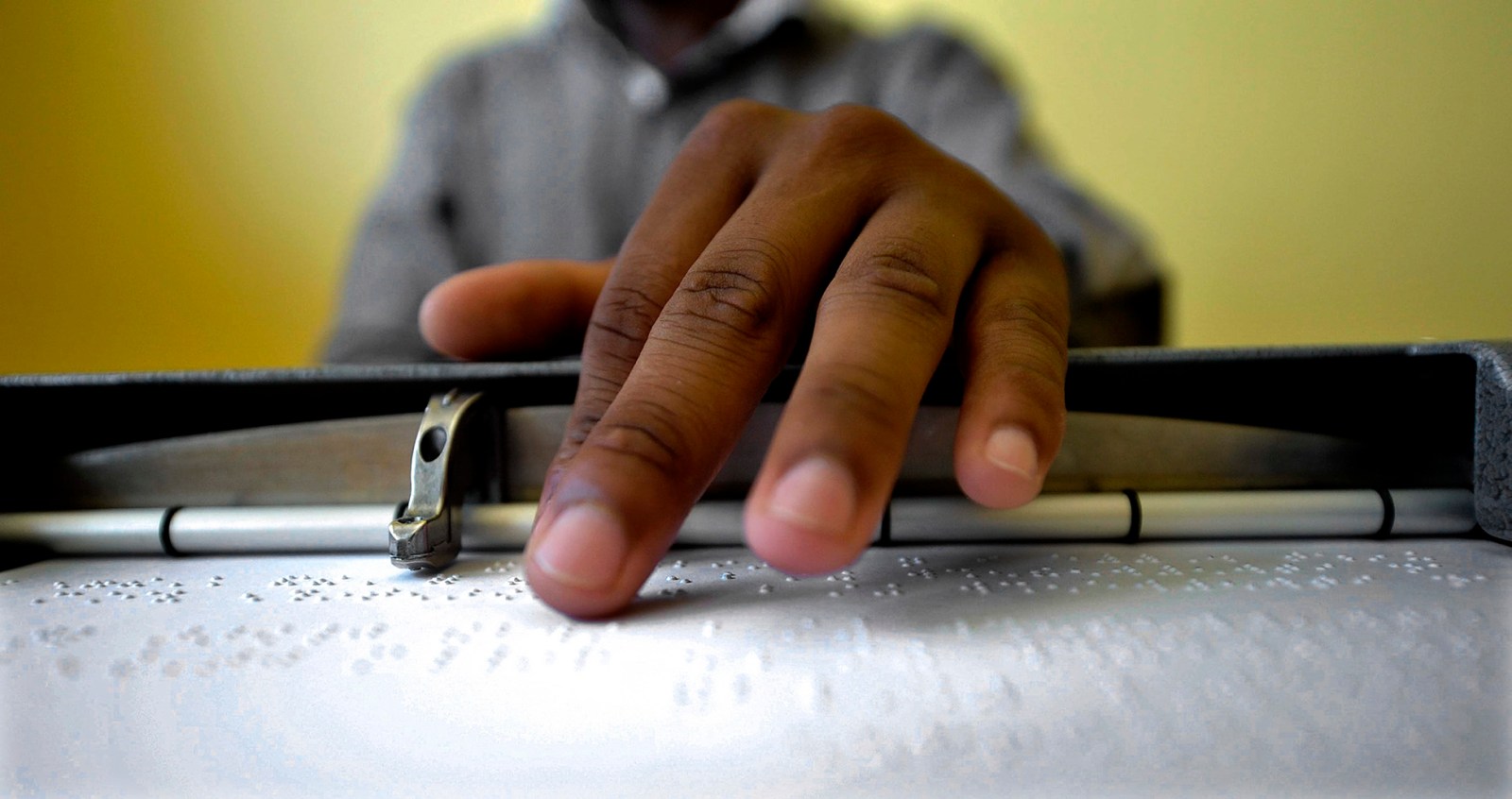 In South Africa if you are blind you still need permission from the publisher of a book if you want to make a braille or accessible electronic version of that book. (Photo: Gallo Images / Foto24 / Bongiwe Gumede)

Almost 25 years ago, in December 1996, President Nelson Mandela promulgated South Africa’s progressive and aspirational Constitution. The document recognises a wide range of rights, including the right not to be discriminated against based on a disability.

Also in 1996, a piece of less well-known legislation called the Chafee Amendment was passed in the United States. The Chafee Amendment introduced changes to US copyright law that allowed for braille or other accessible format books to be produced without the permission of the copyright holder.

Prior to Chafee, blind people in the US were in a difficult position. If a student required a book in braille or in an electronic format, the student, or a library serving the student, had to request permission from the publisher of the book in question to make such an accessible format copy. If the publisher said no, or ignored the request, the student simply had no legal recourse. He or she would either have to infringe copyright or accept that he or she would not have access to the book.

As if studying with a disability didn’t already make life hard enough, such students would thus have to suffer the extra indignity of sitting in class not having had the opportunity to read the prescribed texts that the students sitting next to them could simply read in the library or buy at the local bookstore.

In this way, the broad prohibition on copying and reproduction in US copyright law pre-1996 served as a practical barrier to blind people’s education. It is thus fair to say that US copyright law up to that point discriminated against people who were blind.

The Chafee Amendment solved this problem by creating what is called a copyright exception. Essentially it says, we take copyright seriously in the US, but we are willing to make some exceptions for persons who are blind or otherwise print disabled — for them, we will allow copying and reproduction without having to ask permission first. It is an elegant solution that much of the world would come to adopt.

What about South Africa?

In South Africa we have no copyright exceptions such as that in the Chafee Amendment. Here, if you are blind you still need permission from the publisher of a book if you want to make a braille or accessible electronic version of that book. If the publisher declines or ignores your request, well, too bad. The 1978 Copyright Act is clear — there are no exceptions for persons who are blind.

Blind SA also has a wave of international consensus behind it.

As of April 2021, 79 countries and blocks, including the EU, India, Nigeria, the US and UK, have implemented the 2013 Marrakesh Treaty. This ground-breaking treaty does two key things — it allows for the making of accessible format copies of books without the permission of copyright holders (along similar lines as Chafee), and it allows for such accessible format books to be shared across national borders, which is critical since it takes time and resources to make accessible format copies — so it is better to do a book once for everyone, rather than doing it over and over again in different countries or at different schools or universities.

What went wrong in South Africa?

As is often the case, the story of why — 25 years into our rights-based constitutional dispensation — we still have a discriminatory Copyright Act is not straightforward. Though relatively late in the day, some in government have in fact tried to do the right thing.

In 2019, six years after Marrakesh and after extensive public consultation and much controversy, Parliament even passed a bill that included an elegant implementation of the Marrakesh Treaty.

Unfortunately, it doesn’t seem as if Parliament is in any hurry to address the reservations and send the bill back to the president. What momentum there was two years ago now seems to have been lost.

Whatever the reasons, the bottom line is that eight years after the conclusion of the Marrakesh Treaty, and 25 years after the promulgation of our aspirational Constitution, we still have a Copyright Act that is both out of sync with international trends and continues to make life harder, rather than easier, for people who are blind.

This gaping contradiction between the rights enshrined in the Constitution and the Copyright Act’s effective suppression of some of the very same rights will surely be fixed eventually — but the critical question is: will it take another two years, another five, or another 10?

This is why Blind SA is asking the court to have the Marrakesh provisions in the Copyright Amendment Bill “read in” to the Copyright Act. “Reading in” essentially means to add provisions to the existing law so that the provisions become law right away.

This would, of course, only be an interim measure until Parliament can complete its own law reform process to address the unconstitutionality of the current act (something which Blind SA is asking the court to impose a 12-month deadline).

As former Constitutional Court Judge Zak Yacoob put it in a supporting affidavit in the Blind SA case:

“My own experience tells me that it is impossible to express in words how urgent this is. The best I can do is say that every day that the present Copyright Act prevails in the form in which it is, literally thousands of blind and visually impaired people are deprived of reading material, and the prejudice to them is in fact irreparable, incalculable and very difficult to put into words.” DM

Marcus Low has deposed an affidavit that forms part of Blind SA’s court application. This piece is written in his personal capacity.