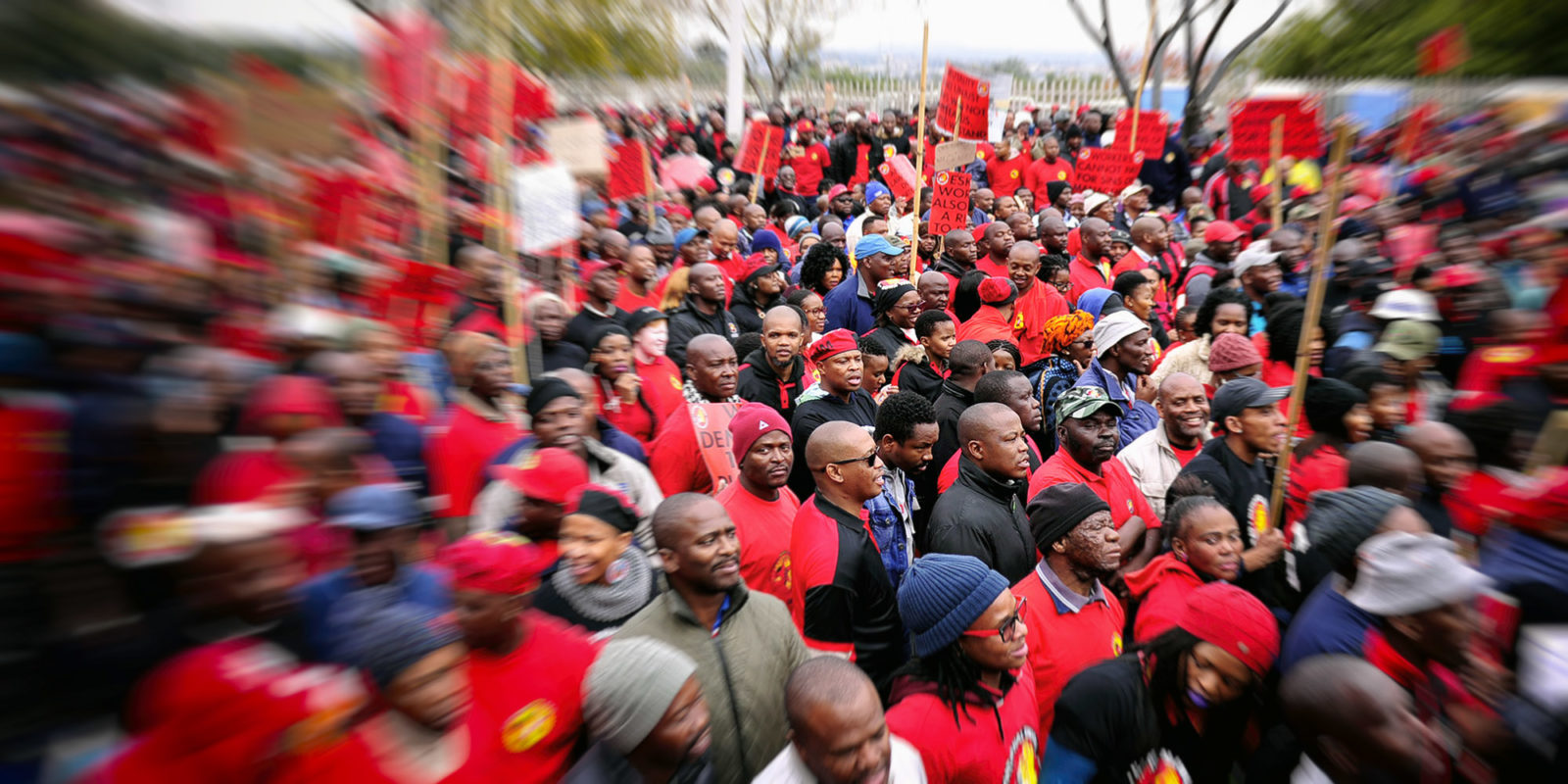 The National Union of Mineworkers (NUM) has drawn up its wage demands for Eskom, according to a presentation and a list of demands obtained by Business Maverick. They include a 15% wage hike across the board and a doubling of the housing allowance. Automatic transmissions are also in the mix as the wage negotiation season kicks into gear.

The NUM recently held a media briefing to outline its broad goals this year in wage talks with Eskom, the gold sector and others. But a presentation obtained by Business Maverick outlines its full submission for cash-strapped power utility Eskom, with some changes from its previous stance. The negotiations will take place against the backdrop of extremely strained relations between the union and the SOE’s top brass.

So, to wit, as Eskom’s tariffs for consumers climb just over 15%, the NUM is demanding “that the apartheid wage gap must be closed before the conclusion of these wage negotiations. We demand a salary increase of 15% across the board.”

The union also just wants a one-year agreement. Just recently it had signalled it would settle for less than 15% if agreements were just for one year.

Some Eskom employees, including NUM members, also have a car allowance, according to the documents. The “current C-Scheme car allowance is R6,086”, and the NUM wants it raised to R10,000. The documents also note that automatic cars are excluded from the scheme and it would like them to be included. Rather like North Americans and old people.

Other demands include an increase in contingency leave — typically taken for dealing with family emergencies — and a widening of the family members in distress who would qualify an employee to take such leave to nephews, nieces, uncles, aunts and others. The NUM says the current definition is “Eurocentric” and needs to become “Afrocentric”. This probably has resonance with many of its members and the wide kinship network of dependants they typically support.

“The NUM believes that the … demands are reasonable and achievable. The company is doing well, in recovering all the monies that were stolen. That money is the labour of our members. Our members deserve a share from that money,” one of the documents says.

Other commentators would disagree with the assertion that Eskom, with a debt burden of close to half a trillion rand, “is doing well”. Cost containment in the view of many analysts and economists is seen as crucial for South Africa’s flailing and failing SOEs at the moment.

So the gloves are coming off. The NUM claims about 14,000 members at Eskom and is the SOE’s largest union. Its relations with Eskom management are rocky at the moment, to say the least, amid allegations of racism it has levelled against Eskom Group Chief Executive André de Ruyter. That will make for a tough negotiating environment. DM/BM