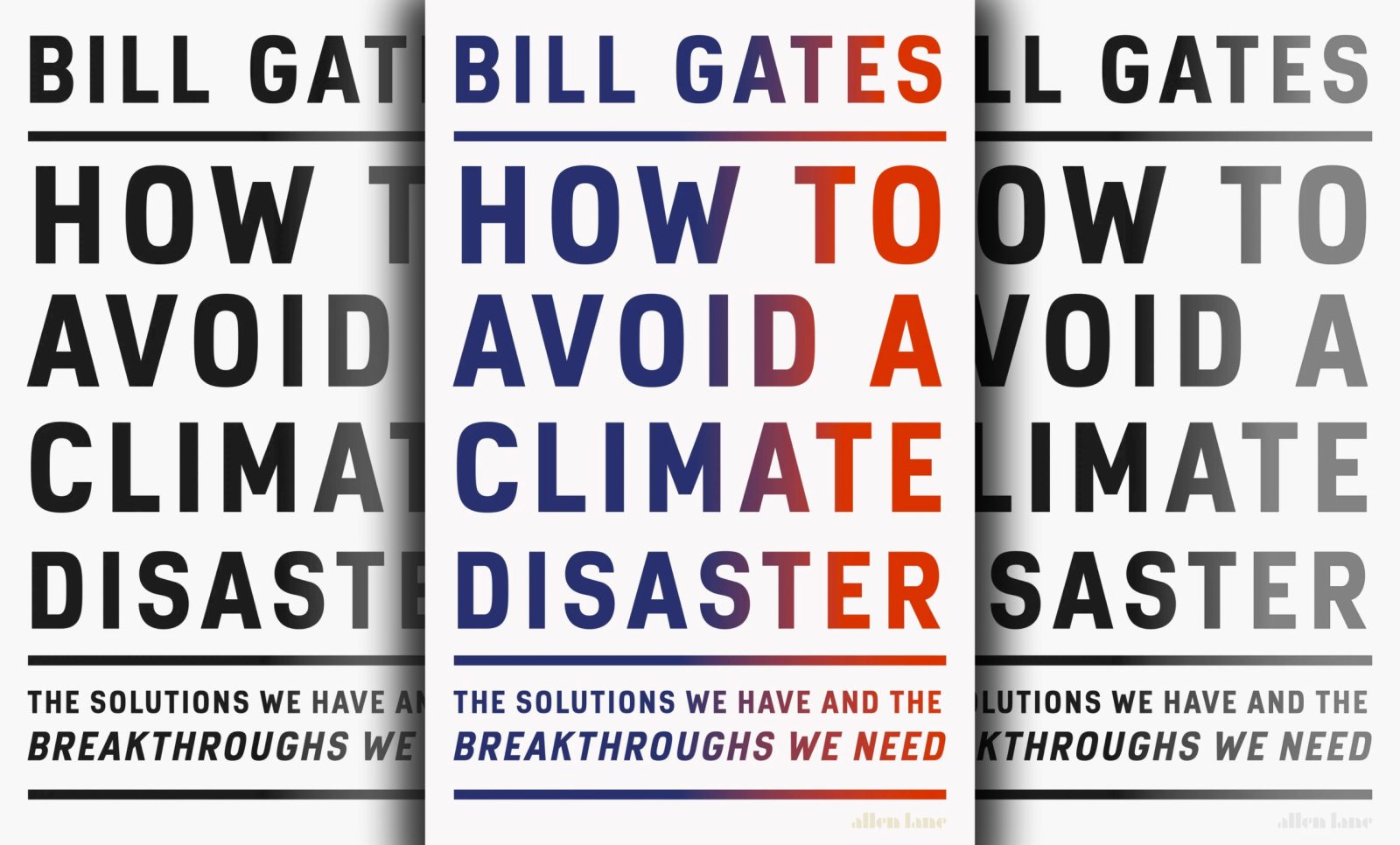 In his new book, tech philanthropist Bill Gates reports on a decade investigating the causes and effects of climate change and tackles issues that go to the roots of modern-day social dynamics.

Drawing on the knowledge of expert scientists, engineers, political scientists and finance analysts, Gates focuses on what must be done in order to stop the planet’s slide to certain environmental disaster.

This excerpt comes from Chapter 9, “Adapting to a Warmer World”. In it, Gates tells the story of a family he met in Kenya in 2009. Gates was in the country to learn about the lives of smallholder farmers, who work with less than four acres of land.

“The Talams didn’t have much,” he writes. “But what was happening on this small plot of land was drawing hundreds of farmers from miles around to learn what the owners were doing and how they could do it themselves.”

However, he cautions: “They have an amazing story of success, but climate change could undo all the progress they’ve made.”

Laban and Miriam greeted me at their front gate and started telling me their story. Two years before, they had been smallholder farmers practicing subsistence farming. Like most of their neighbors, they had been desperately poor. They grew corn (in Kenya, as in many places around the world, it’s known as maize) and other vegetables, some to eat themselves and the rest to sell at market. Laban would work odd jobs to make ends meet. To earn more income, he had bought a cow, which the couple would milk twice a day: They’d sell the morning milk to a local trader to get a small amount of cash, and they’d save the evening milk for themselves and their children. In all, the cow would produce three liters of milk per day; that’s less than a gallon each day to sell and split among a family of five.

By the time I met them, life for the Talams had improved dramatically. They now had four cows, which were producing 26 liters of milk every day. They sold 20 liters a day and kept six liters for themselves. Their cows earned them nearly $4 per day, which in that part of Kenya was enough to allow them to rebuild their home, grow pineapples for export, and send their children to school.

The turning point for them, they said, was the opening of a nearby milk-chilling plant. The Talams and other area farmers would take their raw milk to the plant, where it would be kept cold and eventually be transported nationwide, fetching higher prices than it could locally. The plant also served as a kind of training hub. Local dairy farmers could go there to learn how to raise healthier and more productive livestock, get vaccines for their cows, and even have the milk tested for contaminants to make sure it would bring a good price. If it didn’t measure up, they got tips on how to improve the quality.

In Kenya, where the Talams live, roughly one-third of the population works in agriculture. Worldwide, there are 500 million small-holder farms, and about two-thirds of people in poverty work in agriculture. Yet despite their large numbers, smallholder farmers are responsible for remarkably few greenhouse gas emissions, because they can’t afford to use nearly as many products and services that involve fossil fuels. The typical Kenyan produces 55 times less carbon dioxide than an American, and rural farmers like the Talams produce even less.

But if you remember the problems with cattle that I mentioned in chapter 6, you’ll recognize the dilemma right away: The Talams bought more cattle, and cattle contribute more to climate change than any other livestock.

In that respect, the Talams weren’t unusual. For many poor farmers, earning more money is a chance to invest in high-value assets, including chickens, goats, and cows – animals that provide good sources of protein and a way to bring in extra cash by selling milk and eggs. It’s a sensible decision, and anyone who cares about reducing poverty would hesitate to tell them not to make it. That’s the conundrum: As people rise up the income ladder, they do more things that cause emissions. This is why we need innovations – so the poor can improve their lives without making climate change even worse.

The cruel injustice is that even though the world’s poor are doing essentially nothing to cause climate change, they’re going to suffer the most from it. The climate is changing in ways that will be problematic for relatively well-off farmers in America and Europe, but potentially deadly for low-income ones in Africa and Asia. DM/ ML

How to Avoid a Climate Disaster by Bill Gates (R475) is published by Penguin Random House. Visit The Reading List for South African book news – including excerpts! – daily.