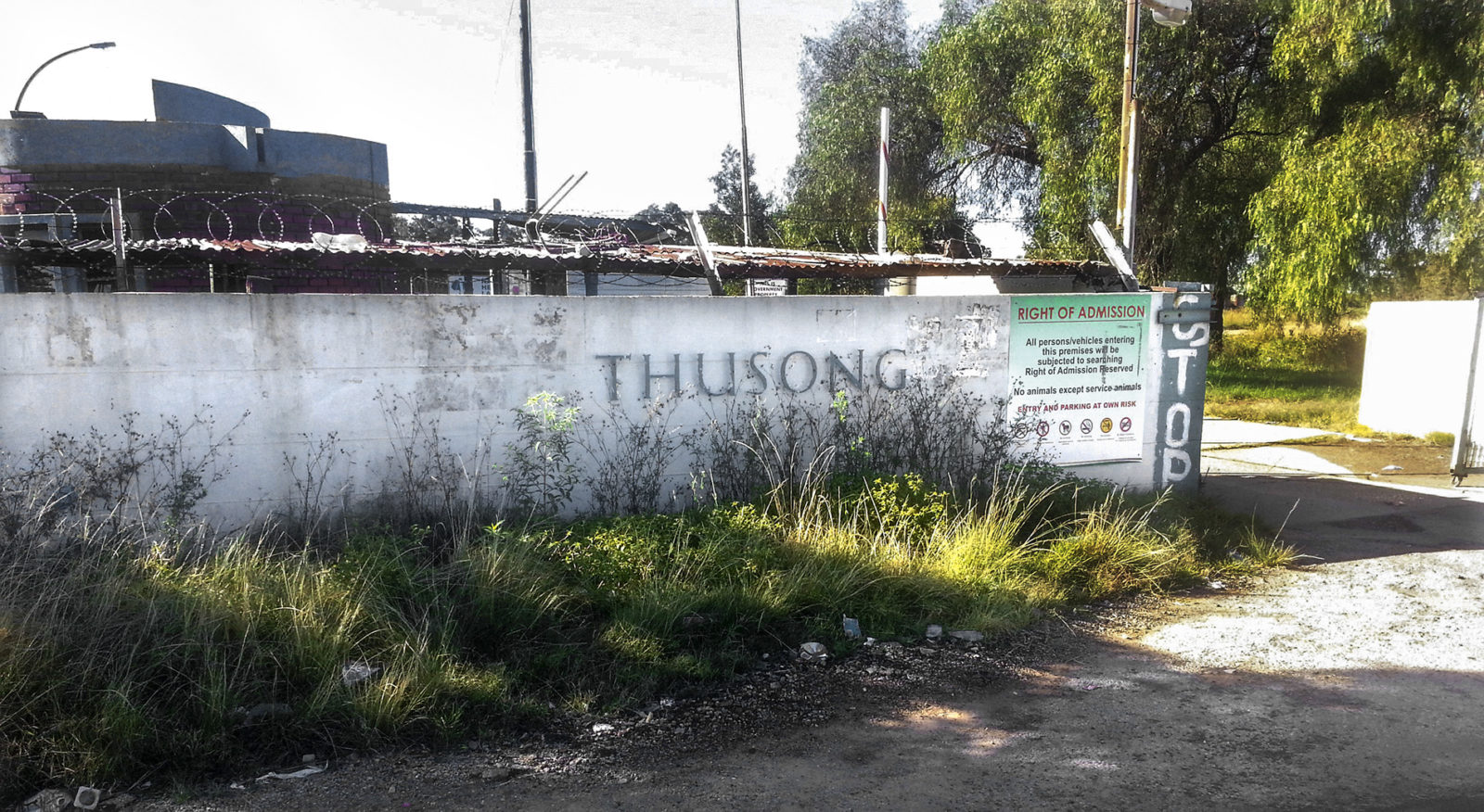 A dilapidated hospital near Lichtenburg in North West has become such a health hazard to patients that the province has decided to close the 120-bed facility. Still, residents are fighting to keep the decaying building open.

Thusong District Hospital serves a population of 230,000 from three townships, 15 villages and more than a dozen surrounding farms. Built in 1968, the hospital has been so neglected that its operating theatres are no longer in use due to outdated and broken equipment. The radiology department has become virtually inaccessible and the residences meant to accommodate doctors and nurses are vandalised and uninhabitable.

The location of the hospital also poses a construction risk owing to the dolomitic soil it was built on. It was meant to be shut down in 2017, but this was delayed by legislative processes.

“Damage to structures and loss of life have been more severe on dolomite than on any other geological formation in southern Africa. The subsidence that occurs on dolomitic terrain following development or during dewatering has given dolomite a notorious reputation and engineers and geologists became reluctant to recommend development on the material,” according to a 1986 article in the journal Environmental Geology and Water Sciences.

Still, the provincial health department says it would be too costly to renovate or move the hospital. With closure the only option left, thousands will be left stranded.

For many, the crumbling hospital is the only source of help.

“We had expressed our dissatisfaction with this move to close the hospital at the meeting as it was taking hospital services away from the communities that were historically being served by Thusong Hospital,” said community leader Foster Tshounyana.

Tshounyana and other residents met North West Health MEC Madoda Sambatha last month, but the consultative process left them with more questions than answers. They say the provincial health department is overlooking a much more convenient solution.

“The community would like to see reports stating that the hospital is no longer suitable for use,” said Tshounyana. “We also demand that the neighbouring Itsoseng Community Health Clinic be upgraded to a district hospital because there are services such as a theatre and radiography unit that are not utilised.”

Instead of scaling up the clinic, patients were being referred to distant district hospitals.

The province has a history of health troubles. In 2018, 73 doctors sent a letter of concern to the provincial health department citing a “crisis” in the department that had led to numerous illnesses and deaths.

Due to poor performance and allegations of fraud the department was placed under national administration, with the national department’s deputy director general for primary healthcare, Jeanette Hunter, as administrator.

In 2020, Health-e reported on the lack of cohesive improvement in the province’s health facilities.

“Patients are faced with shortage of beds at certain hospitals in the province. At [Job] Shimankana Tabane Hospital in Bojanala some patients were even forced to sleep on the floor. At Ipelegeng Clinic in Schweizer-Reneke patients sometimes go without warm water. There are no geysers and coal is still being used to warm up water,” the Economic Freedom Fighters’ Betty Diale said at the time.

Health-E News is in possession of a document – “Thusong Hospital Decommissioning Presentation” – published on 1 March 2021 by a Ms ME Mokhutsane-Kaudi from the provincial health department. It reads:

“Thusong Hospital was built on dolomitic soil which causes a lot of cracks on the walls and the infrastructure condition is currently in a state of total disrepair, despite efforts to maintain the hospital infrastructure.”

The document goes on to say that the hospital has failed to comply with the following:

The hospital had also failed to comply with the norms and standards of labour-inspection regulations, and the document recommends that the facility be replaced.

The document says services such as maternity and radiography will be transferred to the Itsoseng Community Health Clinic, but this facility is currently unable to fulfil that mandate and needs equipment and more health workers, among other things.

“If this hospital is to close we are going to struggle because we will have to be referred to Mahikeng Provincial Hospital or General de la Rey Hospital in Lichtenburg. There are no doctors at the Itsoseng Community Health Clinic [where] we have to wait up to a month to see a doctor because they are only doing referrals and their services are limited,” he told Health-e News.

The 46-year-old is also worried about the cost of travelling further for medical treatment.

“From Itsoseng to Thusong Hospital I am paying R30 for a return trip every month to see a doctor and collect my treatment. If I am transferred to a hospital in the neighbouring towns when the hospital is closed I will have to pay an extra R20. This excludes the money I will need to buy food because we spend most of the day at the hospital as a result of long queues.

“I really hope that this hospital will not close because people from neighbouring villages, farms and townships are going to suffer,” added Mbatha. “We will fight until the end for this hospital not to be closed, we would rather have it renovated.”

While it is unclear when the hospital will close, the government said it is undergoing a decommissioning process. Provincial health spokesperson Motlalepula Lekoma said the National Department of Health will decide when the hospital will stop rendering services. She said she is meeting residents and labour representatives to facilitate the transfer of nursing staff to nearby facilities, but these meetings will not prevent the hospital’s closure. However, the province would continue to meet residents. MC/DM