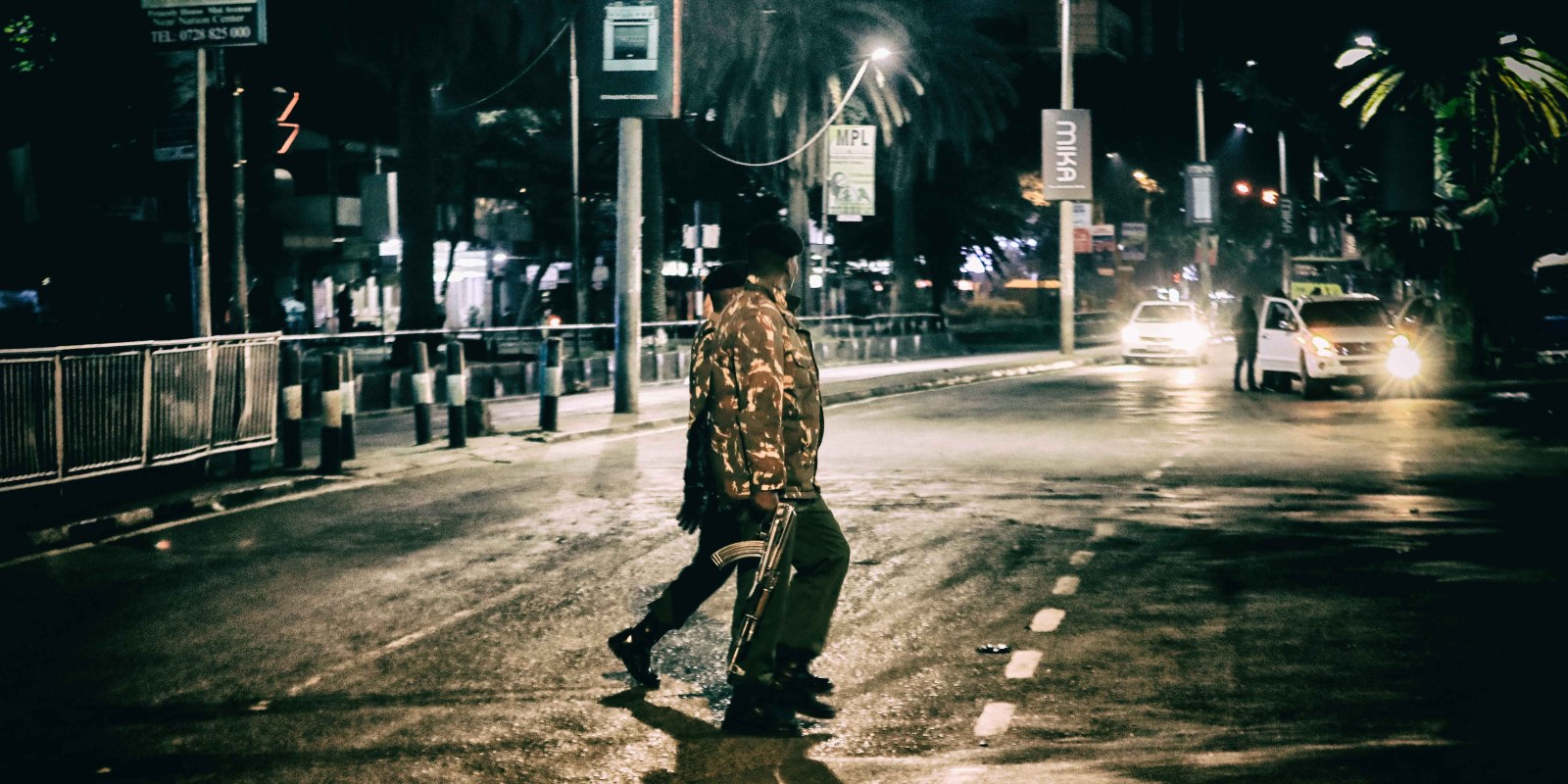 The Kenyan government has gazetted Kapedo as a special operation area and imposed a dusk-to-dawn curfew. (Photo: EPA-EFE/Daniel Irungu)

Government and local leaders should prioritise boundary demarcation and security to resolve the deadly border dispute.

The killing of a senior police officer in Kenya’s Kapedo area on 17 January is just the latest attack in a longstanding brutal conflict. Those responsible control the disputed Kapedo area that borders Baringo and Turkana counties.

This year alone, unrest in the area has claimed the lives of over 10 civilians and three police officers, and many have been injured, local authorities say.

But the battle has been raging for much longer. The massacre of 21 police officers in 2014 led president Uhuru Kenyatta to visit the area, demanding that the killers and the guns they stole from the dead officers be handed over. To date, nobody has been held responsible or prosecuted for the murders, making Kapedo a safe haven for criminals.

In the 17 January attack, the officer’s vehicle was ambushed barely 10km from the Kapedo trading centre. He was heading back to Nairobi after leading an operation to flush out bandits in the troubled region. Two other officers were injured in the incident.

Cabinet Secretary for the Ministry of Interior Dr Fred Matiang’i said the attack took place with the knowledge of some elders who had shortly before overseen a ritualised oath-taking ceremony. He told the media the bandits were part of the ceremony.

The antagonism between the two communities stems from who owns Kapedo – Turkana or Baringo. Turkana County’s local leaders say the rich pasture land and discovery of geothermal energy are the root of the troubles. They say the Turkana and Pokot communities are fighting over Kapedo’s resources and for political control of the area.

Friends of Lake Turkana Director Ikal Angelei agrees. She says resources such as the Kapedo hot springs, geological formations along Lake Bogoria and Menengai Crater and geothermal prospects in Kapedo – apparently East Africa’s largest – could be reasons for the area’s conflict. Kenya’s 2010 constitution provides for a community share in any natural resources extracted within a given community territory.

Angelei also partly blames the appointment of administrative chiefs in Kapedo who report to different counties – in this case, Turkana and Baringo. This becomes a problem when the affected communities’ grievances aren’t addressed. She says the arrangement fuels conflict between Pokot and Turkana residents, who associate themselves with Baringo and Turkana counties, respectively.

“The government should prioritise boundary demarcation between Turkana and Baringo counties, provide enough security in the troubled region and stop tip-toeing [around] this issue,” she says.

A small arms market along the Uganda-South Sudan border has facilitated a steady flow of illicit firearms into Kapedo, enabling the perpetrators to continue terrorising residents. The rugged terrain favours local criminals who are more familiar with the area than the police – making them difficult to catch.

Despite ongoing attacks on police and civilians, government interventions have only temporarily halted hostilities, after which conflict has erupted again.

Following the latest assault, Matiang’i has pledged to take action, blaming the recurrent insecurity on armed criminals backed by unidentified financiers. The government has gazetted Kapedo as a special operation area and imposed a dusk-to-dawn curfew. Security forces recovered 53 illegal firearms in the operation. The curfew was lifted on 22 March, 30 days after it was imposed, after the government said safety in the area had returned to normal.

However, according to Rift Valley Regional Commissioner George Natembeya, the government may again impose the curfew and resume security operations. This is due to the recurrent attacks and a failure by local leaders to cooperate in sustaining peace.

The recent government intervention in Kapedo has further divided Pokot and Turkana leaders. They disagree over how the operation – which entails removing illegal firearms and apprehending criminals – should be conducted. Turkana’s leaders back the approach, while those from Pokot favour dialogue between the warring communities. They say this would avoid a blanket condemnation of the whole population.

Baringo County’s leaders accuse the government of failing to act when local chiefs give police the names of notorious suspects. The government in turn blames political leaders for fuelling the conflict, although none have so far been held accountable.

Intelligence-led operations are needed to investigate and prosecute suspects, including politicians. Without the rule of law and fair trials, government’s reactive security measures and forceful disarmament are unlikely to show results and bring lasting peace. More importantly, safety and security should be an ongoing public service, not a seasonal response when attacks break out.

In the long term, the government needs to work with local leaders to resolve the border dispute and establish functional administrative boundaries between Turkana and Baringo counties. These measures would hopefully ease the fight over resources and land in Kapedo. DM