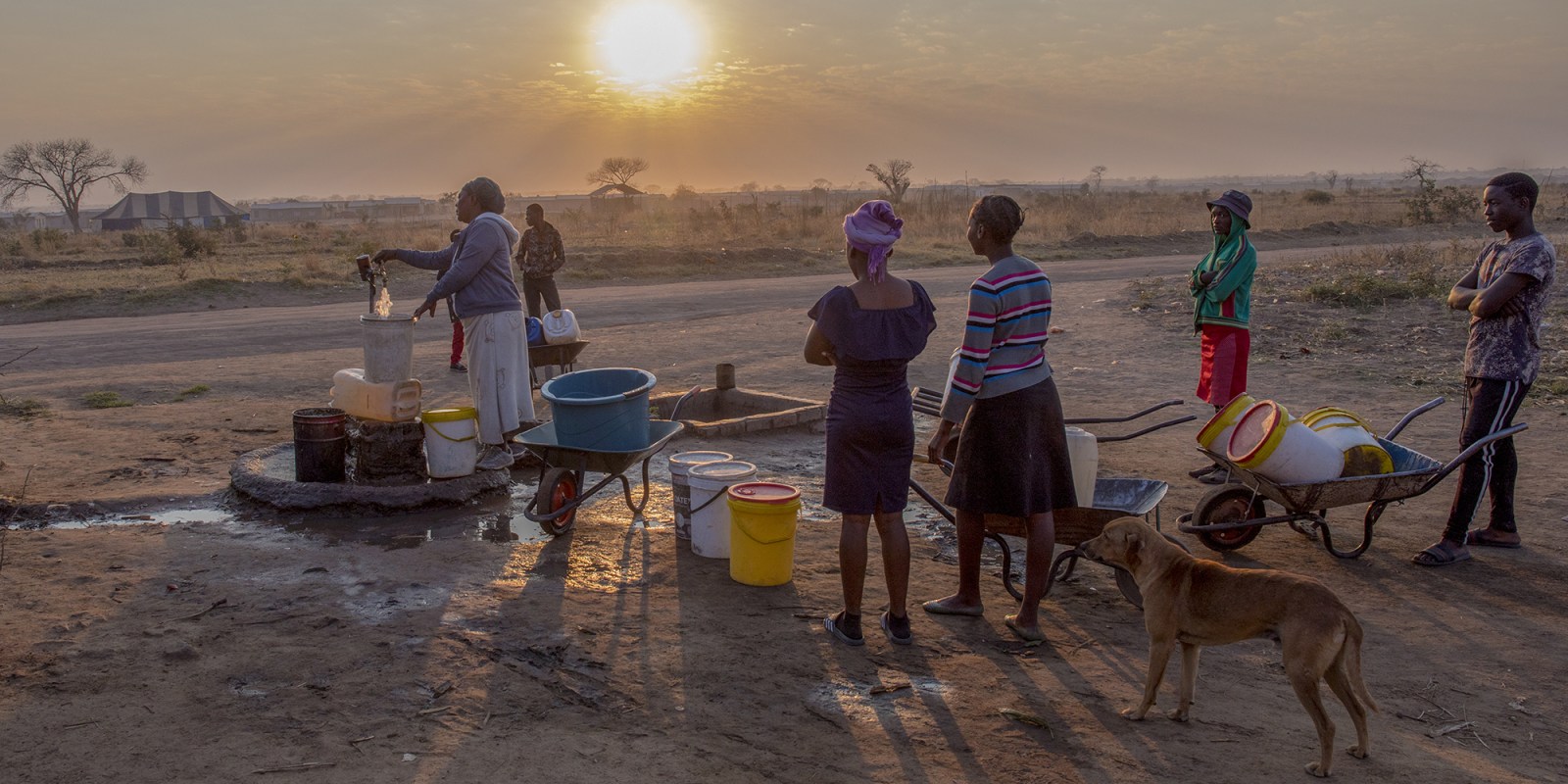 When climate change impacts affect people’s access to the natural resources they rely on ­— such as water, timber and land for crops — it strains relations within and across social groups. Social cohesion is the glue that holds society together. When things get tough, that glue weakens and the risk of conflict increases.

Africa is responsible for a mere 4% of global carbon dioxide emissions, yet it is disproportionately vulnerable to the impacts of climate change. According to the United States Agency for International Development (USAID), over half of the countries in sub-Saharan Africa are among those most affected by the burden of climate exposure.

As a result, the continent is grappling with multiple climate-related security risks such as forced migration and displacement, livelihood insecurity, food and water scarcity, rising levels of intercommunal conflict and protracted cross-border resource conflicts.

Across the continent, mediators, community leaders and other conflict resolution actors are increasingly aware of the risks and challenges posed by the negative consequences of climate change on habitats and natural resources. They see that changes to the natural environment put pressure on social, economic and political systems.

The increasing stresses on resources through environmental threats and growing populations have overburdened weak states and aggravated fragile situations. In areas with poor governance or existing tensions, rising scarcity and competition can escalate into conflict.

Although it is known that conflict and climate change are among the most important issues of our time, governments and many international institutions have been slow to recognise how the two phenomena are linked.

In February 2019, the African Union adopted the groundbreaking African Union Transitional Justice Policy (AUTJP), which works “as a continental guideline for African Union Member States to develop their own context-specific comprehensive policies, strategies and programmes towards democratic and socioeconomic transformation, and achieving sustainable peace, justice, reconciliation, social cohesion and healing”.

The policy addresses the root causes of conflict and contributes to the creation of sustainable peace, accountability, social justice and transformative democratic and socio-economic reform. Despite the AUTJP being a transformative policy, it failed to address the climate change issue, let alone recognising it as a serious contributor to conflict.

Another objective of the AUTJP is to enhance social cohesion and nation-building. This will be difficult to achieve without a deliberate focus on climate change, because climate change impacts put stress on social cohesion. When impacts affect people’s access to natural resources they rely on ­— such as water, timber and land for crops — it strains relations within and across social groups. This is especially the case in predominantly growing economies, with histories of conflict or governance challenges.

Social cohesion is the glue that holds society together. When things get tough, that glue weakens and the risk of conflict increases.

Failure to consider the growing impacts of climate change will undermine the continent’s efforts at conflict prevention, peacebuilding and sustaining peace. This risks trapping vulnerable countries into a vicious cycle of climate disaster and conflict.

It is therefore crucial that we shift the narrative now and move beyond just having general knowledge about climate change and focus on understanding climate change in different dimensions that stand in the way of peacebuilding. In doing so, we can use this understanding to inform appropriate responses that can help transform conflict and work towards building peace that can withstand the impacts of a changing climate.

Institutions that are mandated to ensure that the human rights of peoples are promoted, protected and fulfilled, need to recognise that climate change is an interwoven issue.

They must educate people by linking peace education and human rights education to climate change education. Findings from Afrobarometer’s latest round of public-opinion surveys across Africa show a keen awareness of climate change in some countries but only about three in 10 (28%) are fully “climate change literate”. This highlights the need to build public knowledge around the issue.

On financing, funding streams need to be flexible enough for climate security risks to be integrated into programming by civil society institutions. Currently, and problematically so, available funding does not enable organisations to mainstream climate change in a similar fashion to how gender has been integrated into peacebuilding work. To develop and successfully implement climate change-sensitive peacebuilding projects, donors and funders should fund research and interventions that address these linkages.

Recognition of climate change as a threat — not only to the stability of ecological systems that have sustained human life for thousands of years, but also to the rights of those living today — enables the rise of a new paradigm of environmental cooperation in which progressive and ambitious action on climate change should be central to conflict prevention and human rights protection strategies.

Moreover, where existing international and regional frameworks have insufficient scope to protect those affected by the impacts of climate change, regulatory measures and precedents must be established and then rigorously and equitably enforced. DM

Gugu Nonjinge is a Senior Advocacy Officer at the Centre for the Study of Violence and Reconciliation.