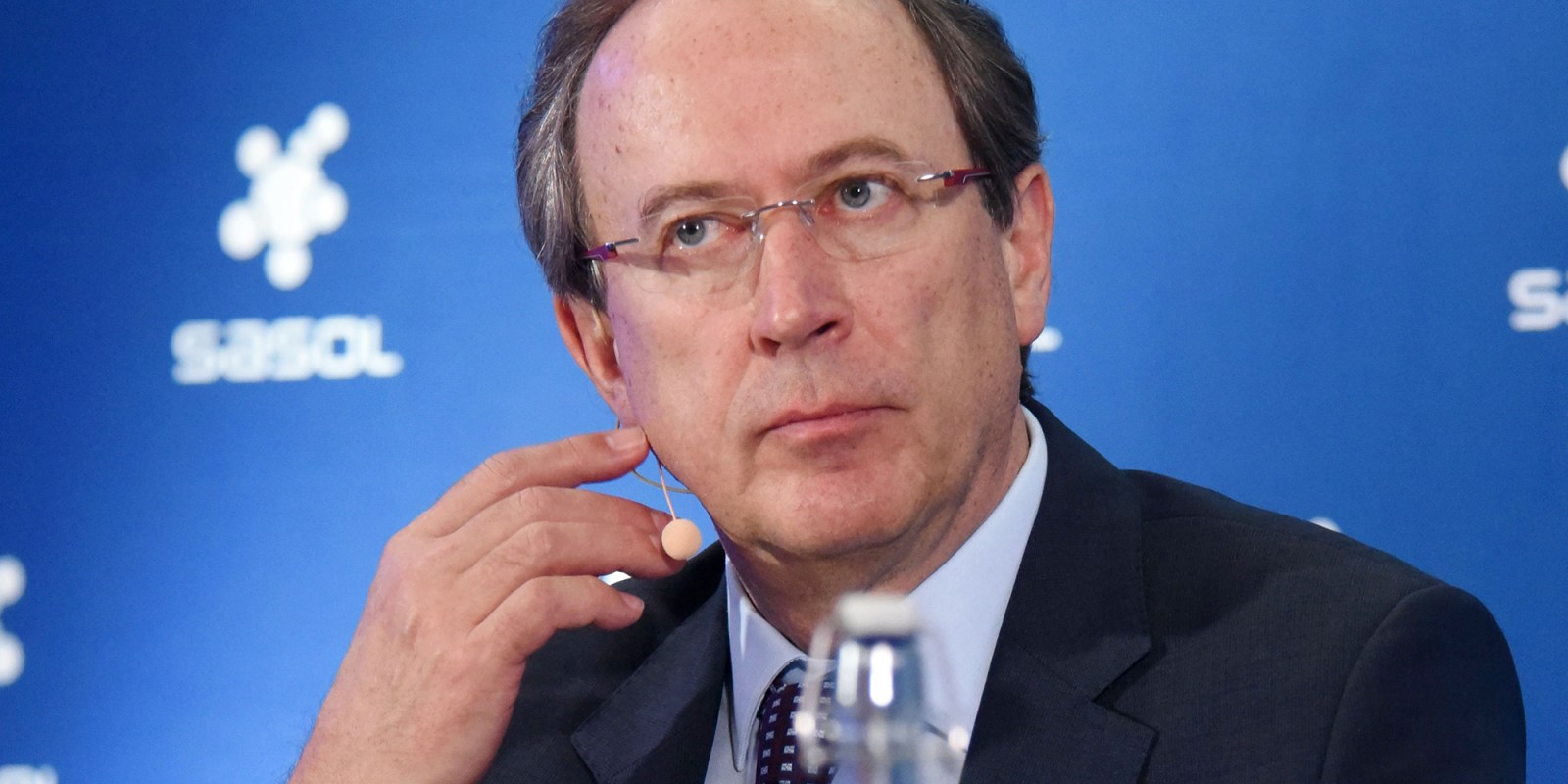 A new partnership will take South Africa to the cusp of the hydrogen economy, which presents significant economic opportunities for the country. But fully exploiting the opportunity requires government and industry to align their goals.

There is a growing appreciation that South Africa offers significant competitive advantages in the production of green hydrogen and green ammonia that can be used for domestic decarbonisation of transport and industry, as well as for export.

These include the country’s abundant wind and solar natural resources, cheap and available land and 50 years of experience in the commercial production of synthetic fuels using the Fischer-Tropsch process, says energy expert Chris Yelland, who this week hosted a webinar on renewable hydrogen and green powerfuels.

This view is corroborated in the report Powerfuels and Green Hydrogen, produced by Thomas Roos and Jarrad Wright of the Council for Scientific and Industrial Research and released in February. The authors note that green powerfuels are a viable alternative to fossil fuels as their use avoids net emissions of CO2 and can be used in sectors where decarbonising is difficult and not easily driven by renewable energy, including road and rail transportation, shipping, and the production of steel, cement and fertiliser, among others.

Green powerfuels are synthetic gaseous or liquid fuels based on renewable hydrogen, which is hydrogen obtained by the electrolysis of water using renewable electricity.

The report adds that ailing companies like PetroSA could be repurposed to produce green aviation fuel for the European market, while the mothballed Saldanha Steel could be converted to a Direct Reduced Iron (DRI) steel plant that is supplied by green hydrogen to produce “green steel” that could be shipped to Europe – providing Saldanha with a competitive advantage over cheap Chinese steel.

However, Sasol – which has been looking for ways to repurpose its Fischer-Tropsch technology (and reduce its carbon footprint) – stepped forward first.

Sasol announced the formation of a partnership with Toyota South Africa Motors (TSAM) to explore the development of a green hydrogen mobility ecosystem in this country.

First off, they intend to develop a “mobility corridor” on one of South Africa’s main freight corridors, such as the N3 route between Durban and Johannesburg, to pilot hydrogen-powered, heavy-duty, long-haul trucks.

“The production of renewable carbon feedstock at scale is the end state that we are pursuing,” says Sasol CEO Fleetwood Grobler.

Getting to this Holy Grail will take time – one requirement is the provision of renewable energy at a level not currently envisioned by SA’s policy planners.

In the meantime “we will start with the proof of concept”, he says.

Both companies bring unique strengths to the partnership. Toyota has a head start in the development and production of zero-emission hydrogen fuel cell (FC) vehicles. It is also part of the Japan Hydrogen Association, which includes about 100 companies and aims to promote the creation of a hydrogen supply chain in Japan. This association is backed by the Japanese government which, in December, announced it would invest $19-billion in efforts to make hydrogen viable as a fuel that burns without emissions.

The government plans to demonstrate H2 and fuel cell technologies at the Tokyo Olympics this year.

Sasol brings its industrial process skills and patented Fischer-Tropsch technology to the party.

Sasol’s expertise in hydrogen and our extensive R&D capabilities, combined with our knowledge of Fischer-Tropsch technology, supports our ambition to play a key role in creating South Africa’s hydrogen economy.

Understanding the process requires an elementary physics lesson: First, Sasol needs to produce hydrogen from water by adapting an “electrolyser” which the company has in Sasolburg. Initially, the hydrogen will not be “green”, explains Grobler, because the power source will not be renewable energy.

But this is the start – a cheap and reliable source of hydrogen is essential for the production of green fuels.

The green hydrogen is then combined with carbon, captured from existing flue gas or from the air, to make liquid fuels and petrochemicals using Fischer-Tropsch technology.

The present Sasol technology relies on coal as the source of carbon and is unsustainable. The possible innovation – which South Africa is in a prime position to exploit – will be to combine green carbon with green hydrogen to make liquid fuel.

Investors clearly like the direction the company is heading in, and the share rose 6.5% on Wednesday to R225.14.

To initiate the project, the partners plan to introduce FC trucks into South Africa. Research shows that long-distance mobility is better suited to FC technology compared with battery-electric trucks.

Toyota does not yet have a fuel cell truck available to introduce into South Africa – it is still in prototype development in Japan. But it hopes to introduce the truck as soon as available from its principals in Japan.

In addition, the parties are evaluating the installation of a hydrogen refuelling station for the demonstration project. Toyota SA will lead the investigation of the FC truck introduction, while Sasol will provide the required infrastructure expertise – for instance, via its network of Sasol fuel stations.

“We believe hydrogen mobility is a real opportunity for the country to decarbonise the sectors of long-haul and heavy-duty transport, mining and others, and see the creation of hydrogen hubs, or ecosystems, as a practical and affordable way to scale the deployment of hydrogen in the transport sector,” says Grobler.

The two companies hope to broaden the partnership to include other companies over time.

In a related announcement, Sasol said it will work alongside a consortium comprising Linde, Enertrag AG and Navitas Holdings – the LEN Consortium – to bid in concept for the production of sustainable aviation fuel under the auspices of the German government’s H2Global auction platform.

It will work with the consortium to produce liquid fuels and chemicals with its Fischer-Tropsch technology.

Sustainable aviation fuel (SAF) is key to decarbonising the aviation sector, which is one of the most challenging sectors in which to reduce greenhouse gas emissions.

“The decision to explore the creation of a SAF production demonstration facility at our Secunda operations is aligned with our long-term decarbonisation strategy.

“Green hydrogen is one of the key transitional fuel sources that we are working with via various strategic demonstration opportunities and partnerships,” says Grobler.

“Sasol’s expertise in hydrogen and our extensive R&D capabilities, combined with our knowledge of Fischer-Tropsch technology, supports our ambition to play a key role in creating South Africa’s hydrogen economy.”

The department of science and innovation is developing a policy roadmap on deploying large-scale hydrogen technologies in the country, according to the CSIR report. And while the current policy environment is supportive, it needs to shift to one that is enabling and ambitious, the authors say.

In the meantime, the minister of trade, industry and competition, Ebrahim Patel, has mandated the IDC as the commercialisation champion for the hydrogen economy. The institution has already invested in feasibility studies and early-stage funding, and now will actively partner with the private sector in funding small hydrogen companies to fast-track the development of this economy.

“Hydrogen is the missing piece in the puzzle to achieving net-zero emissions by 2050,” he told the roughly 1,500 attendees at the webinar this week. “South Africa is well-positioned to capitalise on the growing hydrogen economy and to export cost-effective green hydrogen to the world.

“Government has a strong interest in supporting the long-term sustainability of the industry,” said Patel. BM/DM