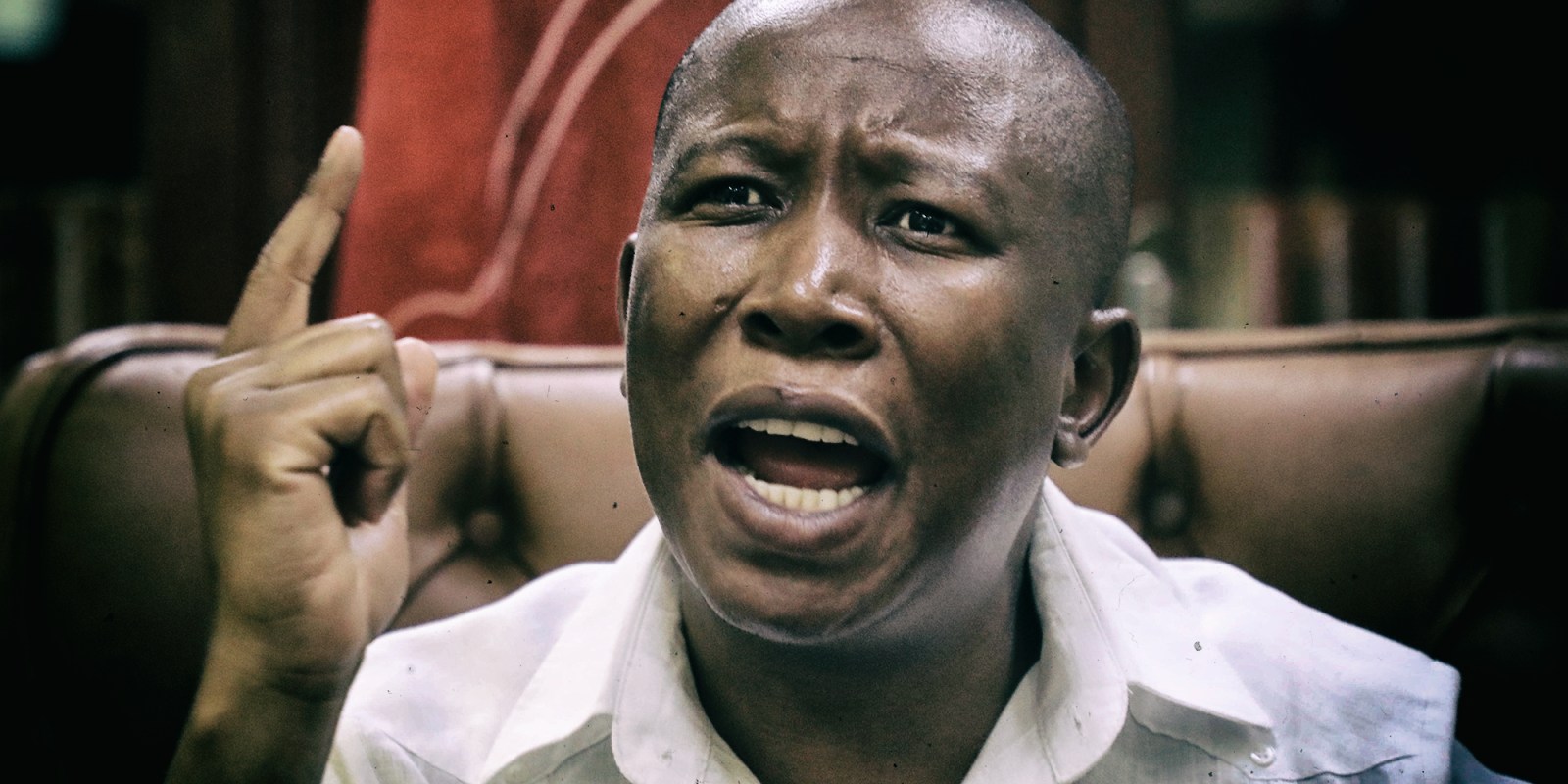 The EFF leader’s criticism of the judiciary calls into question his role representing the National Assembly at the Judicial Service Commission judges’ interviews, says the Council for the Advancement of the South African Constitution. And the council is asking Parliament to take action.

Holding elected public representatives accountable for their politically motivated statements may well be dismissed in South Africa’s political noise, but it speaks directly to conduct that must be expected from those straddling elected and political office.

In terms of Section 178 of the Constitution, EFF leader Julius Malema is one of six MPs, three from opposition parties, who serve on the Judicial Service Commission (JSC) representing Parliament – not a political party.

Section 165 stipulates all organs of state, including Parliament, must “assist and protect the courts to ensure the independence, impartiality, dignity, accessibility and effectiveness of the courts”.

For this reason, the Council for the Advancement of the South African Constitution (CASAC) has asked National Assembly Speaker Thandi Modise what actions Parliament is taking over Malema’s “unwarranted” and “unbecoming” comments about judges. The letter, dated 31 March and seen by Daily Maverick, was sent well before the start of the week-long judges’ interviews by the JSC from Monday.

CASAC’s letter specifically refers to the most recent of Malema’s sharp slating of judges, and the State Capture Commission chaired by Deputy Chief Justice Raymond Zondo during the 30 March televised media briefing on the recent meeting of its highest decision-making structure between elective congresses, the EFF central command council.

Malema said at that briefing that “the rule of law in South Africa is applied selectively” and that the State Capture inquiry was not holding to account the “Rupert stooges” and the Oppenheimers – the radical economic transformation shorthand for white monopoly capital – but was representative of “a certain faction of society”. Zondo was “not our god”, and his actions would be reviewed.

CASAC wanted Modise’s undertaking that the National Assembly would act on this ahead of the JSC interviews.

“These statements constitute an unwarranted attack on the integrity of Deputy Chief Justice Raymond Zondo and the judiciary as a whole. It is unbecoming of any member of the National Assembly, let alone one of its representatives on the JSC, to make such public comments that deliberately seek to undermine the independence and integrity of the judicial arm of the state,” wrote CASAC Executive Secretary Lawson Naidoo, who also raised the criminal charges against Malema, including assault and incitement to violence.

“The utterances of Mr Malema clearly undermine these constitutional principles and, if left unchallenged, will undermine the judiciary in the eyes of the public.”

Modise responded on Monday as Malema took his seat at the JSC interviews from Monday.

“The National Assembly does not hold the same position in respect of the judiciary that Mr JS Malema seemingly holds,” said the Speaker’s letter seen by Daily Maverick.

CASAC should submit a complaint in terms of the parliamentary code of conduct to the Registrar of Members’ Interests, if the council wished to take the matter further, it read.

The JSC replied with a “no comment” when contacted on Tuesday. Parliament spokesperson Moloto Mothapo said he could not add to the official letter on the matter.

EFF national spokesperson Vuyani Pambo did not respond to two telephone calls, a voicemail and an SMS on Tuesday. The EFF is on public record with its refusal to engage Daily Maverick, which also was denied access to its 2019 elective People’s Assembly.

Strictly speaking, the Judicial Service Commission Act does not set out the criteria for Parliament selecting its JSC members – six MPs and four delegates from the National Council of Provinces. Traditionally, political parties put forward their nominations, and political structures at the national legislatures resolve who will serve on the JSC. The names are then approved in the House. Malema was elected to the JSC in June 2014.

And so the focus falls back on Parliament – and its internal arrangement. The Constitution, in Section 57, states that the National Assembly may “determine and control its internal arrangements, proceedings and procedures”. Courts have upheld this constitutional responsibility, even when parliamentary rules have fallen short of expected standards or laws were found to be unconstitutional. Judges have identified the shortcomings, and then asked Parliament to fix the defects, often within a stipulated deadline of a year or two when it comes to legislation.

CASAC’s Naidoo told Daily Maverick on Tuesday the council would respond to Modise’s letter, saying it was crucial that Parliament consider this matter of JSC representation at its appropriate structures.

“A failure of Parliament to do so would constitute a dereliction of its responsibilities,” said Naidoo. DM