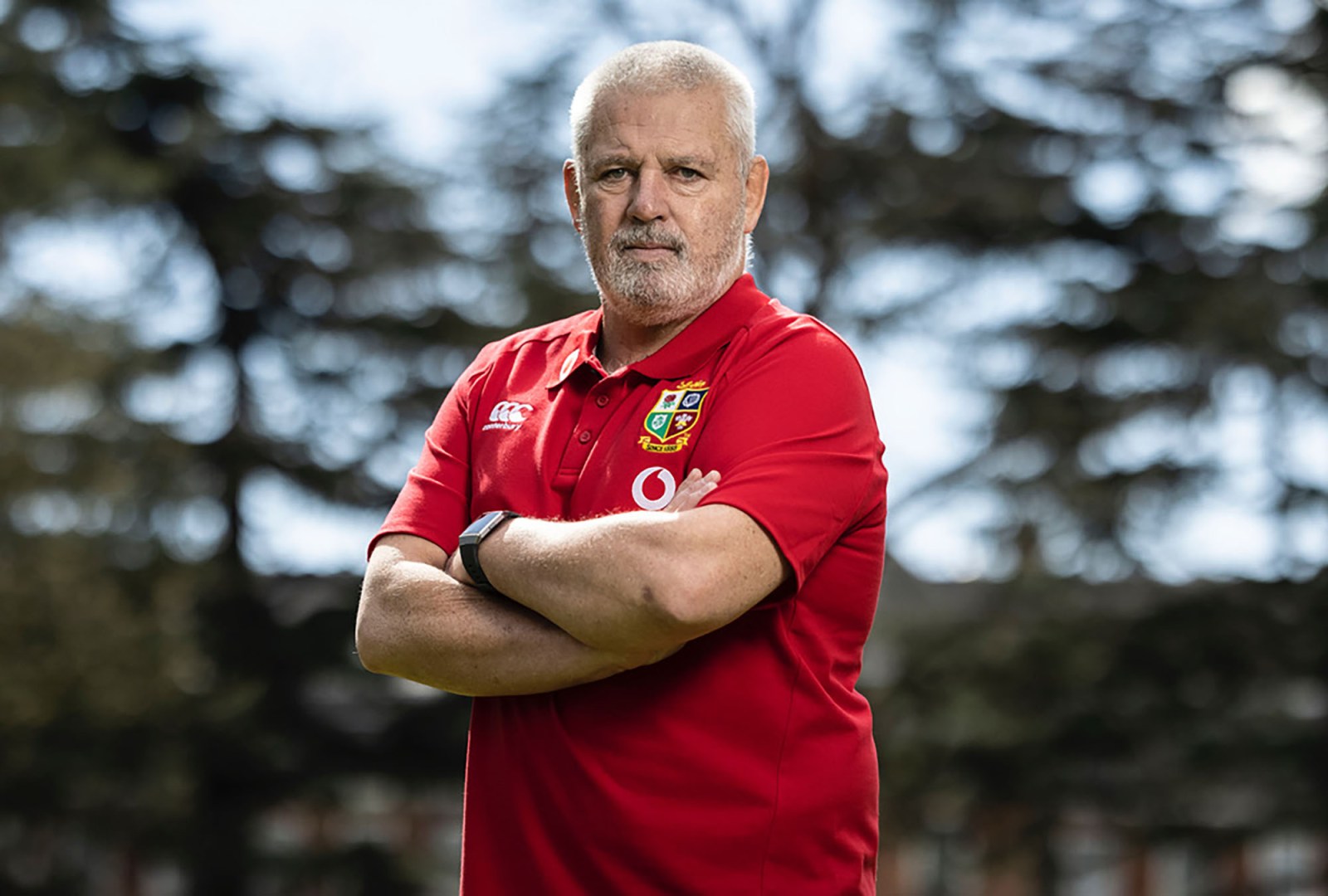 The last time the British & Irish Lions won a series in South Africa, in 1997, it was the Scottish coaching duo of Ian McGeechan and Jim Telfer that masterminded the Springboks’ downfall.

In 2021 New Zealander Warren Gatland will lead the Lions for a third time, but the Scotland national team coaching duo of Gregor Townsend and Steve Tandy will play a key role.

Gatland, the former Wales coach, has never lost a series as Lions head coach – guiding them to a 2-1 win in Australia in 2013 and 1-1 drawn series in New Zealand in 2017.

Townsend and Tandy have quickly rebuilt Scotland into a formidable team after they failed to make the quarterfinals at Rugby World Cup 2019. Their work resulted in the Scots’ first win at Twickenham over England in 38 years when they won 11-6 in February. They also beat a resurgent France.

Tandy’s elevation is a slight surprise, but with Gatland’s long-time defence guru Shaun Edwards out of the picture due to his new role as France defence coach, Gatland turned to the man who has reshaped the Scottish defence.

Scotland only missed 54 tackles in the entire Six Nations campaign. By comparison, next best England, missed 92. Scotland also carried the ball the most – 690 times and made the most metres as a consequence (4,176) for an average of 6.1 metres per carry.

Although England averaged 6.4 metres per carry, while Wales were also at 6.1 metres per carry, Scotland’s philosophy of more ball in hand on attack, underpinned by a rigid and disciplined defence, is obviously an approach Gatland sees value in adopting against the Springboks.

Townsend was a player on the victorious 1997 tour to South Africa and he later played provincial and Super Rugby for the Sharks in Durban. He is well-versed in the psych of South African rugby players.

Tandy (defence) and Townsend (attack) are joined in the coaching staff by Robin McBryde (forwards) and Neil Jenkins (kicking and skills). Both Jenkins and McBryde are former Lions players.

Jenkins also played a key role in winning the 1997 series as the Lions’ deadly goalkicker, scoring a record 41 points. Although a flyhalf for his entire career, McGeechan played Jenkins out-of-position at fullback and the Welshman surprised everyone with his exceptional bravery and skill in an unfamiliar role.

“I am very pleased to have assembled such a high-quality coaching team,” Gatland said when he revealed his coaching staff.

“It’s a really strong group and I’m excited to see what we can achieve together – I think we’ll all compliment each other well in South Africa. A Lions Tour is a unique challenge, so it’s important to have some continuity in the coaching group. Neil understands the exceptional demands that only a Lions Tour can present, and we will benefit from his knowledge and experience.

“But it’s also important to have new voices and a fresh perspective. Gregor is doing an excellent job in charge of Scotland and is an outstanding coach. He also understands the challenges of touring South Africa as a player and what it takes to win there, so I am extremely happy he will be part of the setup.

“Steve has made Scotland’s defence one of the most organised in world rugby – something we saw throughout the recent Six Nations. He’s clearly an intelligent coach and someone I am very much looking forward to working with.

“Obviously Robin is someone who I know very well from our time together in Wales. He is an impressive and experienced coach who continues to have success with Leinster. I think he’ll be well suited to the Lions environment and I am sure he will do an excellent job with the forwards.

“As the Tour approaches we may look to bring in some extra resources, but this will be the core group for the time being.

“Touring South Africa is always a huge challenge and clearly when the squad assembles in June to begin our preparations everything is going to look and feel a bit different to previous tours.

“But having spoken to the coaches individually over the past few days we’re absolutely determined to make it an enjoyable, memorable and ultimately successful experience for everyone involved.”

Although Gatland favoured current Ireland coach Andy Farrell to handle the forwards, the latter turned him down because of his commitments in Dublin.

That opened the door for McBryde, who is currently assistant coach at the formidable Irish club Leinster, who recently won PRO14. As forwards coach, he will have a key role in finding a way to stem the Bok pack, which was so dominant in RWC 2019.

“South African rugby is known for its physicality, so we’ll be under no illusions of what to expect when we arrive,” McBryde said. “The challenge for us will be to come together quickly and be physical and uncompromising in the way we play.”

Tandy admitted that he would use this experience, not only to help the Lions win, but also as preparation for RWC 2023 where Scotland have been drawn in the same group as the Springboks.

“There have been some brilliant Lions defence coaches in the past – Andy Farrell, Shaun Edwards and Phil Larder – so it’s a huge honour to be chosen,” Tandy said.

“From a defence perspective, we need to make sure we get everyone on the same page as quickly as possible. I am sure Gregor and I will benefit greatly from this experience and gain valuable knowledge about the Springboks ahead of the Rugby World Cup in two years’ time.”