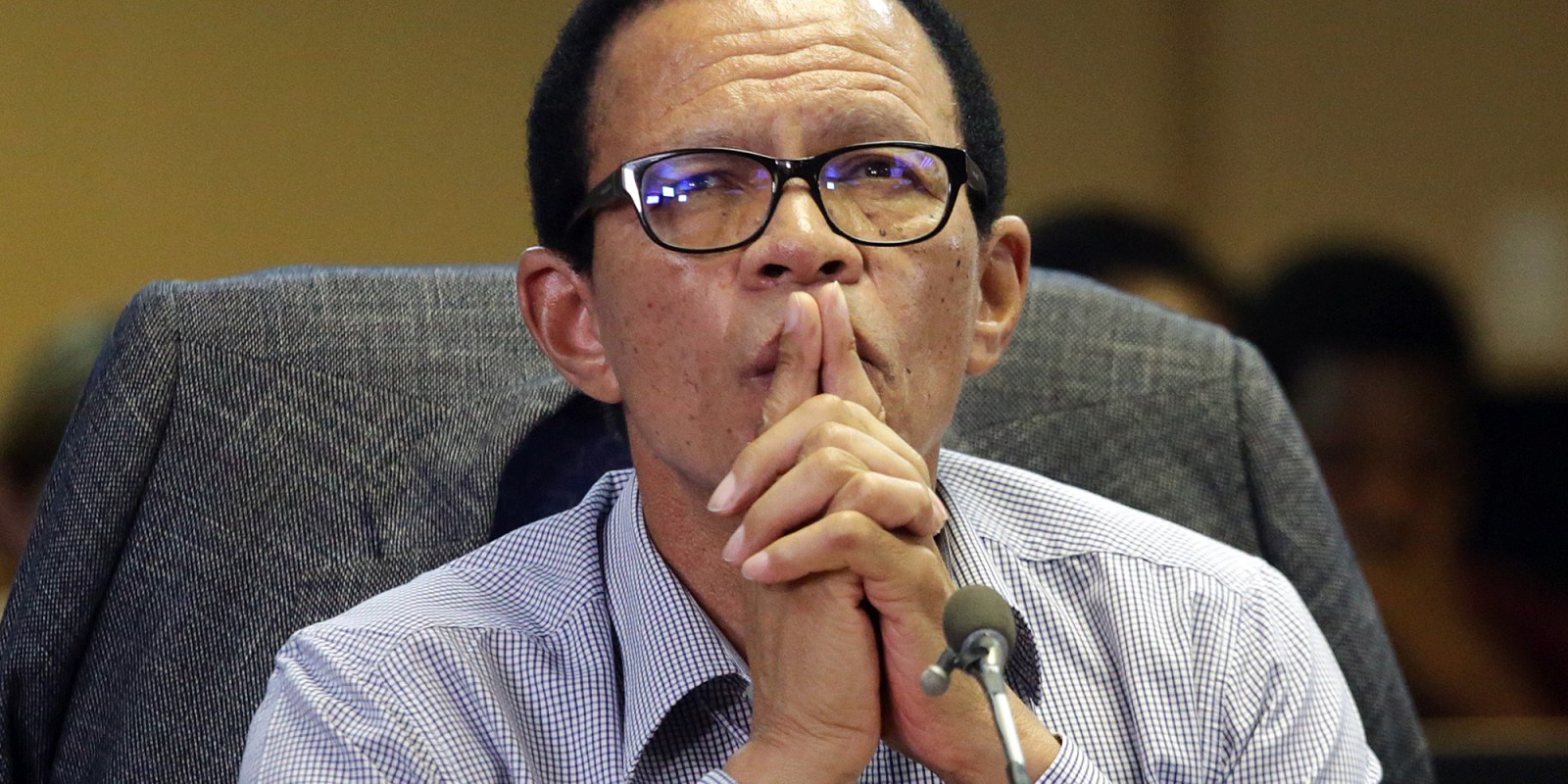 Former special director of public prosecutions Lawrence Mrwebi, who was removed from NPA in 2019, has been taken off the parliamentary shortlist to serve on the Critical Infrastructure Council.

Questions may well be asked about how a list of parliamentary nominees to sit on the Critical Infrastructure Council, a statutory body that has oversight over National Key Points, included Lawrence Mrwebi’s name.

Mrwebi was removed from the National Prosecuting Authority (NPA) by President Cyril Ramaphosa in April 2019 on the recommendation of an inquiry into his fitness and probity, chaired by retired Constitutional Court Judge Yvonne Mokgoro. (Read more here. )

The Critical Infrastructure Act expressly disqualifies from the council anyone who “has been removed from an office of trust”, according to section 5 of the law.

Perhaps the answer is that it was for lawmakers to make that determination, and not the parliamentary staff processing submissions in response to a public advertisement.

On Tuesday, eagled-eyed DA MP Okkie Terblanche alerted his fellow parliamentarians to Mrwebi’s inclusion through comments about a person “declared unfit for office” by the Mokgoro inquiry.

While no names were mentioned, the reference was clear. Earlier, Daily Maverick snapped the initial list as names flashed past on the screen. Mrwebi was among them.

In April 2019, the Mokgoro inquiry recommended “the president remove Lawrence Sithembiso Mrwebi from office as SDPP [Special Director of Public Prosecutions]”, outlining the failure “to introspect and reflect on the issues which have beset the NPA with their involvement, as reflected in this report” that included Mrwebi dropping charges against then suspended crime intelligence boss Richard Mdluli. Mdluli currently faces fraud and corruption charges while serving a five-year jail term for assault and kidnapping.  (Read more here.)

Mrwebi’s removal from office, along with former Deputy National Director of Public Prosecutions, Nomgcobo Jiba, led to the closure of one State Capture chapter at the NPA.

When Jiba turned to the courts to interdict Parliament from approving her removal, the process was put on ice. However, the Western Cape High Court in October 2019 dismissed Jiba’s application and a month later she told Parliament that she would be dropping all legal challenges.

That cleared the way for the legislature to approve the president’s decision to remove her from office – and Mrwebi, too. Read here.

Controversy on the ANC’s preferred new deputy public protector, but unanimity on making sure Jiba’s not coming back

On Tuesday, Mrwebi’s name was removed from the parliamentary shortlist to serve on the Critical Infrastructure Council following Terblanche’s intervention. Also removed were four matriculants and those with qualifications that included PR and “certificates in leadership”.

Going by discussions, supported by longer on-screen exposure of qualifications, it seemed the list would include a couple of security experts, at least one MBA holder and academics, in a balance of race, youth and gender.

Once Parliament’s police committee decides to publish its shortlist ahead of interviews, the final names will be announced.

Terblanche told Daily Maverick he was “reasonably satisfied” with the process so far. “We have to be mindful there’s a vetting process still ahead.”

This inaugural council – a top secret vetting level is a must for members – is meant to develop “objective criteria” for the identification, declaration and protection of critical infrastructure, ensure public-private cooperation and help secure such critical infrastructure “by creating an environment in which public safety, public confidence and basic public services are promoted”.

The police, State Security Agency and Department of Defence must deploy members to this council, as does Home Affairs, Public Works, the National Disaster Management Centre and the South African Local Government Association (Salga). The boss of the Civilian Secretariat for Police Services, or the Secretary for Police Services, chairs the council.

The police minister must appoint five members from the 10 nominations which Parliament compiles from a shortlist of at least 20 – that should include those knowledgeable in critical infrastructure protection, including at least one qualified in cybersecurity, risk management, disaster management and basic public services, as the legislation puts it.

Failing to secure top-secret vetting is another disqualification, alongside being declared an unrehabilitated insolvent or having “a direct or indirect financial or personal interest in any critical infrastructure”, according to the Critical Infrastructure Act. Or, as in Mrwebi’s case, having been removed from an office of trust.

What Tuesday’s process again highlighted with the inclusion, albeit briefly, of Mrwebi’s name, is the revolving door nature of important statutory and constitutional offices.

Opposition parties have publicly expressed concern about this revolving door, but also about the qualifications and experience of many of those submitted for consideration to structures where Parliament has a say. Privately, many ANC MPs share similar concerns.

SAHRC chairperson Bongani Majola was recommended by Parliament and then appointed by the president from January 2017 after having lost out in 2016 for the Public Protector’s post.

Recently, Parliament’s trade and industry committee interviewed – for the position of National Lotteries Commission chairperson – Terry Tselane, who in November 2018 left the Independent Electoral Commission after a seven-year term as vice chairperson, and former presidency director-general Reverend Frank Chikane, who served in the administrations of Thabo Mbeki and Kgalema Motlanthe.

These are just a few instances. Perhaps sometimes it’s sheer bloody-mindedness that a name is put forward, or maybe even a calculated gamble.

Parliament must be on guard. MPs were, during Tuesday’s shortlisting of candidates to interview for the Critical Infrastructure Council that’s touted as the legislative upgrade to bring the National Key Points in line with the Constitution.