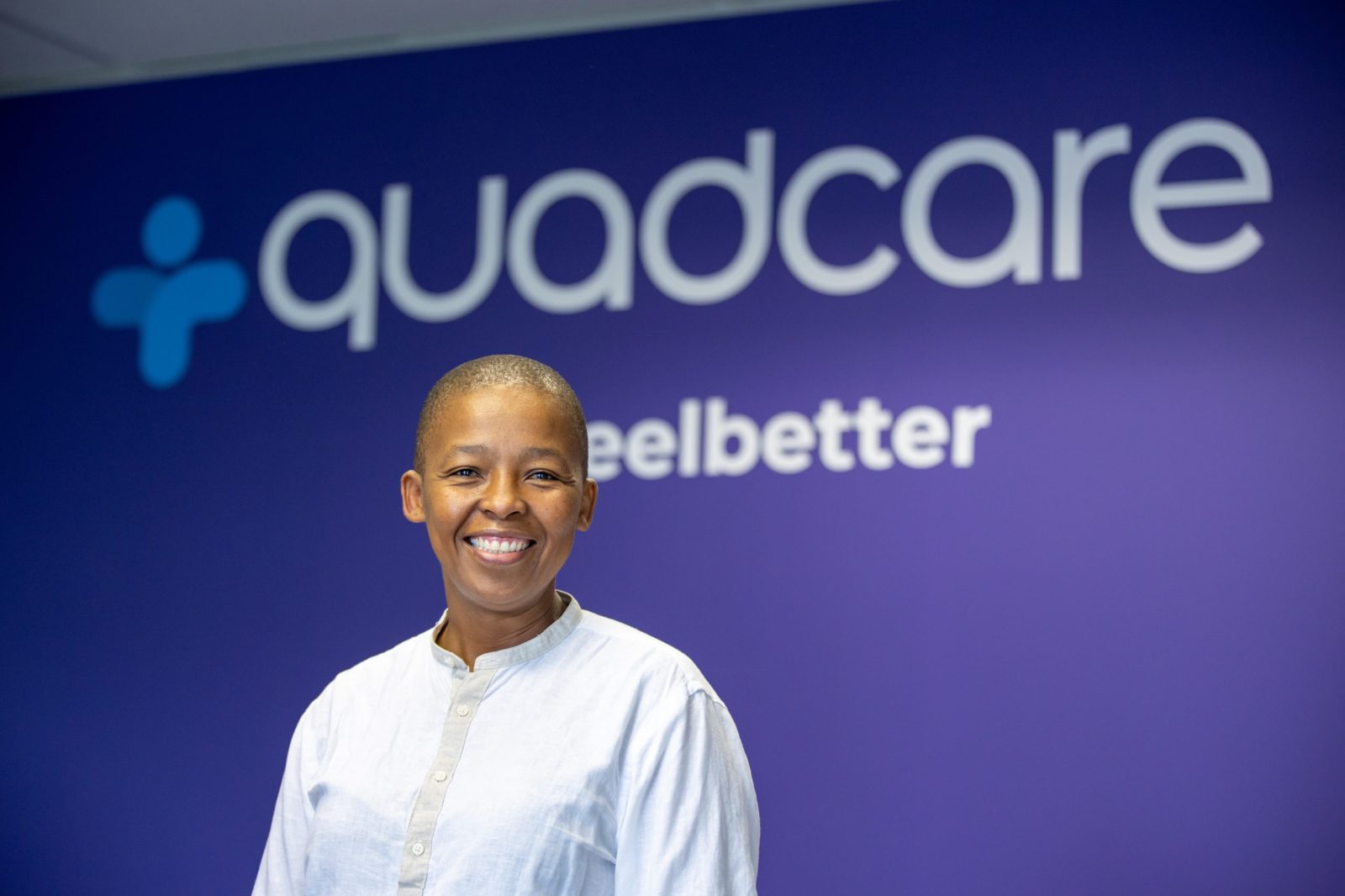 At the age of six, Dr Dulcy Rakumakoe decided to go into medicine so that South Africans like her grandmother would not have to wait for hours to see a doctor. Now the CEO of 10 clinics in Gauteng, she has had to learn the business of how to make healthcare affordable.

At Quadcare medical centres around Gauteng, such as in Alexandra and Edenvale, one can see a doctor and get basic medications for a base fee of R350. Profitability is based on high turnover and careful monitoring of processes and resources. The group hopes to expand to about 30 centres in the next two years.

Rakumakoe’s passion for making healthcare more affordable and streamlined started early on in her life, when she accompanied her grandmother to public hospitals. “Then you grow up later to realise that that is the story of many grandmothers … in the country; that is the South African story. People do not have access to health services.”

She experienced this first-hand doing her community service in a small hospital in North West. Having seen the pressure on facilities and the state of care, she opened a practice in Vryburg in 2002 on a bank overdraft and arrangements with furniture and medicine suppliers. She was working seven days a week and basing prices on what she thought patients could afford.

“I didn’t know the first thing about business then. I just knew, I’m going to open a medical practice and charge people R100,” Rakumakoe says. “So I was young and brave and naive and believed I could achieve anything and that’s how I started in the medical practice business.”

Around 2012, Rakumakoe decided to commit to building a business model that could have wider application. She completed an MBA at the Gordon Institute of Business Science and rebranded as Quadcare. “It is working. We are expanding, we are growing, we have investors who see the vision and believe in it and have fully bought into it.”

Many in the healthcare industry aim for affordability and accessibility, but Rakumakoe believes that a few things set her model apart. “I think number one is the task shifting, you know, making sure that what absolutely needs to see a doctor is what is seen by a doctor.”

So, for instance, a patient coming for something routine like a blood pressure check would likely not take up the time of a doctor or clinical associate, but rather be seen by a nurse.

“There’s a lot of wastage that happens in the healthcare system,” Rakumakoe says. Quadcare has systems that carefully monitor the functioning of the clinic, from waiting times to stock. “You need to make sure that everyone is assisted efficiently, within a short period of time, so that the next patient can come in because the profitability is reliant on patient numbers.”

The cost of medicine that is included in the base fee of R350, from headache tablets to chronic medications, balances itself out across the majority of patients. Additional services such as X-rays and antenatal care are likely to cost more.

Rakumakoe also puts the strength of the business down to soft skills, which focus on employee sensitisation and training. “I think another differentiator for us is the insistence on quality, accessibility, and dignity, making sure that every patient [who] comes in knows that they will be treated with love and care and respect.”

Quadcare has big expansion plans, and Rakumakoe says that this growth is based not only on the number of clinics and patients but strategic contracts, such as those with government and big corporates. She is only one example in an industry that is often compromised and unequal, but Rakumakoe’s clinics are making a difference to someone’s grandmother. DM168