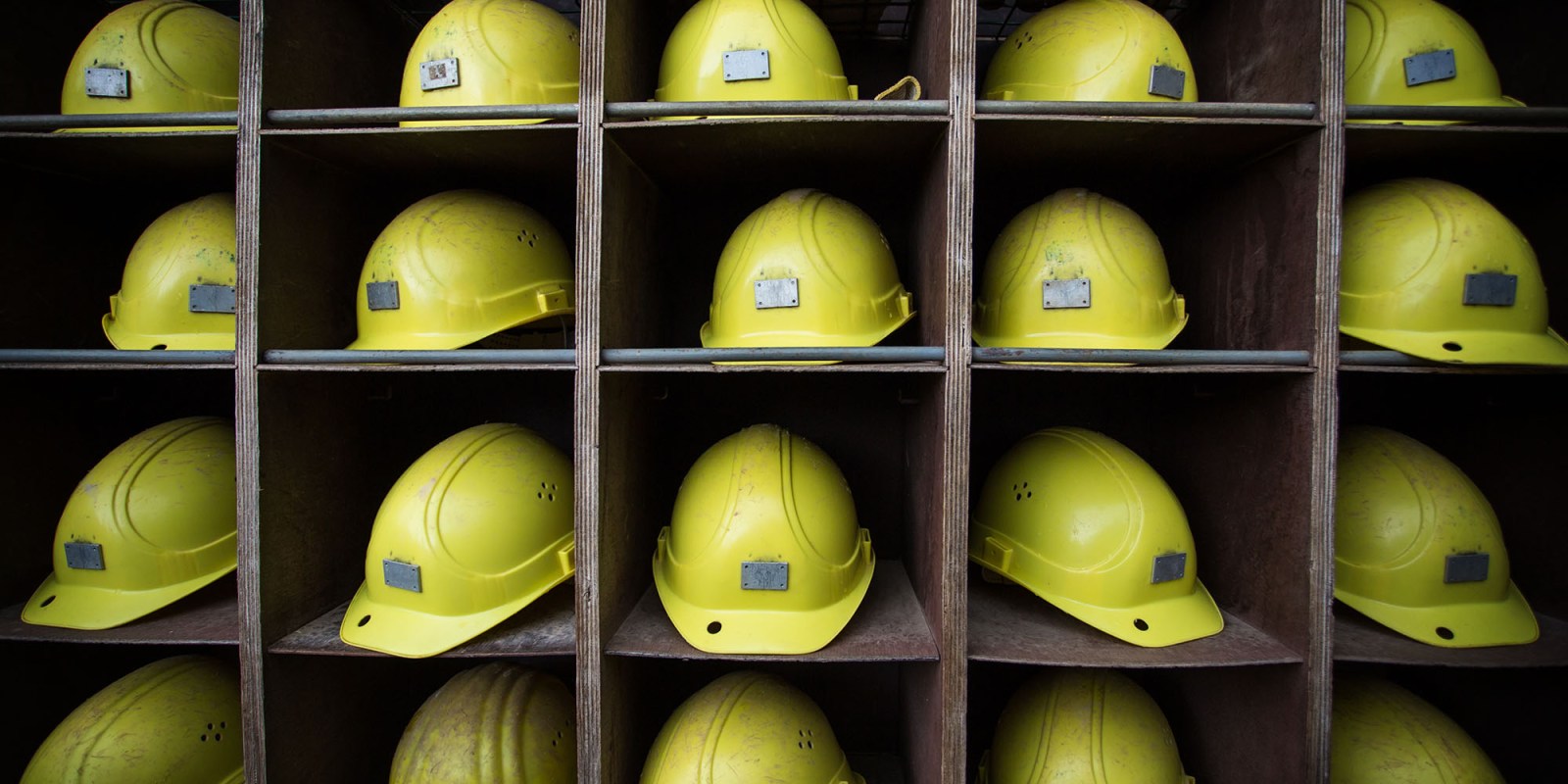 Management attempted on Monday to reopen the Blyvoor mine – which has been shut for two weeks by protesters after 60 members of the NUM were sacked for taking part in a wildcat strike – but the attempt had to be aborted after men arrived with sticks and pangas, according to witnesses.

The Blyvoor saga rumbles on with no end in sight. On Monday, workers arrived to begin their shift, but then the mine was closed again after protesters returned. Reports suggested scores of men showed up with sticks and pangas.

Blyvoor Gold, the company which has been rebuilding the Blyvoor mine in western Gauteng, got a court interdict last week which had very explicit instructions to the police. It said the National Union of Mineworkers (NUM) and several individuals linked to the union “are interdicted and restrained” from blocking access to the mine or “intimidating, threatening or assaulting” the employees.

The order instructs the police to “give effect to the restraints and interdicts” and to “disperse, remove, eject or arrest persons” who contravene the order.

“Police had been asked to intercept the crowd at the property boundary and read them the interdict and so prevent them from coming to our main gate. The police are reluctant to do so,” the manager said. “The police advised that we should go home as they can’t protect the employees.”

The SAPS did not immediately respond to queries about the issue. The spectre of the 2012 Marikana massacre looms in the background. Still, the police have a job to do and it would appear that they are not doing it.

Tensions have been simmering at Blyvoor, near the town of Carletonville, since the March 2 murder of Wels Sempe, a company director who was also leader of the Blyvoor Workers’ Union (BWU).

The NUM claims the BWU is a management front and that workers at the mine are coerced into its ranks. The company, in turn, says NUM members have been waging a campaign of intimidation. And in the background are suspicions that illegal miners or zama-zamas are also involved in some murky way. The cars last week that were blocking the access road to the mine were expensive, suggesting the kind of money associated with organised crime, not rock drill operators.

Blyvoor shut in 2012 because of a violent wildcat strike and subsequently went into liquidation. Rebuilding the mine after it was asset-stripped by zamas and other criminal elements has been going on for years, thanks in large part to capital raised from foreign investors.

Both the NUM and the company have called for the government to intervene. An NUM spokesperson on Monday said the union had not yet heard from any government department – such as labour or minerals and energy – about the matter.

So the impasse remains, and the future of the mine – which recently produced its first gold again – is shrouded in uncertainty. DM/BM