World Cup qualifier: Victory of underdog North Macedonia goes down in the annals of sport folklore 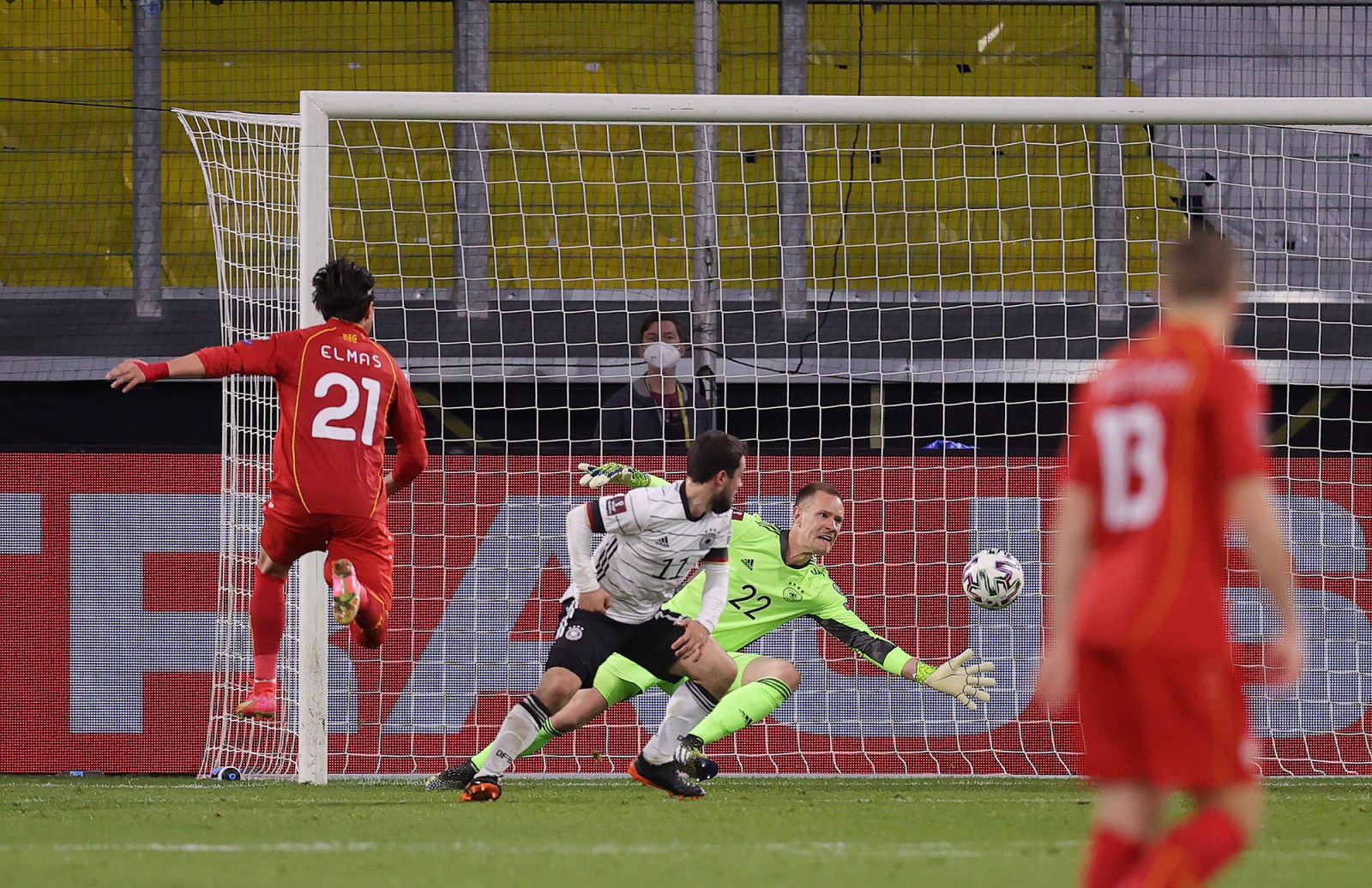 Germany’s sensational loss to the Balkan team in a World Cup qualifier ranks as one of the greatest upsets in not just football, but all of sport. And it forever joins a list of some of the biggest surprises on a sports field.

To paraphrase the immortal line from Welsh comedian and singer Max Boyce, Germany were lucky they only played against North Macedonia, and not all of Macedonia.

If the match, which kicked off on the evening of 31 March, had happened a few hours later, most people seeing a result reading “Germany 1, North Macedonia 2” would have thought it a weak April Fools’ joke.

The once dominant Welsh were so badly flattened by the Pacific Islanders that Boyce’s remark was funny because it had a crumb of truth to it.

It was a seismic moment in rugby at the time, but it was also a preview of the decade to come. Wales were rubbish for most of the 1990s and Samoa (they dropped the “Western” later), emerged as a very good team who made the quarterfinals of RWC 1995 in South Africa.

North Macedonia’s historic 2-1 win over Germany had a little luck about it, as these upsets often do. They were up against a German team stacked with stars, yet Germany only managed two shots on goal. The Macedonians put three on target and scored twice.

They were joined by the Chelsea duo of Kai Havertz and Antonio Rüdiger, Juventus’ Emre Can with Chelsea striker Timo Werner coming off the bench. This was a team of heavyweight stars from the biggest clubs in the world.

North Macedonia’s most famous player is the ageing 37-year-old Goran Pandev, who plays his club football for Genoa in Serie A in Italy. He scored one of the historic goals and Napoli’s Elif Elmas netted the winner five minutes from time.

The Macedonians inflicted a first World Cup qualifying defeat on Germany in 20 years and 35 games. The last time Die Mannschaft lost a qualifier was in 2001, when they went down 5-1 to England at home.

Following that upset, Germany still qualified for the 2002 World Cup finals in South Korea and Japan, and finished runners-up to Brazil.

World Cup qualifying is put aside for the next few months as focus shifts to the delayed 2020 European Championships, for which Germany have qualified.

North Macedonia also qualified in the extended 24-team event, but until this week their participation seemed a result of a weak qualification route rather than their own ability. The win over Germany has changed that perception.

German coach Jogi Löw might not survive this embarrassment to end his career with a tilt at another title, such is the backlash in Germany following North Macedonia’s win.

Löw recently announced the European Championships would be his swansong after a career that saw Germany win the 2014 World Cup in Brazil. That choice might not be his to make now.

The result will possibly go down as the greatest sporting moment for North Macedonia, considering that football is the country’s national sport and Germany are to football what the All Blacks are to rugby or India are to cricket.

A quick scan of the Fifa World rankings before the match showed North Macedonia in 65th, wedged between Albania in 66th and Honduras in 64th. Germany was 13th, which is unusually low for them.

North Macedonia was 10 places higher than Bafana Bafana on the rankings, though. That gap is sure to grow because they will move up significantly after the German victory whereas South Africa will continue to plummet after losing to Sudan.

It’s clear North Macedonia are not a bad football team, but their win was as dramatic as anything that’s happened in world sport.

The obvious comparison for a South African audience is Japan’s famous 34-32 RWC 2015 win over the Springboks in Brighton, but in pure football terms it’s up there with Cameroon’s 1-0 win over Argentina in the opening game of the 1990 World Cup.

Or it could rank alongside the US’s 1-0 win over England at the 1950 World Cup in Brazil. A team of part-time players stunned the full-time professionals of England thanks to a strike from Haitian-born Joe Gaetjens and a stunning late save from keeper Frank Borghi.

When he wasn’t tending the US’s goal, Borghi made a living as a hearse driver in Missouri, which was a fitting occupation considering the result was like a death for English fans.

Will North Macedonia use this result as a springboard to unlikely World Cup qualification for the finals in Qatar in 2022?

Who knows? But beating Germany away from home has earned the Balkan team three unlikely group-stage points and leaves them level with Germany on six after three games in Group J, and it’s given them a place in sporting folklore. DM168