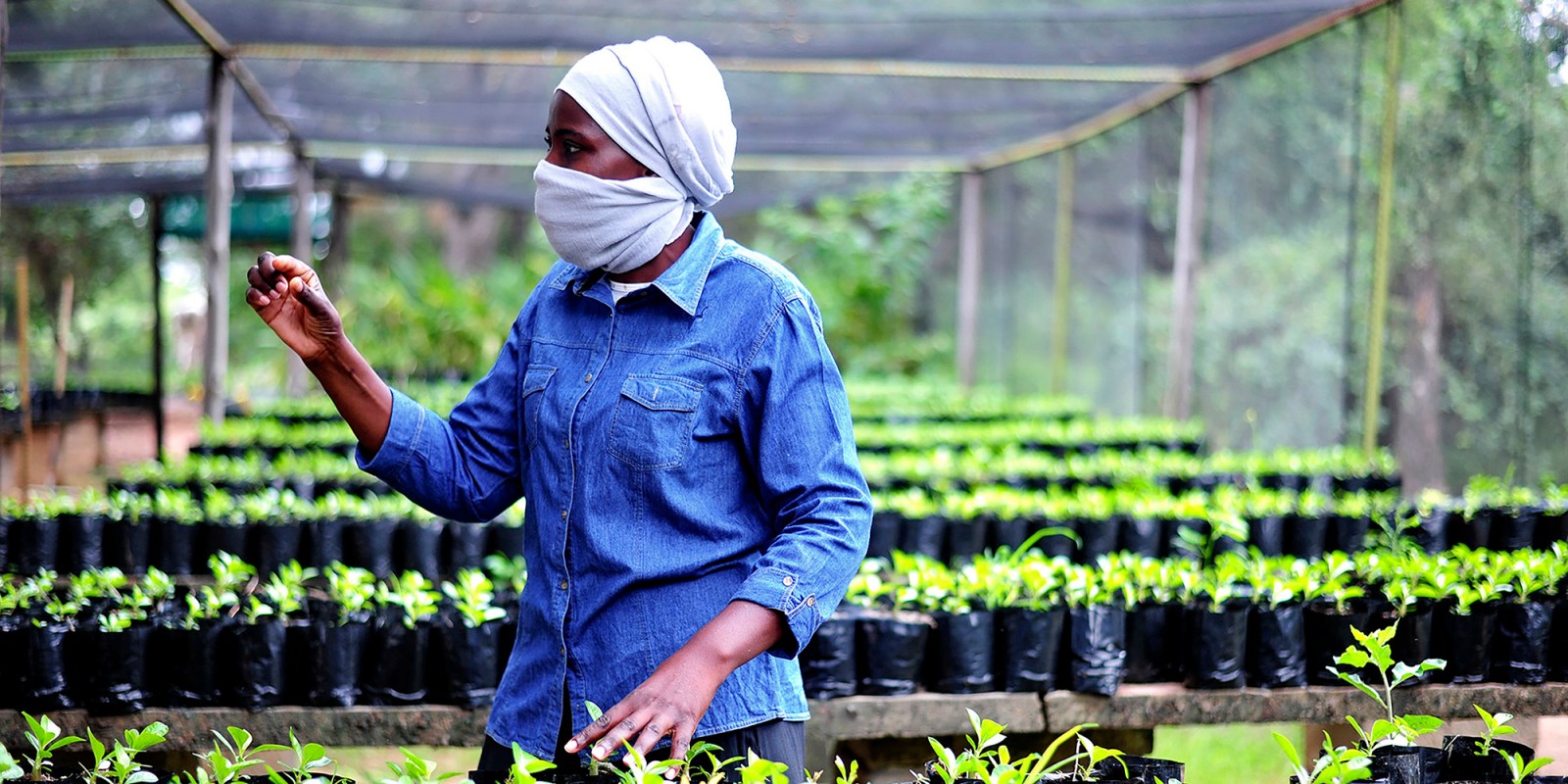 While rangers fight rhino poachers, SANParks is trying to save medicinal plants from extinction.

As five men arrested for the illegal possession of a protected plant species without a permit were appearing in a Cape Town court recently, about 1,800km away in a nursery in the Kruger National Park workers were busy tending to plants as part of a project to save them from being poached to extinction.

The men were arrested in Durbanville near Cape Town last year and charged for being in possession of wild ginger (Siphonochilus aethiopicus) without a permit.

Wild ginger, xirungulu in Xitsonga, isiphephetho in isiZulu or serokolo in Sotho languages, is listed as an endangered species in the Threatened or Protected Species list in terms of the National Environmental Management: Biodiversity Act 10 of 2004.

A permit is required for the harvesting, possession and trade in the species, which is highly sought by healers for use in treating various ailments and for conducting certain spiritual rites.

The Cape Town men are expected back in court on 17 May – but their case is neither unique nor an isolated one. According to the Convention on International Trade in Endangered Species of Wild Fauna and Flora (Cites), approximately 60,000 plant species are harvested mainly for medicinal usage in the world.

“These harvested medicinal plants are not only a major source for traditional medicine but are also used as an important raw material for modern medicine, perfume, cosmetic products, etc.”

Cites also notes that the demand for and trade in these medicinal plants have been increasing and that in 2014 the global reported trade in plants for medicinal purposes alone was valued at more than $3.4-billion.

Critically, the convention warns that many medicinal plant species are threatened with extinction through overharvesting, habitat loss, climate change and illegal international trade.

In the Kruger National Park’s Skukuza Indigenous Nursery, manager Meurel Baloyi and her staff are working on a project that aims to save medicinal plants targeted by poachers.

The South African National Parks (SANParks) Warburgia salutaris conservation programme has seen more than 30,000 medicinal plants donated to traditional healers and communities along the park’s borders in a bid to ensure their sustainability and to minimise the impact of poaching.

On a cool, overcast morning Baloyi and her colleagues carefully tend to the plants lined up neatly on the floors and tables in the nets.

Among them are indigenous medicinal plants highly sought after by traders who sell them to healers on the black market. These include the pepper-bark tree (Warburgia salutaris) and wild ginger.

The pepper-bark tree, xibhaha in Xitsonga (which is widely spoken in communities in the southern and central borders of the park), is used for the treatment of colds, respiratory ailments, fever, malaria, coughs and abdominal pain, among many other ailments.

The project, said Baloyi, came about when rangers constantly came back from their field patrols with worrying reports of human harvesting of medicinal trees and plants in the park.

As part of its People and Conservation project, SANParks organised workshops with traditional health practitioners from communities living along the park’s borders to work out a solution. The workshops revealed some interesting facts. “They [the healers] mentioned that they need the plants for medicine. They also told us that they have exhausted the plants outside [the park],” said Baloyi.

Dr Louise Swemmer, an economic and social scientist with SANParks who works on the SANParks Warburgia salutaris conservation programme, said its objectives are to save the species and enable people with opportunities to use the plants for their benefit, and in so doing to create value.

“In most cases, traditional healers buy the medicines that they are not able to harvest in their immediate vicinity from the markets. The harvesters who ‘poach’ are generally from areas away from the [Kruger] park and are harvesting for the commercial market.

“So, we hope to provide enough tissue in the local home gardens [so] that the muthi hunters [gatherers] will not come into the park and risk their lives, but rather buy from the local growers,” explained Swemmer.

According to SANParks, seeds for the programme are harvested from a Warburgia orchard on a farm in KwaZulu-Natal and dried before being transported to the Agricultural Research Council and the South African National Biodiversity Institute in Mpumalanga in trays, where they germinate and grow into small seedlings.

The seedlings are then taken to the Skukuza Indigenous Nursery in trays, after which they are planted out into individual bags.

Once they have grown into saplings, they are distributed widely for planting.

The nursery targets for distribution include, on small scale, SANParks staff, community and school groups at a low intensity and traditional healers on a large scale, with an intensive monitoring programme.

“At the workshops we donate the trees, and then we try to go back and visit the healers from time to time to see how the trees are doing. This is the important part, as it’s how we try to build and maintain relationships,” said Swemmer.

She highlighted the fact that, as the network of healers they engage with grows, it becomes harder to maintain the relationships. Swemmer said so far they have engaged with close to all the healers adjacent to the Kruger National Park, “either directly, 400, or indirectly, about 3,000”.

“Having positive relationships with people living next to the park is of paramount importance for the Kruger Park, and the medicinal plant project is one of the many ways in which we do so,” she said.

Swemmer said the project has had positive conservation spinoffs by not only reducing the pressure on wild populations but also by building positive relationships with traditional healers.

She describes these healers as “a very important group in society”.

She says in so doing they hope to build support for conservation as well.

“But not through teaching people, but rather through learning together in ways that unlock opportunities for people to feel the benefits of conservation in ways that are seen as legitimate and are culturally appropriate to them,” she said.

Baloyi noted that the disturbing reports from rangers have decreased since the project was implemented.

“We have seen a big difference. But we must continue working,” she said. DM168