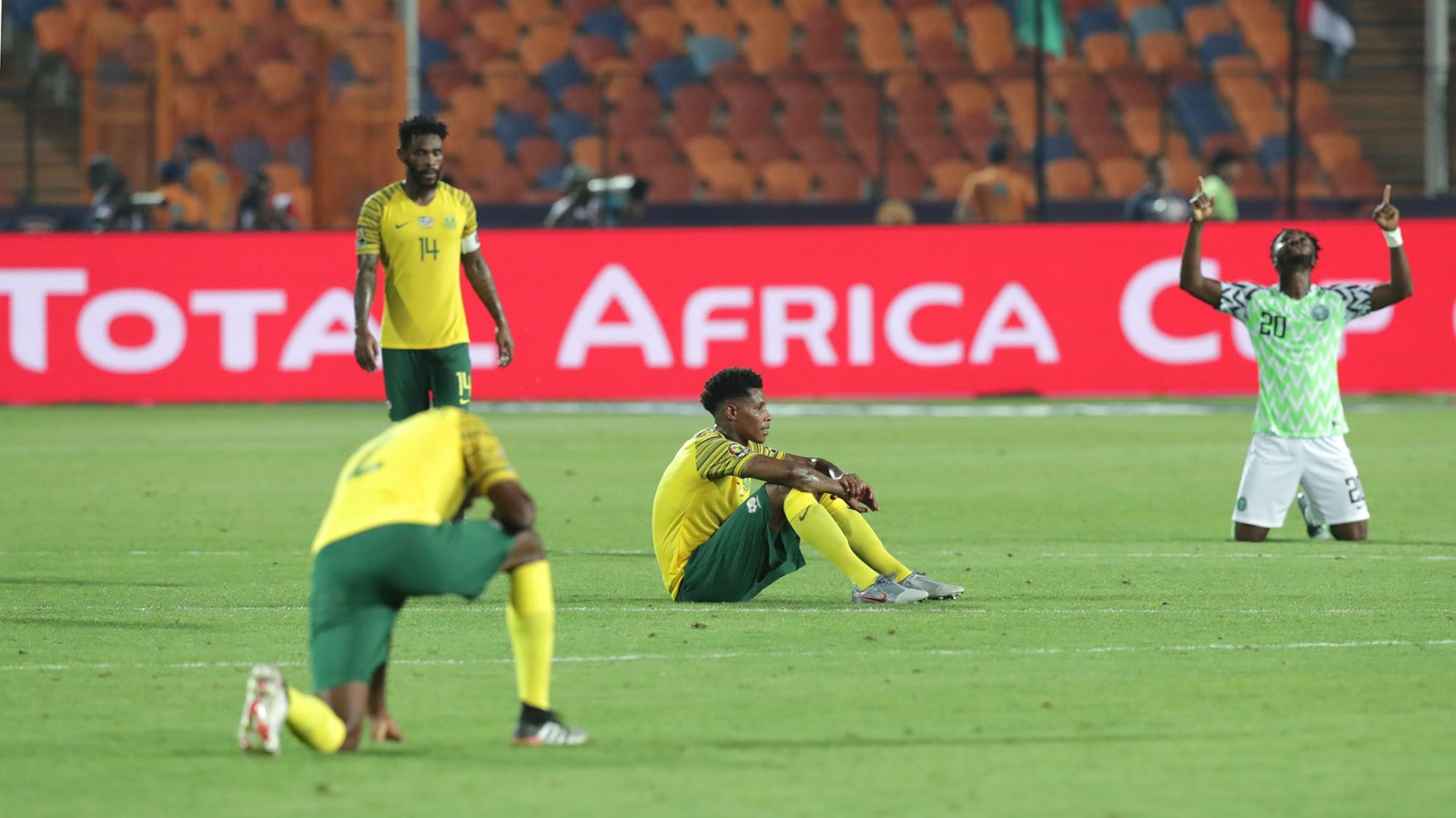 The South African Football Association has attempted to pass off Bafana Bafana’s failure to qualify for Afcon 2022 as an anomaly in an otherwise successful local footballing landscape. But the reality is different.

The South African Football Association (Safa) has spent the week furiously paddling in the choppy seas of discontent, belatedly trying to row back against the damage of Bafana Bafana’s failure to qualify for next year’s Africa Cup of Nations (Afcon) finals.

Safa claims its Vision 2022 project remains a success, even if the start of next year will see the hosting of a Cup of Nations tournament in Cameroon with 24 countries – almost half the membership of the Confederation of African Football participating – but excluding South Africa.

Safa’s assertion is that its success must be measured across all national teams – men’s, women’s and junior – and so it feels it’s making strides. But the frank reality is that football fans care little about that, even though the national Under-23 team is headed to the Olympic Games in Tokyo in August or that the women have won the regional Cosafa tournament four years in a row. Those, or any of the other achievements Safa has been trying to trumpet over the past days, have had a hollow ring.

The men’s national team remains the benchmark. Losing in Sudan earlier this month was yet another low point in its chequered history – and the expected outcome of some hideous decisions made at boardroom level, for which the country’s top officials must take responsibility.

Unfortunately, there have been too many setbacks for a country of SA’s size and resources, and most of them point to the way the team has been managed over the years.

Ntseki was the wrong man

The appointment of Molefi Ntseki as coach in August 2019 was akin to putting an ice-cream cart driver behind the wheel of a Lamborghini.

Ntseki had neither played nor coached a senior game in his life – he was an assistant at Bloemfontein Celtic before being named Under-17 national team coach – and had only been elevated into the senior national team set-up as an assistant to Stuart Baxter because of budgetary constraints.

Ntseki was never going to be able to take charge of, or properly motivate, the country’s best players, never mind be able to pick the right team for matches against the likes of Ghana and Sudan in the 2021 Cup of Nations qualifiers.

By all accounts, his preparation was thorough and the players liked him, but a lack of gravitas was reflected in their performance. This was no general to inspire a fixed-bayonet rush over the hill at the enemy.

When Baxter left after the 2019 Cup of Nations finals, in which Bafana were generally woeful but managed to gloss over their mediocrity by eliminating hosts Egypt in the first knockout round, Ntseki had emerged as a candidate, but only on the basis of already being in the system.

Frighteningly, he received a seal of approval from the Safa technical committee, made up of many former coaches, who were mandated to make a recommendation that the organisation’s national executive committee would approve.

This they did at a time when Safa was effectively bankrupt, although this can be no mitigation for handing one of South Africa’s top sports jobs to someone who was so markedly unqualified.

Examples of similar abominations in parastatal appointments should have been a clear warning sign, even if it is a tad harsh to suggest Ntseki is to Safa what Dudu Myeni was to South African Airways and Hlaudi Motsoeneng to the SABC.

Driving the national broadcaster to the brink of bankruptcy had a dramatic impact on Safa, which, like similar national sports bodies, is heavily dependent on television revenue.

The last deal signed with the SABC was in 2012 and worth more than R250-million over three years. When that concluded, and with the SABC then running short and no longer able to bid, Safa signed a R1-billion deal with proposed pay-TV company Siyaya.

But even the most ardent believer would have been sceptical about a deal with an unknown entity that quickly came to nought, leaving Safa’s coffers empty – and that affected its ability to hire a quality coach.

Ntseki came under heavy pressure from Safa president Danny Jordaan to pick more of the overseas-based players, the kind that one of his predecessors, Shakes Mashaba, deliberately left out of the squad because he felt intimidated by those who were learning under coaches in foreign climes.

Jordaan’s rationale behind this is that the current landscape of African football is dominated by countries whose teams are made up of players who have either moved to Europe, usually at an early age, or come from the diaspora.

Algeria won the Cup of Nations in 2019 without a single home-based player and runners-up Senegal did not have any either. The likes of Burkina Faso, Ghana, Guinea and Mali have all become much more competitive after strengthening their team with players based abroad.

More recently, former no-hopers such as the Cape Verde islands, Comoro Islands, the Gambia, Guinea Bissau and Madagascar have had their fortunes transformed by filling their line-up with players born, or raised, in Europe but with a connection to the homeland, in some cases fairly tenuous.

Jordaan is a believer that this is the edge now in the African game and if he had his way, the best South African footballers would be packaged up early and packed off to better themselves overseas.

There is plenty of evidence to back up this viewpoint, but it forgets to consider the standard of the domestic league. Egypt have won more Cup of Nations titles than any other country with hardly any legionnaires. Indeed, since they began exporting more footballers they have become less effective.

Tunisia have qualified for 15 successive Cup of Nations finals – a record – plus participated in four of the last six World Cups; all with squads dominated by home-based players.

Tunisian clubs are regularly top of the pile in African club competition, as are the Egyptians.

South Africa’s league is of a similar standard, and this means Ntseki was wrong to buckle under the pressure to play Israeli-based Siyanda Xulu, for example.

He could hardly hold on to his place at Maritzburg United last season – and had previously been let go by both Mamelodi Sundowns and Kaizer Chiefs – but because he has played regularly at Hapoel Tel Aviv this season, he was slotted into Bafana’s back four in the vital game in Khartoum when there were better local candidates, such as Nkosinathi Sibisi or Tareeq Filies.

South Africa went a goal behind after just five minutes when the defence failed to deal with a Sudan setpiece, and the writing was quickly on the wall.

Now a new coach must be found and there is a shortage of decent candidates – locals Benni McCarthy, Pitso Mosimane, Eric Tinkler and the likes of Carlos Queiroz, Hector Cuper and Hugo Broos from elsewhere.

Jordaan will realise it is imperative to ensure a proper profile for the man in charge, to give the team a lift and send out a clear message of intent.

Budget cannot be the primary consideration. Safa must find the money or pay a much heavier cost further on down the line. DM168