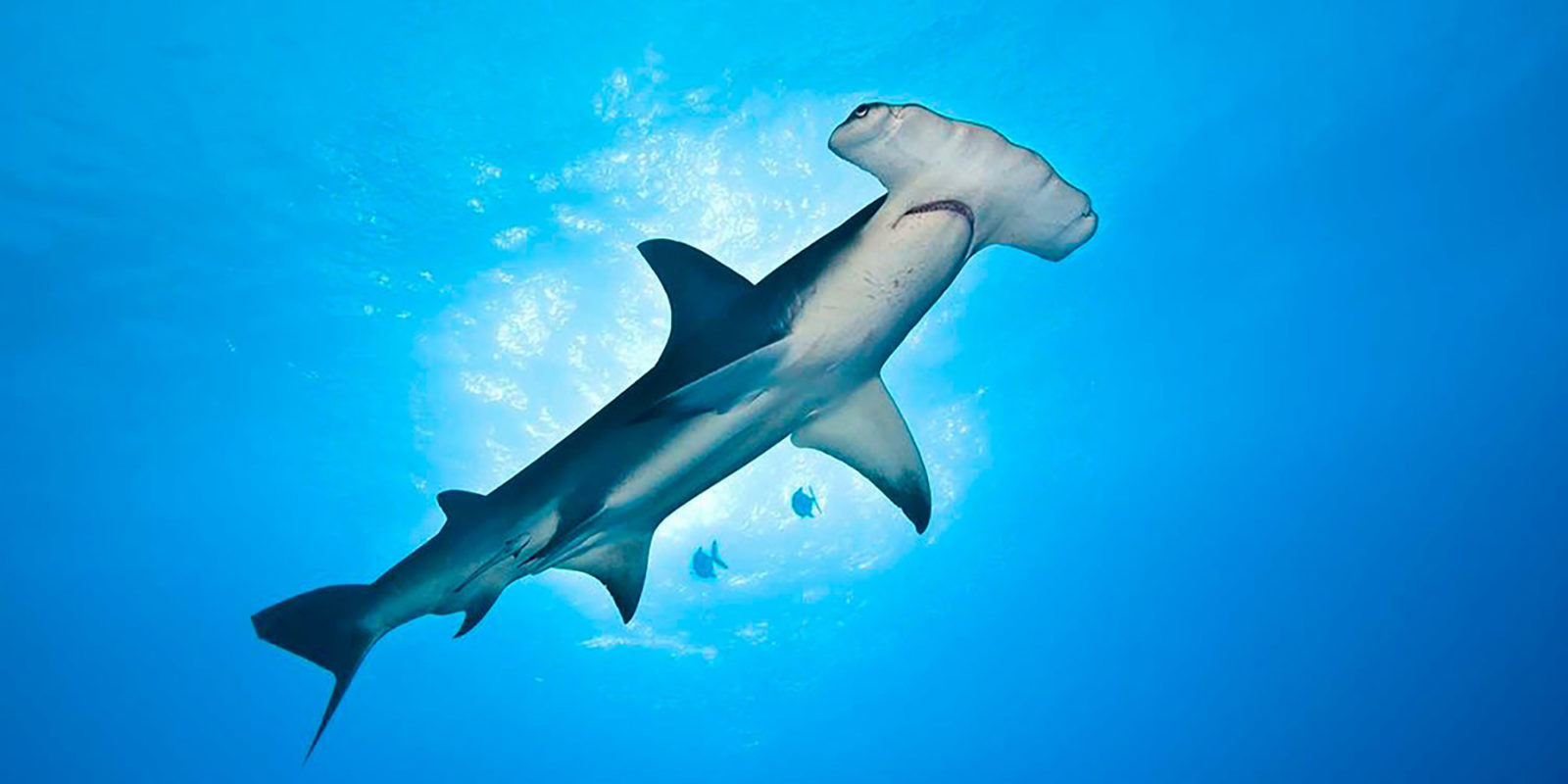 Marine protected areas (MPAs) now cover 8% of the world’s oceans and calls for an expansion to 30% by 2030 are laudable. It’s good news for efforts to conserve natural ecosystems and to ensure the sustainable use of our marine resources.

Much more needs to be done, however, especially in improving how MPAs are managed.

In December 2020, The Guardian reported that only 1% of the 3,000 supposedly protected areas in the Mediterranean ban fishing. The UK-based publication quoted a study that noted the European Union had failed to halt overfishing, while a 2019 study found that 59% of the MPAs in Europe were trawled by commercial vessels at higher levels than unprotected areas.

According to a September 2019 article in National Geographic, only 4.8% of global MPAs are actively protected and a low 2.2% of global MPAs are classified as highly protected. This is particularly true in less developed countries, such as South Africa, which grapple with the need to balance protecting valuable natural capital with a pressing hunger for jobs and economic development.

Well-intentioned initiatives may not live up to their promise if the conservation of these areas remains underfunded and inadequately managed, as is happening in South Africa.

In October 2018, the South African Cabinet approved 20 new marine protected areas, bringing the total to 41 and increasing the protected areas from 0.4% to about 5% of South Africa’s economic exclusion zone. The move mirrors conservation efforts across the globe, where MPAs have been recognised as buffer ecosystems against natural and human-made shocks, including rising temperatures.

But do these new and expanded MPAs mark real progress for conservation or are they little more than paper parks?

Roving Reporters spoke to Dr Judy Mann of the South African Association for Marine Biological Research. Mann cautions that, although well-intentioned, South Africa’s expansion of MPAs may not live up to their promise if the conservation of these areas remains underfunded and inadequately managed.

Skyla Thornton: Why are MPAs valued and what purpose do they serve?

Judy Mann: MPAs are an important investment in our future. They protect specific areas, allowing for many species of fish to thrive. This abundance in turn benefits local fisheries. In addition, they provide a protected space for endangered species to be nurtured, biodiversity to be created and a natural balance to be restored. They also have a critical value in terms of protecting the ocean floor against mining, which can be exploitative. In a unique way, MPAs protect the many biomes of our oceans in a network that can benefit not only the life within oceans, but life on land as well.

Some have no-take zones (no fishing, harvesting or extracting of any marine life). Others have restricted and controlled areas that allow fishing with permits (including subsistence fishing) and various recreational activities.

Thornton: What is the situation with MPAs in South Africa?

Mann: There are currently 41 MPAs around mainland South Africa, covering about 5.4% of our waters. While these all exist on paper, the effectiveness of their management is variable. Some are very well-managed while others are hardly managed at all. (But) we have a good system to measure how well-managed each MPA is, and every few years a report is produced in which the state of each MPA is discussed.

Thornton: What happens when an MPA is declared, but there is no follow-through from the government in terms of funding and proper management?

Mann: The areas you are referring to are often called “paper parks”. These types of areas are where we continue to see destruction and exploitation due to a lack of regulation and funding, as well as inadequate management. “Paper parks” are an unfortunate occurrence, especially when it would beneﬁt our coast the most if we had a network of marine protected areas to protect a variety of ocean ecosystems and habitats.

Thornton: Is there a way to ensure paper parks cease to exist, particularly from a political perspective?

Mann: Paper parks exist when an MPA is proclaimed, but not managed. Some are declared in an area that is convenient in placement and does not require much eﬀort in terms of management. After proclamation, a management plan needs to be developed to ensure that the designated MPA does not simply become a paper park. It is abundantly clear that there needs to be a genuine political will to change the status quo and protect the environment by following the guidelines and adhering to frameworks that already exist. With this, it becomes easier to allocate funding, resources and manpower to the MPAs.

Thornton: Some politicians in First World countries see environmental work as a way to get voters on their side. Do you think declaring a paper park can be politically motivated in this way?

Mann: I do believe that there is a genuine desire from many politicians to protect marine environments and that they want to manage them as best they can. Given our history of economic disarray and issues with fund allocation in South Africa, it is diﬃcult to ensure that adequate follow-through happens. Ultimately, I don’t think that the existence of paper parks in South Africa stems from a place of politics, but rather from incapacity and a lack of understanding of the benefits to people of well-managed protected areas.

Thornton: What role does the community play in the existence of MPAs in South Africa?

Mann: Empowering local communities through job creation and other economic benefits is key to adequately managing MPAs, as it automatically reduces conflict with communities living around the areas, particularly those who survive on the local fauna and flora.

Many communities share a genuine desire to protect ocean life and want to prevent the exploitation of their marine resources as a way of guaranteeing an abundance for future generations to enjoy. The best way to approach comprehensive solutions to conserve and protect our oceans is through a focus on inclusivity – not only of local communities, but the youth as well. The issues that exist within human development, such as poverty and unemployment, and the issues surrounding conservation are not mutually exclusive. A successful government approach to these issues needs to be inclusive of both worlds.

Thornton: Can you give some South African examples of well-managed MPAs and paper parks?

Mann: Well-managed MPAs include Stilbaai, De Hoop and Tsitsikamma. Established in 1964, Tsitsikamma is the oldest MPA in Africa and a treasure trove of marine life. As far as paper parks go, all the current offshore (deepsea) MPAs fall into this category as their management plans are still being completed.

Thornton: Besides MPAs, what else is being done to protect South African marine and coastal ecosystems?

Mann: MPAs serve as a baseline and allow for many environments to be protected simultaneously, sustaining various ecosystems and benefiting fisheries. Fisheries management is another important mechanism that is used to regulate and protect certain fish stocks within South African oceans.

Thornton: What is the projection for the expansion of MPAs in South Africa?

Mann: One of the targets of (the UN) Sustainable Development Goal 14 was to conserve at least 10% of coastal and marine areas by 2020. South Africa is working towards this goal carefully, taking into account priority areas for conservation and the needs of people.

Thornton: With limited resources available in South Africa, why is expansion being prioritised, rather than focusing on areas that need urgent protection?

Mann: Expansion is important in terms of ensuring that different biomes are protected, but I do feel that we should also put our resources into ensuring our current MPAs are effectively managed, guaranteeing that communities are involved, as well as focusing on wider stakeholders to optimise the benefits that MPAs can provide.

We also need to focus more on measuring the effectiveness of MPAs in a more comprehensive way and communicating more widely about MPAs, specifically about their role in conservation and human well-being.

Thornton: Ultimately, what should happen?

Mann: It’s clear that MPAs have an important role to play in protecting and ensuring the sustainability of our oceans. But we still have a long way to go in transforming them from “paper parks” into truly sustainable MPAs. The expansion of the country’s MPAs is something to celebrate, but the focus must remain on ensuring current MPAs are effective. To make this happen and to ensure the country’s most vulnerable marine life is protected, communities must be involved, adequate management ensured and proper funding provided.

In times of crisis, South Africans have been able to invoke change as a nation. Now we must invest in the natural capital and wild heritage within our waters, with MPAs providing the “bank accounts” that make this possible. DM

Skyla Thornton is a first-year BSc Earth Sciences student at Stellenbosch University. This story arises from Roving Reporters’ Ocean Watch writing project supported by Youth for MPAS (Y4MPAs) and the Earth Journalism Network (EJN). The opinions expressed in this article are not necessarily those of Y4MPAs or EJN. To submit a story idea for this Ocean Watch series, follow these guidelines and email your story pitch to [email protected]

Dr Judy Mann helps people care for the oceans. She has worked for the South African Association for Marine Biological Research (SAAMBR) in Durban since 1992. She was the association’s Director of Education for 10 years, the uShaka Sea World director and the first woman chief executive officer of SAAMBR.