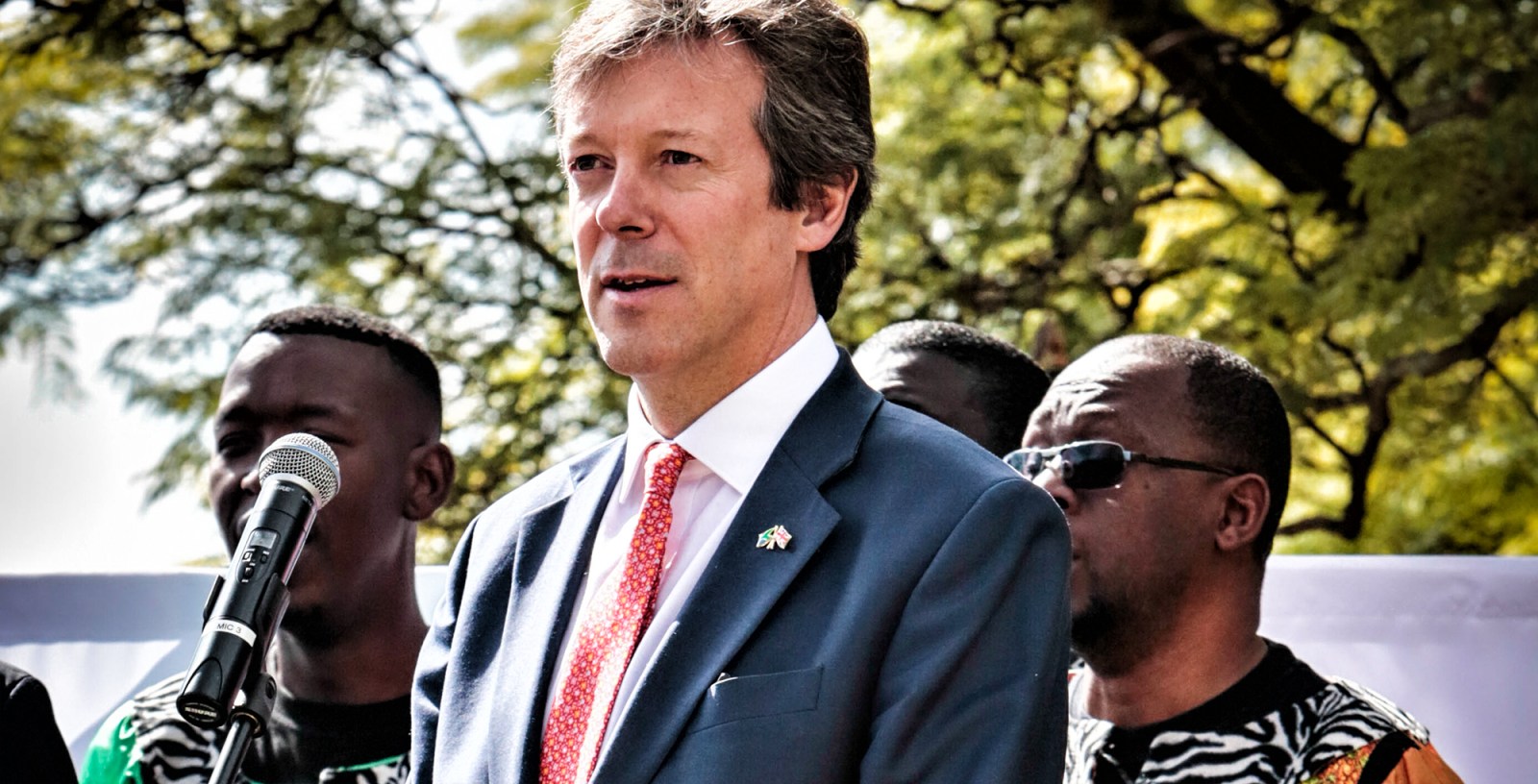 The British High Commissioner, Nigel Casey, hosted a celebration of The Queen's birthday on 26 June 2019 at his residence in Pretoria. Picture: Sebabatso Mosamo/Sunday Times

After facing challenges such as Covid-19 and Brexit during his time in SA, the British High Commissioner is back in Britain, where he is ready for a new role heading a directorate in the Foreign Office.

He spent much of his last year as a “travel agent and immigrant consultant”, arranging 19 flights to repatriate more than 5,000 Brits from the lockdown here.

And when he got home on Thursday, he had to go into 10 days of quarantine with his family in a hotel near the airport.

“Well, I’m happy to set an example,” he said gamely. “It’s quite a good reflection of the last year actually.” The Covid year was a reminder – “as if we needed one – of the depth and strength of the human relationships linking the two countries; of the huge numbers who move between our countries, for leisure, for work, to see their families”.

Casey won’t venture into domestic politics by saying whether he thinks he is leaving SA in better shape than he found it when he arrived in 2017. “But I do think I leave the UK-South Africa relationship in better health than I found it.”

He arrived in SA in time to witness the last days of the presidency of Zuma, who had complicated relations with Western countries and deterred investors because of corruption and an anti-Western posture.

“The experience of the last few years has been a real revival … of our top-level political relationship,” he said, starting with a “very good visit” by President Cyril Ramaphosa to London in 2018, for the Commonwealth summit, when he met Prime Minister Theresa May and had a “very warm meeting” with Queen Elizabeth.

And then May came to SA and Boris Johnson was sustaining the high level of relations.

He had invited Ramaphosa to visit Britain twice this year, to the summit of the G7 group of leading economies in Cornwall in June and to the COP26 UN global climate conference in Glasgow in November.

Casey said the recent announcement that Johnson & Johnson would be manufacturing vaccines in South Africa, not only for South Africans but for all Africans, was another example of Ramaphosa’s leadership.

Casey firmly rejects the charge of “vaccine nationalism” which some have levelled at rich countries. “We have invested an enormous amount of money and effort in helping to develop vaccines,” he insists.

Britain is donating R5-million to support SA’s pitch to companies to invest in its efforts to manufacture vaccines locally.

Casey said SA had the expertise and the natural resources to become a leader in developing hydrogen as an energy source, which would help it achieve net-zero emissions of greenhouse gases by replacing its large dependency on coal-fired power.

Casey noted SA and India had proposed a solution to that challenge – the waiver of the intellectual property rights of international vaccine manufacturers, under the World Trade Organisation’s Agreement on Trade-Related Aspects of Intellectual Property Rights, to allow others to make them.

The UK was looking at this, but it felt the real bottleneck in vaccine manufacturing could be overcome by voluntary licensing agreements such as the one Astra-Zeneca had signed or was still signing with 11 manufacturers around the world in exchange for receiving public funds.

Because SA did not qualify for the aid-funded Covax vaccines, Britain was helping to finance its vaccine roll-out with R86-million to date.

The other big challenge on Casey’s watch was Brexit, Britain’s exit from the European Union. One of the things he is proudest of is negotiating a bilateral economic partnership agreement (EPA) between the UK on the one side and SA and the rest of the Southern African Customs Union plus Mozambique on the other.

He also noted that despite the pandemic, SA wine sales to the UK had risen 28% in 2020 under the new trade deal.

“So we’ve achieved our objective that Brexit should not impact negatively on UK-SA trade,” Casey said. However, he cautioned that SA vehicle manufacturers needed to adapt to the UK’s recent decision to ban the sales of new petrol or diesel vehicles from 2030.

Casey said SA had the expertise and the natural resources to become a leader in developing hydrogen as an energy source, which would help it achieve net-zero emissions of greenhouse gases by replacing its large dependency on coal-fired power.

Two years ago, Casey and his German, American, Swiss and Dutch counterparts were carpeted by Pretoria when a confidential memo they had written to Ramaphosa warning that corruption could sabotage his investment drive was leaked to the press.

Casey says the newspaper reports misrepresented “our very quiet engagement with the president’s investment envoys about ways in which we could see our companies being encouraged to invest more”.

He won’t be drawn into Ramaphosa’s growing confrontation with Zuma and ANC Secretary-General Ace Magashule.

Nevertheless, he says, “We very strongly support the agenda the president has been pursuing, both in trying to turn the economy around and trying to attract foreign investment. And one of the key building blocks for that is … tackling the evidence of grand-scale corruption, which has emerged since 2017.”

Some of Casey’s Western counterparts despair at the corruption and incompetence of the South African state at home and its ideological identification with some dictatorships abroad. Casey remains sanguine on both fronts, noting that the alignment between SA and UK voting on the UN Security Council during SA’s last tour in 2019 and 2020 was greater than that between SA and its major BRICS allies, China and Russia.

Casey had hoped to leave SA only after the Lions rugby tour in August and September but has been called back to London to head a new directorate in the Foreign Office dealing with Iran, Pakistan and Afghanistan.

“Quite a challenging job,” he says, especially as Britain has merged its development department with its foreign service so he will be responsible for foreign relations and development. And the countries he will have under him are at a critical moment. In Afghanistan, the Biden administration has just picked up on the peace negotiations with the Taliban that Trump initiated. And in Iran the Biden administration is trying to revive the 2015 Joint Comprehensive Plan of Action, in which Iran agreed not to pursue development of nuclear weapons in exchange for the lifting of Western sanctions. The Trump administration pulled out of the deal.

Casey says his successor can’t be named, as the person has not formally been approved by Pretoria yet. He says the person is “very good”, especially as they have strong background in trade and industry, “the most important aspects of our relationship”. DM168