Jorge Piata: Treating the fish softly, like a baby 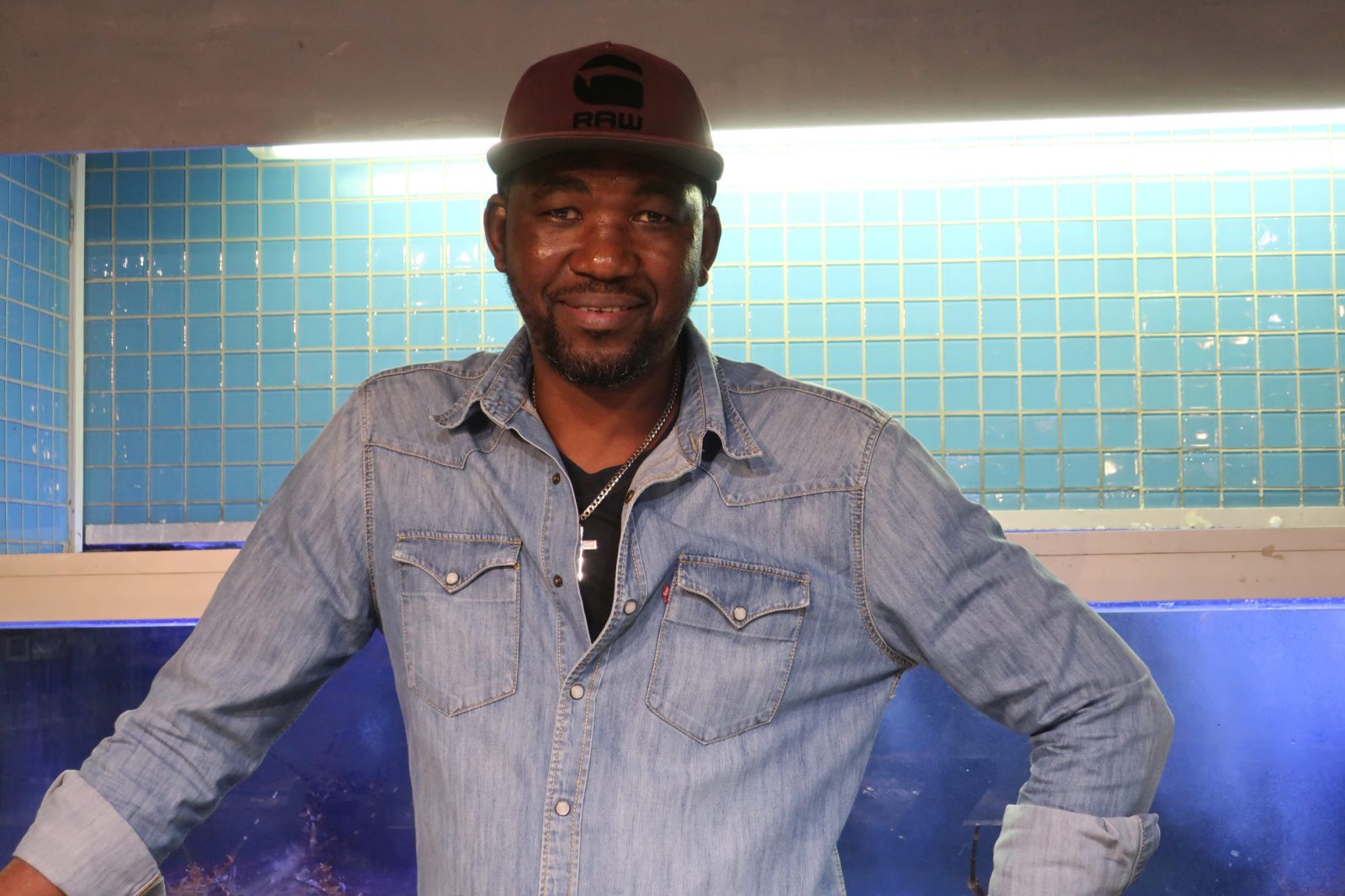 Fishmonger Jorge Piata keeps his customers satisfied by knowing his way around a fish, and a knife.

The writer supports The Hope Exchange who provide food and accommodation for the homeless in Cape Town. Please support them here.

Jorge Piata has looks. In his forties he has hundreds of girlfriends – and they are all over 60, some even over 80.

But Jorge doesn’t care about age, his desire is to sell them the best bit of fish available. Capetonians are used to fish and have felt the dearth of the old-fashioned fishmonger, hating the plastic wrapped offerings of supermarkets.

Some of them even remember when fish was delivered to your door, alive in a bucket. So these ancients – and I am one of them – totter in to consult Jorge on the best fish to buy.

“He is wonderful,” says Linda, “he knows fresh and boy can he fillet.”

Linda lives in Sea Point and after her weekly comb out it is a trip to Willoughby & Co in the Victoria & Alfred Waterfront and Jorge that sets her up.

“That’s what they do man, it’s just unbelievable,” says Jorge. “They drive for miles to buy one piece of fish. Some people won’t buy fish unless I am here.

“They ask, ‘What am I going to buy today Jorge? How should I cook it? Would the yellowtail be better today than the kabeljou?’”

Jorge treats them with charming respect and a big smile.

Over the last years fish filleting has become a slaughterhouse of blunt-knife thrusts. Until customer Linda found Jorge she says she often had to throw away fish because of the bones.

But for Jorge filleting is an art. He prides himself on removing not just some, but all the bones.

He arrived here from Angola in 1995 and got a job immediately at the Cape Town Fish Market.

“I was alone. I was here illegal. They say you must have work permit. I went to Barrack Street and I got permit that day.

“I knew nothing about fish but it was there in the fish market wearing the boots, mopping the floor, all the time I am learning the fish. How can I serve a customer until I understand the fish?

“The language is another problem, luckily there was a Portuguese owner and there were Angolan guys working.

“It was a big start. If I look back I have come a long way. I used to sleep on the floor of the company factory. Now I have my own flat in Sea Point. I have my TV and computer, it is my luxury place to be proud of.”

After the Cape Town Fish Market he joined Willoughbys. “This guy, the owner – Jens Tibshraeny – just him and me in the first days. I come in at 9. He has been working since 4. He taught me everything I know, man, I respect this guy.”

Now Jorge trains locals to fillet fish. “It’s hard, they need to be apprenticed for four months. I stand there beside the guy and I show him.

“Every fish is different; you have to look at them like you are a doctor. The first thing is a good knife and you must always cut down and away from the body and one of your hands must always be dry, the one with the knife.

“You hold the fish like this, gently, you pull around the skin, don’t move the knife too fast, don’t push the knife, you must play with the knife, treat the flesh softly, softly like a baby, you have to learn. It is an art to fillet a fish well.

“When you have filleted a fish and you feel proud of it, show the next guy, show it off, so everyone can see how it is done. Tell them, look at my fish fillet. Be proud. Fish filleting looks easy but you must know how to do it properly. You must understand the fish like it is your friend.

“I don’t want my customers to go home dissatisfied. I get phone calls saying, Jorge, I found a bone in my fish. That is why I just say, don’t cut fish for the customer, until you really know how to do it.”

Owner Jens Tibshraeny, a trained chef, says, “Jorge has worked for me for 19 years. I taught him how to fillet, now he teaches others and is the manager of the whole deli.

“He is a good man, I look after him and he looks after my business very, very well.” DM/TGIFood