Process and criteria: The issues on the radar of the Judicial Service Commission’s April sitting 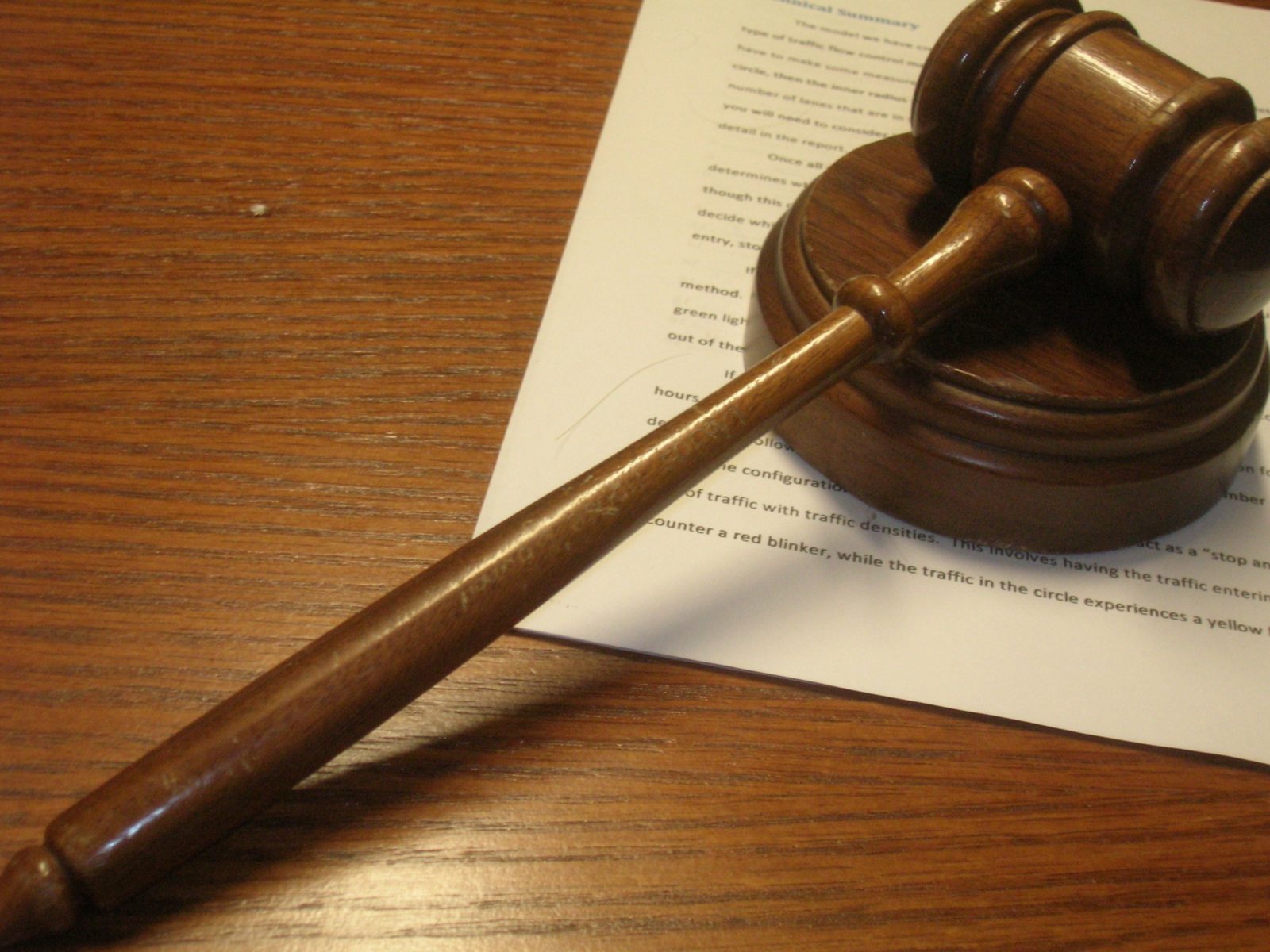 A lot of attention has been focused on the individual candidates who are to be interviewed, but less has been said about the issues of criteria and process. This article discusses both aspects.

The Judicial Service Commission (JSC) begins a marathon sitting on Monday. Eighty-eight candidates are scheduled to be interviewed over two weeks to fill 31 vacancies at judicial institutions such as the Constitutional Court, Supreme Court of Appeal, the labour court and all of the divisions of the high court.

This is obviously a very significant moment. Judges exercise significant power in our constitutional democracy, and the judiciary has been under intense political pressure recently. This makes it all the more important that the best possible candidates are appointed.

But what is a “best possible candidate”, and what process should be followed to identify them? A lot of attention has been focused on the individual candidates who are to be interviewed, but less has been said about the issues of criteria and process. This article discusses both aspects.

The Constitution requires that judges be “appropriately qualified” and “fit and proper”.  The following criteria are relevant to determining whether a candidate is fit and proper:

The Constitution also requires that the JSC take into account the need for the judiciary to reflect broadly the racial and gender composition of South Africa when it recommends appointments to the Bench. This transformation imperative should be interpreted more broadly than numbers and should also include an examination of issues such as the judicial philosophy and life experience of candidates, to ensure that those who are appointed as judges are committed to the social and economic transformation of South Africa.

It will be apparent that the criteria in the Constitution are quite broad and open-ended. It would therefore be desirable for the JSC to identify and articulate further criteria to supplement those found in the Constitution, and to elaborate on how the commission understands those criteria and the relationship between them. This is an important element of the transparency of the judicial appointment process, and it would also help in determining the scope of questioning that should be allowed to be asked during interviews.

As discussed above, the criteria set out in the Constitution are quite broad, and it would be valuable for the JSC to agree and publicise supplementary criteria to amplify those found in the Constitution (2). These criteria should allow for sufficient flexibility and could be revisited by the JSC from time to time. This exercise would be important for two reasons: first, it may assist commissioners in focusing their questions on the specific criteria that are being sought. Second, if these criteria are published, potential candidates have a clearer sense of what the JSC is looking for, and whether they fulfil those criteria.

This issue is closely linked to the question of timing. It is certainly true that the JSC must have flexibility and be able to respond to different issues that may be unique to certain candidates. But the effect should be that all candidates are subject to rigorous but fair scrutiny, to ensure that suitable appointments are made to the judiciary.

At the JSC’s last sitting, in October 2019, this issue was raised starkly. One candidate was interviewed for around three minutes – the shortest ever interview the author has observed in more than a decade of monitoring the JSC (3). Other interviews lasted for far longer. While acknowledging that the candidate in the three-minute interview had been interviewed by the JSC before, there is a real danger that such a perfunctory interview could create mistrust in the interview process and might lead to the very unfortunate perception of decisions being predetermined before the interviews even take place. There is value in using the interview process to test candidates rigorously and fairly against clear and transparent criteria. Even if a candidate has been interviewed before, they will not have been evaluated against the same group of fellow candidates.

The large number of interviews being held in the April 2021 sittings will no doubt be a test for commissioners, because of the sheer number of candidates they must consider. This makes it all the more important that the JSC conducts interviews that engage with candidates’ suitability for the position, in a focused and respectful manner. Interviews need not be very long, but they should avoid giving the impression that appointment decisions are a foregone conclusion.

Comments on the April 2021 sitting

The April 2021 sitting presents a unique set of circumstances, as it effectively combines two rounds of interviews – the postponed April 2020 interviews, and the separate vacancies advertised for the April 2021 sitting. This raises some important challenges for the process which the JSC will need to address.

A particular challenge relates to the Constitutional Court vacancies. One vacancy was advertised for the postponed April 2020, and a second vacancy was subsequently advertised for the April 2021 interviews. Section 174(4)(a) of the Constitution provides that the JSC must furnish the president with a list of nominees “with three names more than the number of appointments to be made”. It is not clear whether this means the JSC should submit one list of five candidates (being three more than the two vacancies), or two lists of four candidates each.

Confused? If so, it is understandable. This is an unprecedented situation, and the JSC will have to act very carefully to avoid any unfairness to candidates or other procedural irregularities. An initial view was that the text of the Constitution would lead to one shortlist of five candidates being submitted, since there are two vacancies to be filled, regardless of the fact that one of them is “rolled over” from April 2020. However, it has been pointed out that this might lead to a situation where the president selects two candidates who were on the second, April 2021 list only, which would lead to the appointment to the April 2020 vacancy of a candidate who had not in fact applied for that vacancy.

With hindsight, it might have been preferable for the JSC to have cancelled the advertisement of the April 2020 vacancy once that round of interviews was postponed, and re-advertised two vacancies from scratch. However, that was not done and the commission must now deal with the complicated situation that results. Will the JSC then after all send two lists of four to the president, ensuring there is no overlap? Or will it send one list of five, ensuring only one candidate who is only on the April 2021 list is included? All of these options seem to be imperfect, and it will be fascinating to see how the JSC deals with the issue. At the time of writing, the JSC had not indicated what approach it intends to take.

A second unusual situation is presented by the position of Deputy Judge President Aubrey Ledwaba on both the Constitutional Court and Supreme Court of Appeal (SCA) lists of candidates. The challenge this presents relates to the different ways in which judges are appointed to these two courts. While the president appoints Constitutional Court judges from the list prepared by the JSC, SCA judges are appointed on the advice of the JSC (in terms of section 174(6) of the Constitution), with no choice being made from a list of options. As there is usually an inevitable time lag on Constitutional Court appointments while the president’s decision is being made, it will presumably not be possible for the JSC to be aware of the outcome of that decision when the SCA appointments are considered.

It is therefore possible to imagine some anomalous situations arising in the case of DJP Ledwaba. He might be placed on the JSC’s list to be sent to the president, and on that basis not appointed to the SCA. However, if he were then not appointed by the president, it would seem perverse for him to have been denied a potential appointment to the SCA on that basis. On the other hand, if he were included on the Constitutional Court shortlist, and then recommended for appointment to the SCA, this would create a problematic situation of conflicting appointments. Again, it will be interesting and important to see how the JSC approaches this dilemma.

These considerations illustrate how questions of process and criteria, as much as the identities of individual candidates, are crucial to the judicial appointment process. Hopefully, the JSC will be able to steer clear of any minefields in the coming two weeks, and recommend a group of judges who can carry on the important work of the judiciary in the best traditions of our post-apartheid judiciary. DM

(1) An unofficial transcript of the interview may be read here: https://www.judgesmatter.co.za/wp-content/uploads/2020/02/SA-Electoral-Court-JSC-Interview-of-Ms-S-C-Lushaba-Judges-Matter-October-2019V2.pdf. The exchange highlighted is found at pages 10 and 11.

(2) This process has been done before. For the supplementary criteria published in 2010, see https://constitutionallyspeaking.co.za/criteria-used-by-jsc-when-considering-judicial-appointments/

Christopher Oxtoby is a senior researcher at the Democratic Governance and Rights Unit at the University of Cape Town.

Note – this article is an abridged and slightly edited version of the Democratic Governance and Rights Unit’s submission, available at http://www.dgru.uct.ac.za/

The Democratic Governance and Rights Unit has compiled a research report on the track records of the shortlisted candidates. Here is link to the full report: http://www.dgru.uct.ac.za/reports-candidates-jsc-hearings