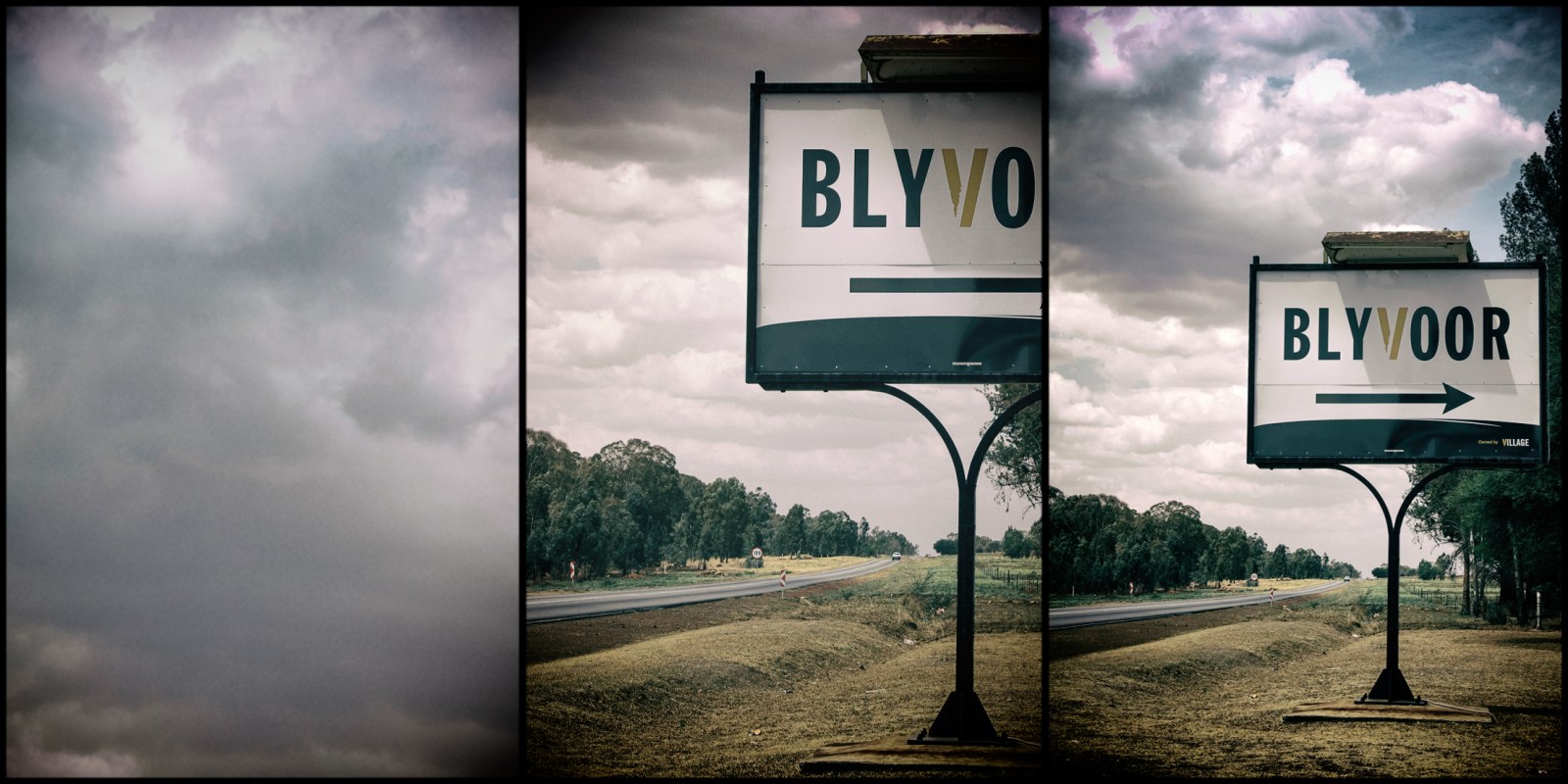 The fuse linked to the Blyvoor mine’s powder keg is getting shorter. The gold mine in western Gauteng remains shut amid a standoff between management and the National Union of Mineworkers, amid new but unverifiable reports of violence. Both sides have appealed to the government to intervene, but the state seems to be on mute.

On Thursday, Blyvoor management sources said the entrance to the mine remained blocked by 60 members of the National Union of Mineworkers (NUM) who were fired last week for taking part in a wildcat strike.

“Our workers are at their own homes today. They have not blocked the mine. They are waiting for the company to call them to work. Our members are not blocking the road… it might be other people,” Zimisele Ponti, NUM’s Carletonville regional chairperson, told Business Maverick.

However, the company did score a goal of its own, winning a high court injunction against NUM, restraining it from “blocking or in any way preventing access to the Blyvoor Gold Mine and/or Doornfontein Village”.

NUM is also, among other restrictions, restricted from disrupting the mine’s business, intimidating and threatening or assaulting the employees. The court order also directs the station commander of the Carletonville police to “give effect to the restraints” and to “disperse, remove, eject or arrest any person who acts in an unlawful manner”.

The company says all its employees have been asked to stay at home “to avoid a Marikana” situation. Blyvoor management also alleged on Thursday that protesters had broken their way “into the mine housing facility where people stay and threatened to burn the houses down”.

Both sides accuse the other of using violence and intimidation and of spreading outright lies. NUM says its members are being prevented from joining the union of their choice, while management says it has a closed shop arrangement with the Blyvoor Workers’ Union (BWU) that prevents it from granting NUM recognition.

The mine, which has been in the process of rebooting after it went into liquidation almost a decade ago, has now been shut for over two weeks amid rising tensions since the 2 March assassination of Wels Sempe. He was a Blyvoor gold director who also headed the BWU.

Blyvoor directors who have been commenting have asked that their names not be used because they say they fear for their safety.

Both management and NUM have appealed to the government to intervene.

NUM said in a statement on Wednesday that it “is appealing for the government’s immediate intervention around Blyvoor Gold Mine as labour and social unrest is erupting, likely to escalate into a serious bloodbath.

“Tension is building up between workers and the company’s management over workers’ right to freedom of association.”

NUM spokesperson Livhuwani Mammburu told Business Maverick on Thursday that: “We have nothing to hide, which is why we have asked for an intervention to make everything transparent. But we have had no response from the department of mineral resources and energy (DMRE) or the department of labour.”

Company officials say they have appealed to the DMRE and the SA Police Service (SAPS). They say the police are only “observing”.

After what happened at Marikana in 2012, it will be no bad thing if the police are not trigger-happy.

Both the SAPS and the DMRE acknowledged queries from Business Maverick on the matter, but have not responded in full. The department of labour has yet to respond to our queries.

Questions to the police included queries about progress in the investigation into Sempe’s murder.

Blyvoor is in the process of being rebuilt – with an injection of more than R1-billion in foreign investment – after a violent wildcat strike in 2012 forced its closure and subsequent liquidation. The asset was then stripped of much of its infrastructure by criminal elements in an area notorious for illegal miners known as Zama Zamas.

Regardless of who is to blame, a renewed mining project built on foreign capital is in danger of being derailed by labour ructions. This hardly bodes well for efforts to attract outside investment to South Africa’s mining sector.

Blyvoor’s woes reflect wider social and labour challenges in South Africa, a country that remains scarred by rampant poverty and unemployment – and in many cases community perceptions of being thrown on the slag heap by the mining sector.

Meanwhile, Bloomberg reported this week that Rio Tinto’s new $463-million titanium mining project near Richards Bay will remain suspended until the security issues, notably community protests that brought it to a screeching halt two years ago, are resolved. BM/DM