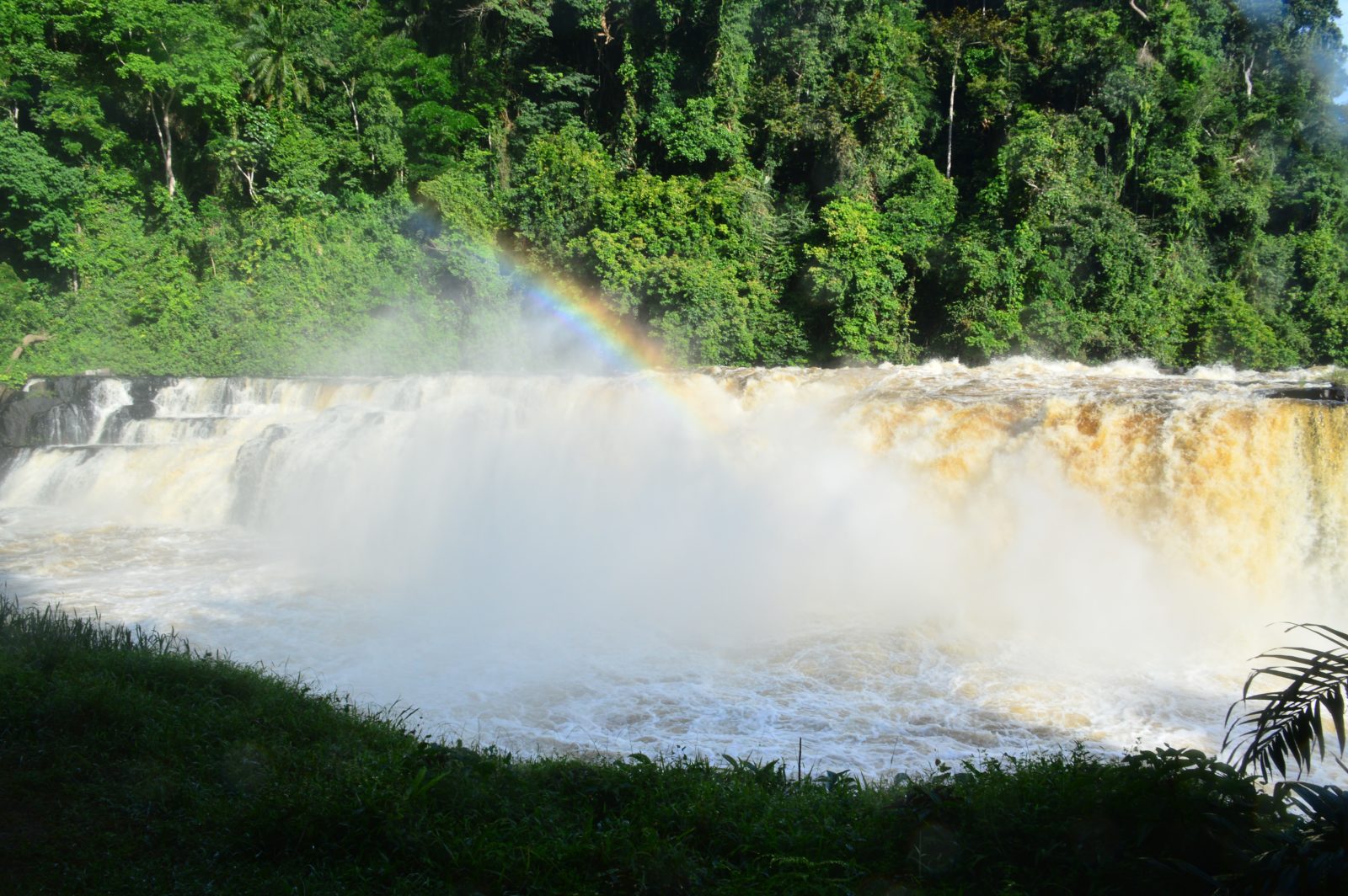 In 1853, while David Livingstone tarried at Linyanti on the Chobe River, a messenger arrived saying there was a white man downriver who wanted to greet him.

Livingstone was stunned, but wishing no competition from other European explorers, he refused to meet him and never mentioned the incident in his diaries. The Scottish missionary would have profited greatly from talking to László Magyar, in many ways a greater explorer than himself. The illegitimate son of a Hungarian noble and peasant girl, László had crisscrossed the world from Havana to Sumatra and knew far more of Africa than the missionary could have imagined. This is the story of his perilous trip up the Congo River in 1848, the first person to document the depredations of slavery on the African interior.

On 12 May 1848, László Magyar sailed round Ponta de Padrão into the mouth of the Congo River. “A magnificent panorama appeared before my eyes,” he would write. “The mighty river showed itself in all its beauty. The yellow water pours with immense speed into the sea. Both its shores are covered by tall, thick woods. The river’s speed is seldom less than six or seven nautical miles an hour.”

So began the journey of the first white man to document the impact of slave raids beyond Central Africa’s wild coastline.

His road to the interior, the Congo River, is immense, carrying more than three million cubic metres of water into the Atlantic every second. The canyon it carves as it empties into sea is the deepest river-cut in the world.

The next day, with a good wind, Magyar headed inland. “The deathly quiet was only disturbed by the screeches of birds and monkeys. This majestic wild scene caused feelings of sombre sadness. There were no human beings. I remembered longingly the pleasant Hungarian countryside with its well-cultivated fields.”

Suddenly a fleet of canoes appeared bearing men with shaved heads clutching assagais and long-barrelled rifles. Instead of trouble, they offered baskets of manioc flour and bananas and asked for cotton and beads.

Later in the day he sailed past attractive bamboo houses and fields of maize, tobacco and manioc. The people spoke Spanish and Portuguese, traded in slaves and demanded to know what he was doing there. Was he an English spy planning an anti-slaving raid upriver? He talked his way out of it.

Magyar described the climate as deadly. “The damp, muddy ground is covered with dense vegetation baked by the boiling-hot sun of the equator. Its miasma endangers human life.”

At some point­ – about 112km from the river mouth – he met white slavers who disgusted him. “They only stick (the climate) because of their greedy determination to make gigantic profits. And their way of life, which consists of eating, drinking heavily and committing sexual excesses, is killing them off rapidly.”

He noticed goods from Brazil and the Antillas for trading with local slave catchers who, he said, brought down about 20,000 slaves a year.

What served Magyar as he moved eastwards was his extraordinary ability with language. Besides Hungarian, French and Italian, he had learnt several local languages including five dialects of the Abunda linguistic family.

All the while Magyar sketched what he saw and made notes. At one point he fell ill (probably malaria) and was cared for by a chief who cured him with an unidentified medicine. He found the people beautiful, the men aristocratic, the women dressed in bright cotton and adorned with glass beads and copper bangles bought from slavers.

The chief regretted his departure but, as a recovered Magyar wryly observed, “not so much about losing me but my brandy, which he often praised with a deep sigh”.

On June 6 he reached Boma, a major slave-trading junction, and was horrified by what he saw.

“Every day slaves of both sexes arrive, mostly in boats from inland, accompanied by armed men. They bear round their necks heavy iron rings which have two loops through which an iron chain is drawn. They are manacled in such a way as to leave the space for one long step between every two slaves.

“They frequently have to walk 120 days, completely naked, tortured by hunger and thirst, until they reach a slave market. Innumerable slaves die.”

Youngsters who followed their mothers were ripped from their parents and sold. If there were no buyers they were chased back into the forest.

The drivers, Magyar found, represented chiefs deeper in the forest “who capture people of their own blood in order to sell them for profit”. Attending an auction, he noted the asking price of a strong slave: cotton, gunpowder, brandy, bone-handled knives and copper bangles.

Magyar could get no further by boat than the cataracts west of today’s Kinshasa. His description was lyrical: “The air was vibrating with the thundering weight of the water which at the base of the fall dissolves into spray, which rose towards heaven, in which the sun transcribed rainbows.”

Magyar may have proceeded further upriver, but we cannot be sure. The last volumes of his works did not arrive in Europe and all we have are fragments of letters about his Congo journey.

On his return to Angola (where he married a local princess – but that’s another story) he dispatched a case full of documents to Hungary. The second and third volumes of his book plus maps of his river trip may have been in it. Unfortunately, the case as well as other belongings of his were lost in a warehouse fire in 1866. His first volume was published in Hungarian with limited distribution. He remained in Angola with his wife and her family. As a result, one of Africa’s bravest and most empathetic adventurers faded from popular history. DM/ML