Cape Town Opera returns to live performance with an edg... 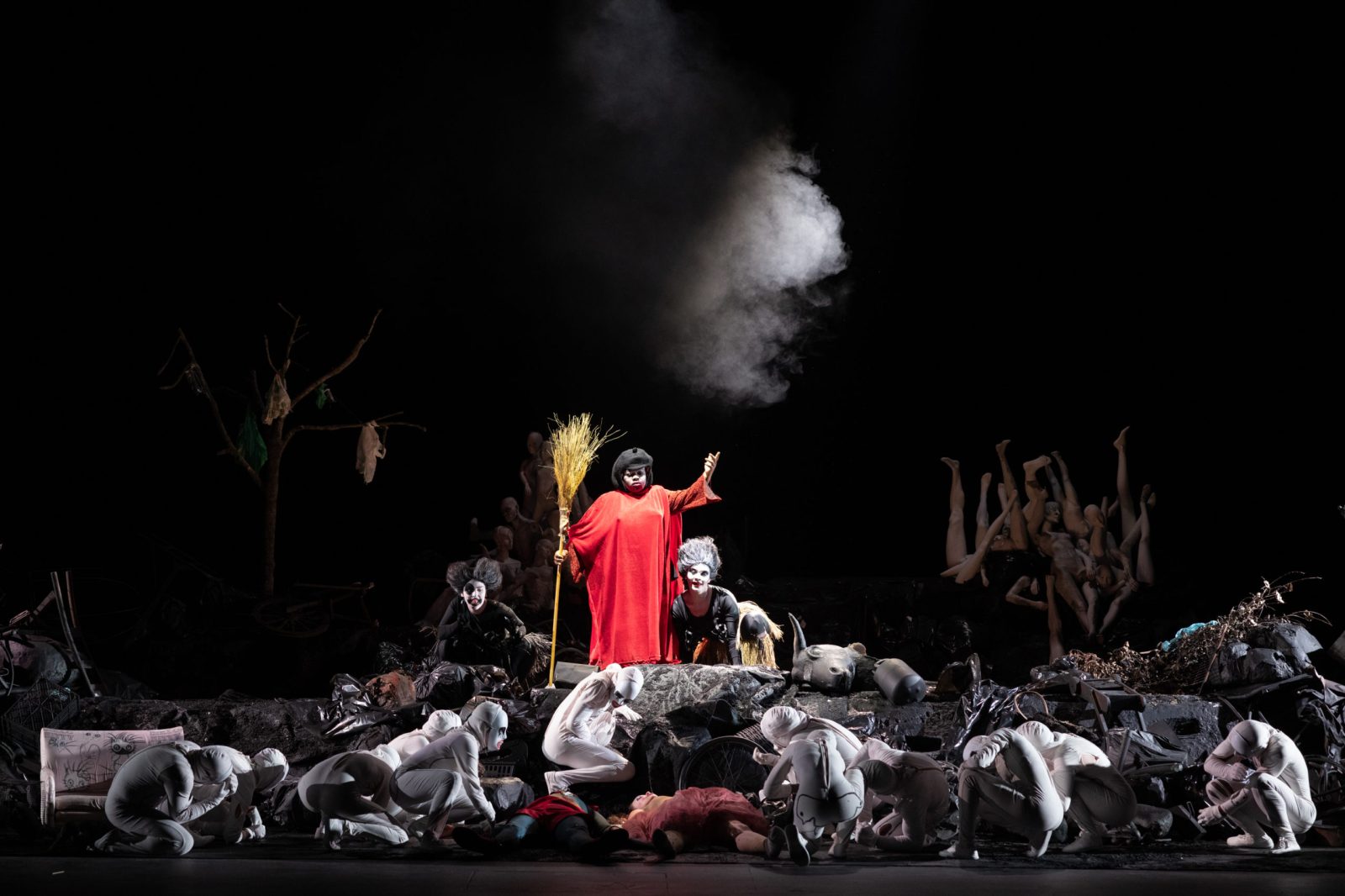 The daring themes might not be completely realised, but the company’s return to the stage on 3 April with Engelbert Humperdinck’s opera, which first premiered in 1893, is an exciting glimpse of what is to come.

Featuring a tight cast, Hansel und Gretel is a gripping but still-mostly-polite telling of the classic German fairy tale. Signalling the first of Cape Town Opera’s new series of collaborations with South African visual artists, Roger Ballen enters the production to design a haunting set which teases out some of the darker psychological underpinnings of the Brothers Grimm story.

The story revolves around the relationship between the two siblings, locked down together and pushed closer together by boredom and desperation in ways that play at being slightly more than familial. The performance kicks off in the interior of their cottage: a run-down, paint-peeling box-set somewhere between a bleak interwar apartment and the complex for Asylum of the Birds. The children are tasked with the family work – sewing stockings and stitching brooms – but soon lose interest and distract themselves with game-playing in their tit-for-tat, teasing relationship. Introduced early in the play is the kind of perversity that often surfaces unexpectedly in these classic stories. Brittany Smith’s Gretel, the elder of the two, is especially suggestive, revealing herself in flashes to Hansel (Janelle Visagie), and occasionally placing an intimate hand, while delighting in his embarrassment.

Ballen’s designs, however, are much less concerned with shame in their explicit sexuality. In some projected animations, skeletons and other macabre creatures of the night are seen prancing with a day-of-the-dead levity over all erect penises, probing fingers and pouting lips. An (almost) unending gif loop poking fun at some of our most desperate desires.

The tone turns more serious as the children, sent out alone in search of strawberries, come across the most masterful of the stagings. A large rubbish dump impresses itself in its twisted complexity and beauty, signalling that this production has not held too closely to the original context of the libretto.

It is a nice touch, appropriate in opening a new angle to the story. Unfortunately it feels at times that the weight of the performances falls short of realising these unique approaches to the narrative. With the Cape Town Philharmonic’s full orchestra in the pit, the opera (particularly in the lighter, sing-song storytelling which describes most of the narrative style) requires powerful voices to command the deeper undercurrents of the story. There are glimpses of such command in Smith’s Gretel, and Martin Mkhize’s performance as the father, but there are also moments where the audience strains to feel the impact of the words and the singing. Perhaps constrained by the script, the themes of illicit sexuality, pleasure and abandonment arrive and depart unevenly and, to my mind, are never completely realised.

With powers “from the devil”, the stage is set for something slightly sadistic and uncomfortable. (Around this time an elderly couple left the auditorium, though perhaps unrelated.) Nevertheless, the climax of the piece arrives quickly and without too much fuss, diffusing some of the anticipated intensity.

It is exciting to see the Cape Town Opera return to the stage and continue to mark itself as Africa’s foremost opera company, a position it has put consistent effort into maintaining and foregrounding. However, I wonder if there may have been a more resonant opera to choose for this occasion of the company’s return to stage.

The score of Hansel und Gretel, despite strong moments of performance and production, doesn’t allow for too much variance from the original fairy tale. The addition of certain stage props and settings heightens the emotional register of the opera, but its impact remains similar to when we may have first encountered the story in childhood.

The first staged piece in what is an exciting upcoming season, Hansel und Gretel is a glimpse of what is to come from an opera company in tight control of a strong signature and vision. Cape Town Opera continues to push the boundaries of what is expected from a mixture of African and European opera, and this performance remains a triumphant marker for how the company is willing to experiment and innovate at this time. DM/ML