Voltaire and the art of enlightened gardening

Voltaire and the art of enlightened gardening 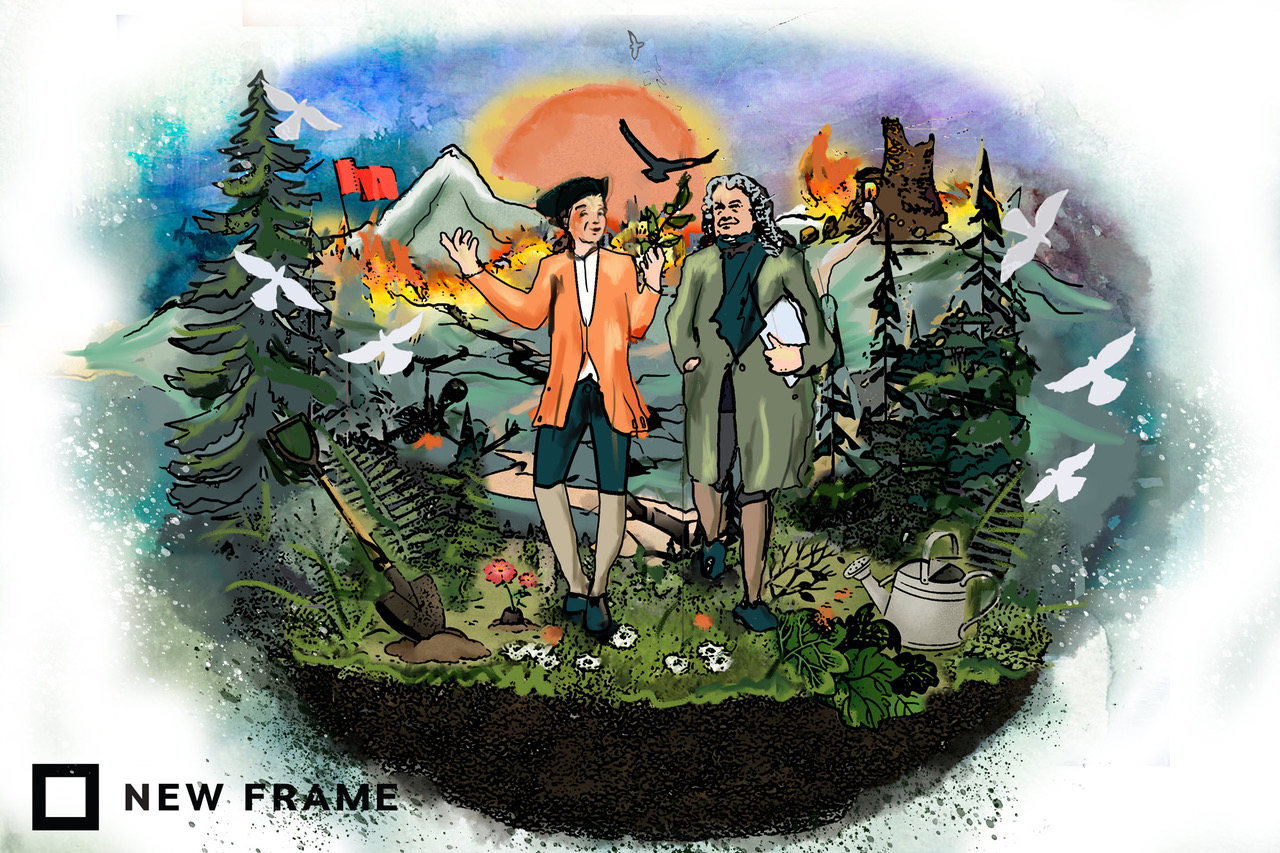 The ‘muddle and miseries’ of life reign in the writings of the great French philosopher, for which he was admired and persecuted.

It was a text message conventionally delivered but brimming with meaning. An old friend, describing the necessary task of pruning a 2m-tall weeping fig that had outgrown its space in her flat, ended with “il faut cultiver notre jardin” – literally, “We must cultivate our garden”, figuratively, “We must attend to our own affairs”.

Those five words in French conclude Candide, the most famous philosophical tale by Voltaire, one of France’s – and the world’s – greatest writers and philosophers. Born into an affluent Parisian family in 1694, François-Marie Arouet disdained following his father and elder brother into the law. His education at the city’s leading Jesuit college had prepared him for a life of iconoclasm and non-conformity, instilling a love of literature and the theatre while provoking through its religious instruction the scepticism that was to characterise so much of what he thought and wrote.

At only 24, he recorded his opening theatrical triumph with Oedipe, the first of 27 tragedies that won him acclaim. To mark the significance of the moment – the critics had proclaimed him the successor to the great dramatist Jean Racine – he assumed the name Voltaire (a rough anagram of Arouet). It was to become a byword for resistance to bigotry and oppression, and the single name that most embodied the Enlightenment. And yet, Voltaire invested in the French East India Company, which other than importing raw products from the so-called New World, ran a slavery operation from which, as a shareholder, Voltaire profited. The Enlightenment was for some, but not all.

Protean in his literary skills, Voltaire wrote plays, satires, novels, poetry, polemics, essays, critiques and thousands of letters. His philosophical wit and mockery of the establishments of his day, the civil and ecclesiastical, won him admiration, fame, prestige – and persecution. He spent almost a year in the Bastille in 1717 for lampooning the regent and just under a decade later set out for what was to be a short exile in England.

Learning English in under two years, he became fluent in the spoken and written word. Significantly, he met writers such as Alexander Pope and Jonathan Swift, and the philosopher George Berkeley. One can see how much he took from Swift in the way of withering satire and there is no doubt that Pope’s elegant epigrams appealed to Voltaire, himself celebrated for aphorisms and adages of concentrated brilliance.

It is to Pope, in his Essay on Criticism (1711), that the world owes the line “A little learning is a dangerous thing” and it is the equally perilous excesses of the opposite – too much book learning – that is one of the sparkling facets of Candide, published in 1759. In it, Voltaire took issue with much of the philosophy of Leibniz, skewering the doctrine of Optimism and satirising systems of belief and thought.

Here it is well to remember that it was Voltaire who wrote, “If God did not exist, it would be necessary to invent him.” This sprang from his Deism, accepting the existence of God not through revelation but as a hypothesis required by reason. And, of course, reason was the single greatest ingredient of the Enlightenment, often also called the Age of Reason.

Philosophical tale or fable, Candide follows the misadventures of its young and naïve protagonist Candide as he is misguided and mis-taught by his tutor Dr Pangloss (“all gloss” and “gloss all” gives a sense of his failings). Thrown out into the world for falling in love with the daughter of the baron in whose castle he has been raised, Candide learns harsh lessons about real life and the shallowness and duplicity of Pangloss.

Pangloss is one of the great satirical creations in world literature. Anyone with a grudge against those whom we now pejoratively call eggheads or pointy heads will find much satisfaction here. “Maitre Pangloss, the greatest philosopher in the province and therefore in the whole world” is given to utterances such as “All is for the best in the best of possible worlds”.

Voltaire introduces him as “Pangloss, the tutor, was the oracle of the household, and little Candide would listen to his lessons with all the good faith of his age and character.” He goes on: “Pangloss taught metaphysico-theologico-cosmo-codology. He could prove wonderfully that there is no effect without a cause and that, in this best of all possible worlds, His Lordship the Baron’s castle was the most beautiful of castles and Madam the best of all possible baronesses.”

The key to this is incisively put by Roger Pearson, then professor of French in the University of Oxford. “Deeply suspicious of metaphysics and ‘systems’, he [Voltaire] was constantly appealing to the facts: fiction, paradoxically, allowed him to show the ways in which the muddle and miseries of life could not be reduced to neat, abstract theories.” (From his Introduction to Candide and Other Stories, Oxford University Press, 2006)

Candide and Pangloss go their way on an adventure comparable only perhaps to the picaresque odyssey of Don Quixote and Sancho Panza. At the end of much reversal and trauma for them but hilarity, wit, mirth and instruction for the reader, Candide, Pangloss and their motley crew of fellow travellers settle down on an estate. It is here that Candide utters those deathless words: “That is well said,” replied Candide, “but we must cultivate our garden.” DM/ ML