Sucking the marrow from the bones: Criminals return to...

Sucking the marrow from the bones: Criminals return to finish off Gauteng railway stations 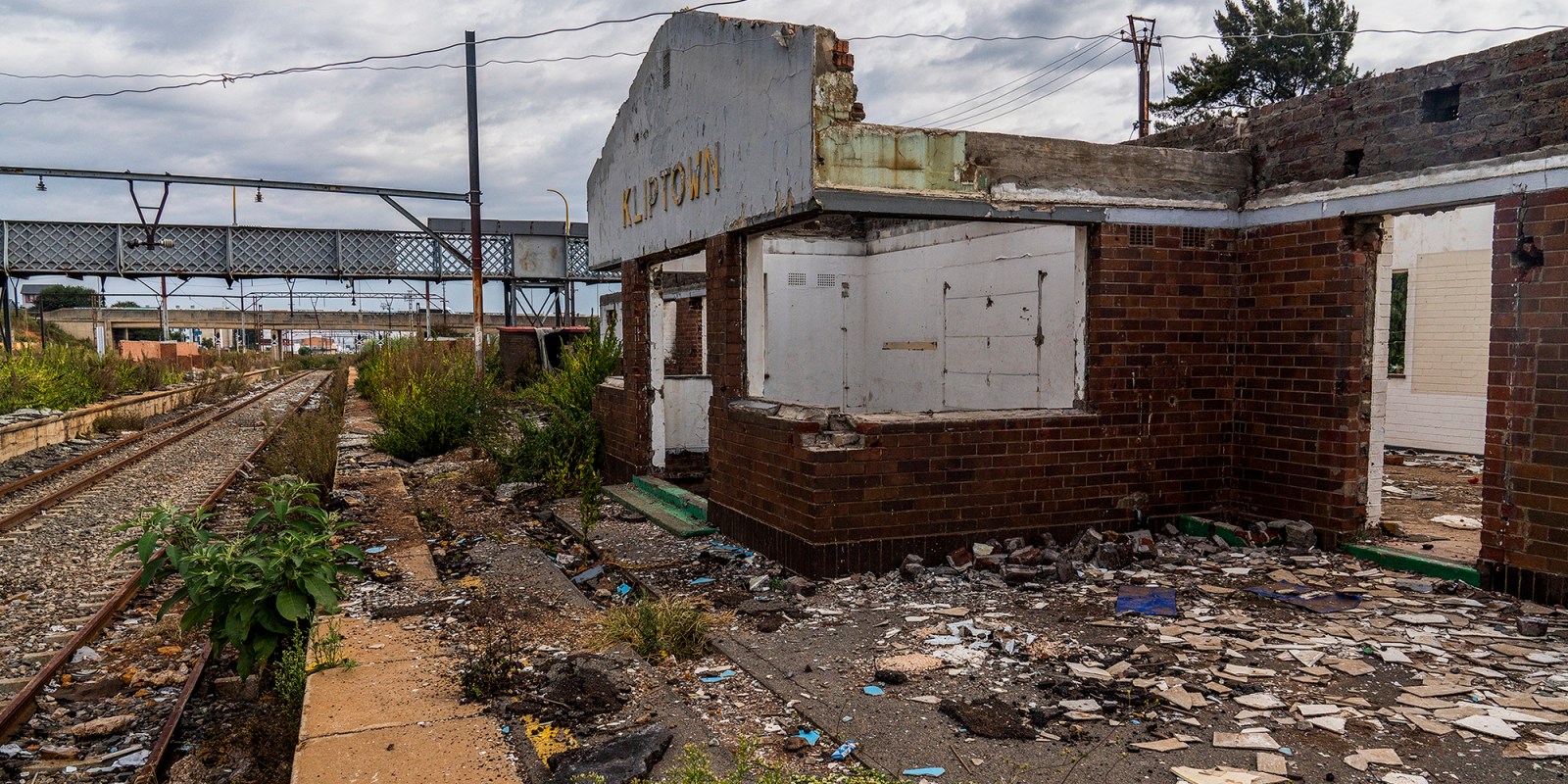 A bare shell is all that remains of the stripped Kliptown train station in Gauteng. (Photo / Shiraaz Mohamed)

The little that remained of the Passenger Rail Agency of South Africa’s (Prasa’s) infrastructure in many train stations in Gauteng is rapidly vanishing.

After looting just about all the infrastructure, thieves are now stealing the overhead bridge steel rails and bricks.

But it’s not just everyday criminals who are helping themselves to the remains.

“If we don’t take the bricks, others will,” said one woman.

Criminals who have turned their focus to the overhead walkways have found innovative ways to remove the steel rails. This compromises the structural integrity of the walkways and poses a danger to locals, especially children who still use them to get to the other side of the tracks.

The Kliptown station is deteriorating rapidly and is much overgrown. It has become an eyesore to many train commuters in the area.

“You want to tell me they will fix this… where will they begin?” asked Bafana Sithole, a Kliptown resident.

Criminals have taken advantage of the lax security measures in many of the stations.

The Katlehong station has also deteriorated since Daily Maverick visited it last year. More buildings have been gutted, and bricks stolen. Much of what remained has been stolen, especially pipes in what used to be bathrooms. Basins have been removed.

The Jeppe station has turned into a toilet and criminal hideout. A strong smell of faeces and urine emanates from the corridors down the stairs. Garbage is strewn everywhere. Addicts and criminals use the station to further their interests. The place is hostile and dark even during daytime.

Only one of the eight train stations revisited by Daily Maverick had security personnel on site: there were two security guards at Midway station, keeping an eye on a train that has been parked at the station for months.

“We did not have sufficient security, and our rail police who supplemented our rail security were requested to assist in Covid-19 operations.”

This is despite Prasa officials informing a National Council of Provinces (NCOP) delegation that it had achieved 64% deployment of the about 3,100 newly hired security guards in Gauteng, while 13% had been deployed in KwaZulu-Natal.

The NCOP delegation undertook an oversight visit to some stations on 30 October last year. This followed astonishing reports, including this one, of large-scale looting of Prasa infrastructure.

What this means is that it could be a long time before most train services resume in Gauteng. In the meantime, train commuters have to seek much more expensive modes of transport.

During the oversight visit, Prasa officials told the NCOP delegation, led by Amos Masondo, that 465 cases of Prasa infrastructure vandalism and theft were recorded with the SA Police Service in November 2019, 406 in December 2019, and 375 in January 2020.

The rail agency said it would call for the deregistration and closure of scrap metal dealers found in possession of Prasa property and also for their operating licences to be revoked.

At the time of the oversight visit, Malefane said Prasa’s Gauteng unit ran only three train sets. It’s not clear how many train sets Prasa now runs in the province. At Kliptown station, today not a single overhead train cable remains.

Daily Maverick returned to Malefane about some of the undertakings rail agency officials had made to the parliamentary delegation about the resumption of train operations.

Malefane said he was not authorised to respond to media inquiries. “Otherwise, our corporate governance does not allow anyone to respond on media platforms.”

Poor rolling stock, ageing infrastructure, weak internal controls, rampant crime and overcrowded trains are some of the ills that plague the rail agency. And they are likely to continue until decisive action is taken. DM