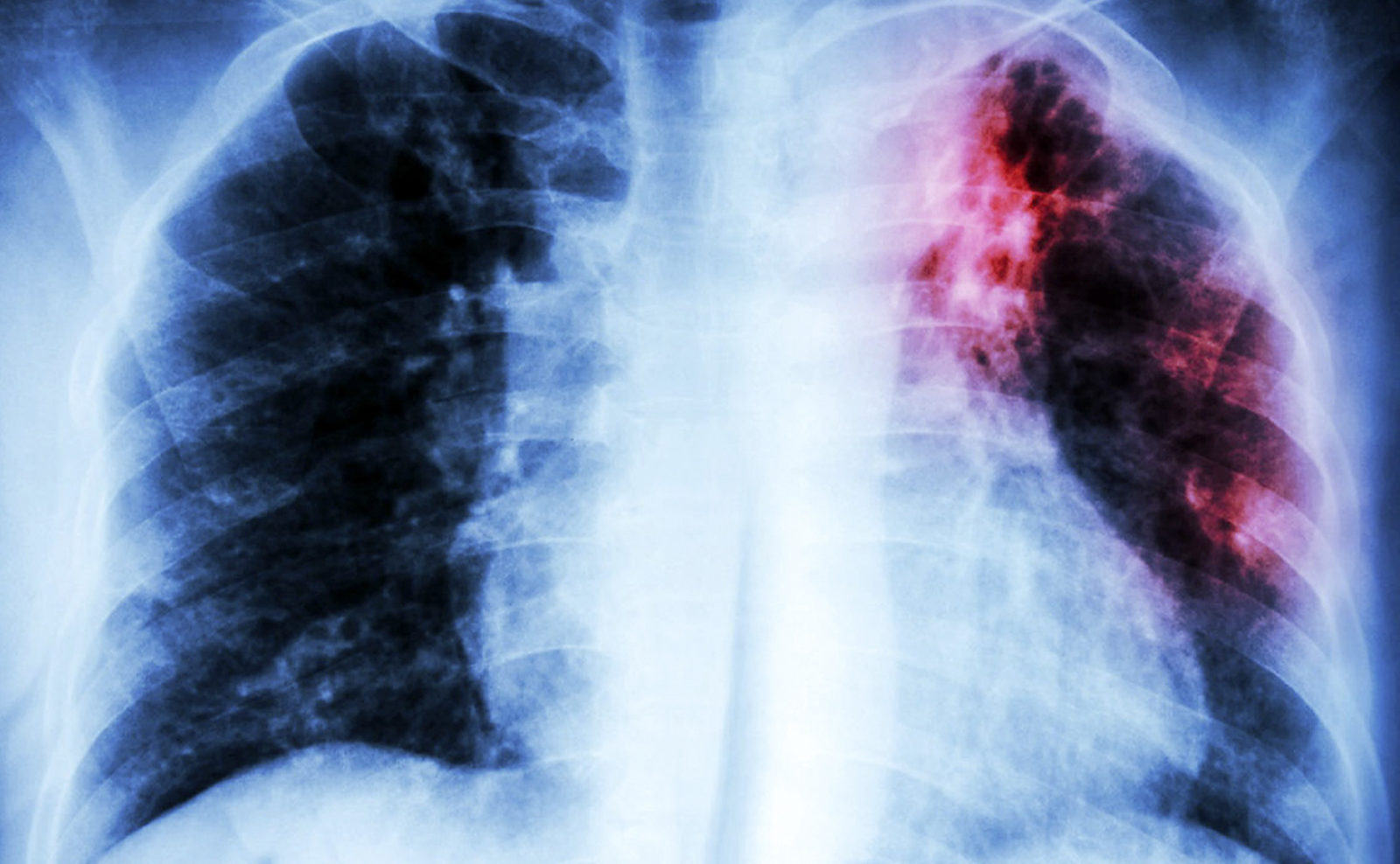 the national mobile X-ray project aims to find those people who do not present at health facilities and who may have TB but are asymptomatic. (Photo: the.scientist.com / Wikipedia)

One of the most striking findings of South Africa’s first National Tuberculosis (TB) Prevalence Survey was that of 234 people found to have TB, around 58% had abnormal chest X-rays without experiencing any TB symptoms.

The survey findings also confirmed what many experts suspected – that tens of thousands of people with TB in South Africa are simply never diagnosed. Based on the survey it was estimated that 390,000 people fell ill with TB in the country in 2018 – of which around 154,000 never received a diagnosis.

As we recently reported in Spotlight, one solution to this under-diagnosis problem is simply to test more people who are at high risk of falling ill with TB (for example people living with HIV or people who live in the same house as someone with TB rather than only testing those who report having TB symptoms. Such a “targeted universal testing” approach was found to improve TB detection by around 17% in one study. Testing in this context typically refers to testing sputum samples with Gene Xpert, a type of molecular test.

But, as suggested by the survey findings quoted above, there might also be an important role for X-ray screening to help spot more TB cases more quickly. This would fit with international trends. A mere two months before the release of the survey findings, the World Health Organization recommended the use of X-ray technology for TB detection but as we reported at the time, some regulatory issues might delay uptake in South Africa.

One of the key recommendations from the National TB Prevalence Survey is to increase “access to TB screening and testing services through outreach programmes using mobile testing and X-ray facilities”. In line with this, a pilot study was launched in six districts looking at the feasibility of using mobile and portable X-ray technologies. The project is implemented by Isibani Development Partners (an NGO) and funded by the Global Fund to Fight AIDS, Tuberculosis, and Malaria.

Implementation started in November 2020 (at which time the Department of Health already had access to the prevalence survey findings for around a year).

In short, the national mobile X-ray project aims to find those people who do not present at health facilities and who may have TB but are asymptomatic.

Professor Martie van der Walt, director of the Tuberculosis Platform at the South African Medical Research Council, says the mobile X-ray equipment can be fitted in mobile vans or trucks and have the same performance as floor-mounted models. She says the X-ray needs to be read by a trained medical officer, and a mobile unit requires a mobile truck, a driver, and a radiographer, so certain levels of resources are required.

“But it is not more expensive than a floor-fixed model. For the latter, a radiographer and a trained medical officer are also needed,” she says.

Among the biggest advantages of the mobile X-ray units, is that more people can be screened and diagnosed because they can be moved to where the services are most needed, such as workplaces or for community outreach activities or campaigns.

“During such a community outreach activity those with current symptoms of TB but who were still planning to seek care, those with asymptomatic TB and those that had not known about TB signs and symptoms will all be diagnosed,” says van der Walt. “Mobile trucks bring one of the most sensitive methods to diagnose TB right to the communities where people live, and it gives an immediate result. The image of TB on a chest X-ray is very typical and gives an immediate result,” she explains.

“The speed of undergoing a CXR (chest X-ray) and the immediacy of the result makes CXR a method that can be used to screen large numbers of people in a short time, and those with presumptive TB symptoms can then be issued with a referral letter. CXR screening can be done without prior knowledge of signs and symptoms.”

Mobile X-ray use in provinces

“The project cycle ends in 2022, [when] the evaluation of the project will take place. Depending on the project results,” she says, “the national and provincial departments will make recommendations to sustain the initiative. The department will put the submission together to request budget to fund this intervention strategy by increasing the number of [these] mobile X-rays.”

Kekana says specific staff is allocated to the project including nurses, radiographers, medical doctors (to interpret the X-ray reports), and data capturers.

In the Western Cape, TB HIV Care (an NGO) is implementing the National Mobile X-ray project. Alison Best, TB HIV Care communications manager says “we need to be using mobile X-rays in a very strategic and data-driven way – looking for areas where TB prevalence is high and targeting those areas with screening efforts.

“One of the ways digital chest X-rays will be most important is in deciding who requires a TB test. Now, one of the key ways people are identified for testing for TB is through symptom screening, but as the recent TB Prevalence Survey indicated, people can have TB and not have symptoms. That means we are missing many TB diagnoses. The digital chest X-rays can therefore improve our ability to identify who requires a TB test,” she says.

KwaZulu-Natal MEC for Health Nomagugu Simelane-Zulu during a recent World TB Day commemoration event in KwaDukuza unveiled a new mobile X-ray clinic and said that it will “produce TB results in a record time of 15 minutes”. At present, the mobile X-ray service is only available in areas such as eThekwini and Ilembe.

Van der Walt says that while the image of TB on a chest X-ray is very typical of TB, the disadvantage is that the image does not show if it is a current/active disease or scars from an old/already cured disease.

“Therefore, a diagnosis by chest X-ray does not mean a person should be treated and seen as infectious. When a diagnosis by chest X-ray is made, the person will still have to undergo other investigations (typically Gene Xpert or culture testing) to determine if it is active disease. The investigations are to look for TB organisms in sputum. If found in sputum it is an indication of current disease,” she says. “In a high prevalence country, there are many people who had TB long ago and therefore when screening a population at community level a lot of old or healed TB is seen on chest X-rays.”

There are other concerns.

Best says X-ray technology is difficult to transport and relatively expensive. “These can be limiting factors in terms of the large-scale roll-out of the technology. In addition, if stigma around TB is rife, people are unwilling to screen and this can result in a limited uptake of the service,” she says.

“The cost of the chest X-rays is almost negligible as they take digital images, however, funding is needed for more trucks and radiographers,” says van der Walt. “The medical doctors do not have to be on-site as the digital chest X-ray image can be uploaded to where the reader is, as long as there is an internet connection. Reading of a chest X-ray takes only a couple of minutes and the result can almost immediately be sent back to the truck,” she says.

“The limitation of X-rays is that it cannot diagnose other types of TB like TB of bones, spine, TB meningitis among others,” says Kekana. She also notes other challenges including budget availability to buy the X-ray machines and other equipment and material resources, the sustainability and maintenance of the machine and employing the necessary staff, especially the radiographers, and providing the required skills and training to all relevant personnel for the service.

One area of promise already endorsed by the WHO is the use of machine learning computer programmes to aid with TB detection. Kekana says research has shown that the use of digital chest X-ray screening with Computer-Aided Detection (CAD), regardless of symptoms, increased TB detection by more than 12 times compared to symptom screening. It is not clear to what extent such CAD solutions are being tested in the pilot projects.

A game-changer in the rural areas

Kekana points out that the mobile X-ray units will help in rural communities where access to healthcare facilities is a challenge. “In most cases, clients only consider attending health services when they feel that they are sick. Now, the mobile X-ray will detect the abnormality and clients will be referred to the nearest health facility for further investigation, early TB case detection, and linkage to TB treatment,” Kekana says.

“In more rural areas where there are facilities with chest X-rays, the equipment is often not in use as there are no radiographers to operate the machine and no medical doctors trained in reading the images,” says van Der Walt. “In rural areas, the chest X-ray services are only at regional or even at central provincial hospitals which often contribute to the inaccessibility of chest X-ray diagnoses to people in rural areas.”

Best, in turn, believes if this technology can be combined with up-to-date data from facilities so that it is deployed where it will be most useful, it could be very powerful in finding more people with TB. “We will still rely on the willingness of people to come forward to be screened for TB so it is important that we jointly address problems of stigma,” she says. DM/MC