Municipalities are creating arbitrary, unconstitutional requirements for ‘permission’ to protest 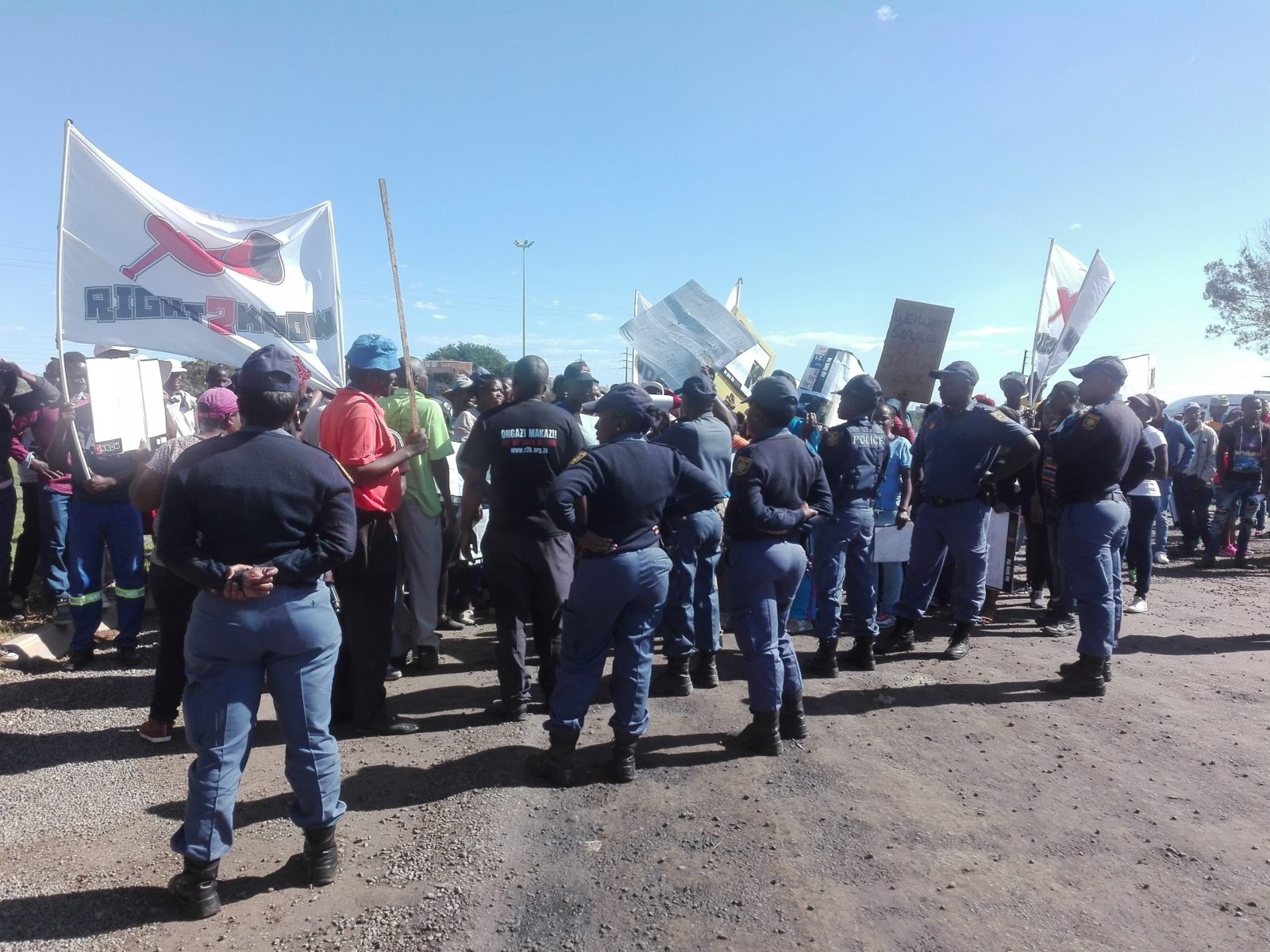 Gatekeeping officials are stopping people from exercising a constitutional right.

When protest convenors give notice of their intention to stage a protest, the duty of the responsible municipal officers is to ensure that convenors comply with the provisions of section 3 of the Regulation of Gatherings Act (RGA). But we have found gatekeeping officials limiting people’s right to protest through arbitrary practices.

A protest convenor should give notice in writing within seven days or no later than 48-hours prior to the date of the protest. When this notice is given, the responsible officer performs a “checks and balances” process, limited to the provisions of the RGA. This includes ensuring that the protest will not pose any harm to the protesters and the surrounding community, nor negatively impede pedestrian and vehicular traffic.

But responsible officers have mistaken this duty and assume that they have the power to decide whether a convenor has their “permission” to protest, even though it is a constitutionally guaranteed right.

Officials often do not give written reasons for stopping a protest, making it difficult for the convenor to approach the courts and challenge arbitrary prohibitions and requirements that a number of municipalities have self-created.

But on two occasions, the community of Marikana in North West province has been arbitrarily denied its constitutional right to protest. The responsible officer claimed that people could not hold a protest near the Tharisa mine, because the convenor did not have a “confirmation” from the mine stating that it was aware of the march and that the mine permitted it. Insisting on such confirmation is unlawful.

Section 3 of the RGA provides that “if a petition or any other document is to be handed over to any person” the convenor must list “the place where and the person to whom it is to be handed over”. According to this provision, the only obligation resting on the convenor is to provide the name of place and person to whom the memorandum of demands will be handed over. There is no requirement in law to obtain a “confirmation” from the intended recipient of a memorandum. In the case of the Tharisa mine, it is the duty of the responsible officer to inform the mine about the intended protest.

In the City of Johannesburg, those intending to exercise their constitutional right to protest must pay a fee or risk not having law enforcement officers present at their protest. A number of conveners have succumbed to this frivolous requirement because they could not risk the safety of protesters.

Some conveners have since decided not to give notice because of this requirement. In essence, protesters who comply with the law and give notice often regret it.

Such gatekeeping makes it undesirable for conveners to abide by the provisions of the RGA. Although spontaneous protests are constitutionally recognised and protected, and failure to give notice is not a criminal offence, giving notice is a pivotal administrative process for protecting protesters. DM

Stanley Malematja is the attorney in the Right2Protest Project based at the Centre for Applied Legal Studies, Wits University.