Moderna shot seen as effective for at least six months;... 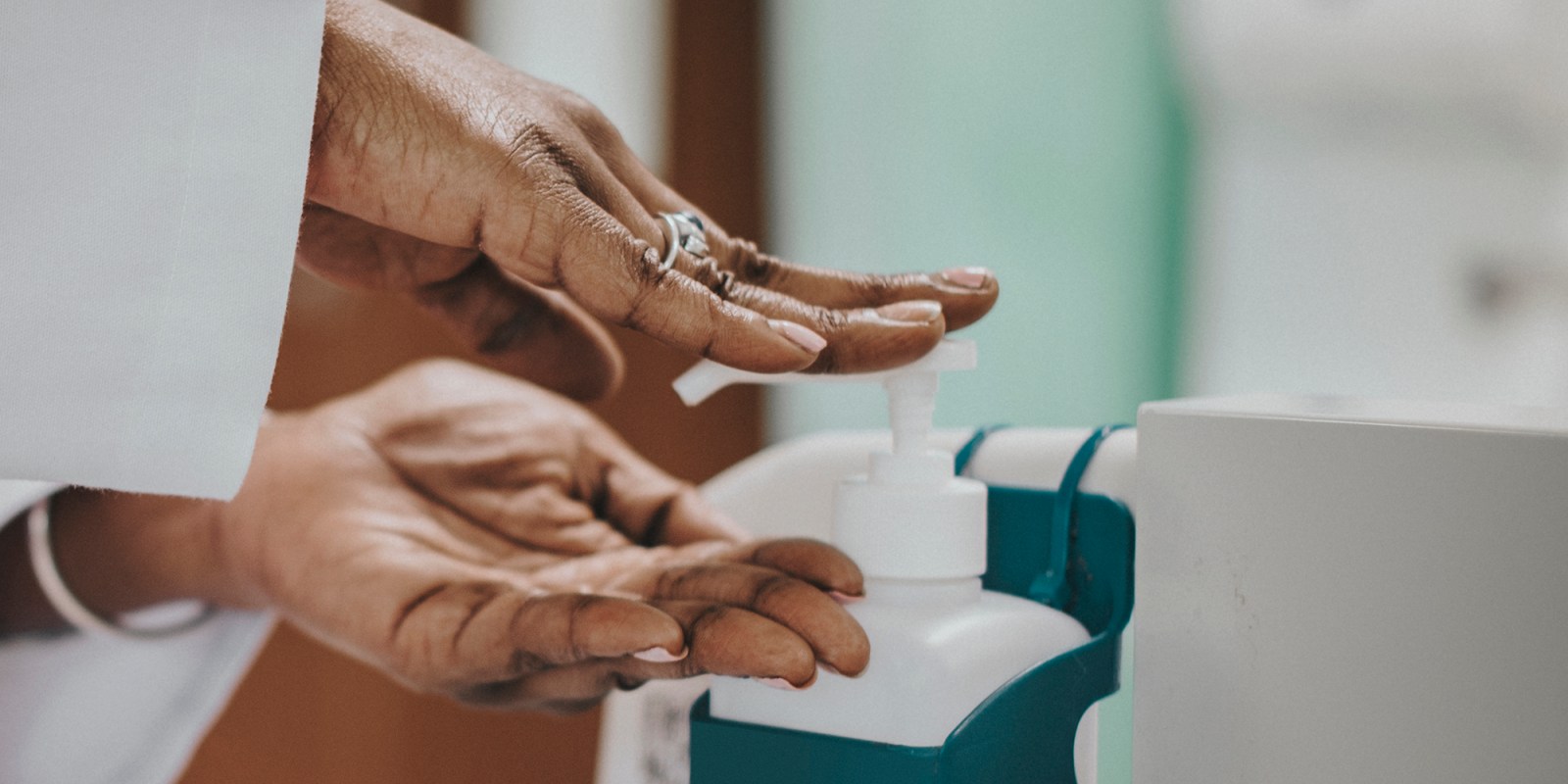 US President Joe Biden announced on Tuesday that he wants all US adults to be eligible for a coronavirus vaccine by 19 April, two weeks earlier than his previous goal. California is aiming to fully reopen its economy on 15 June.

In the European Union, most member states will have enough supplies to immunise the majority of people by the end of June, sooner than the bloc’s official target, according to an internal memo seen by Bloomberg. The projections provide some hope that the EU’s vaccination campaign will improve after a lacklustre start.

The bloc’s regulator may indicate a potential link between vaccination with AstraZeneca’s shot and rare cases of blood clots, an official told an Italian newspaper.

Antibodies to the Covid-19 virus persist for at least six months after patients receive the second dose of Moderna’s vaccine, according to a new analysis of lab results from 33 healthy adults in the drugmaker’s phase one trial.

Vaccinations of children in a study of the Covid-19 shot developed by AstraZeneca and the University of Oxford have been paused while the UK’s drug regulator investigates rare cases of blood clots in adults.

The vaccine researchers are awaiting the results of a review by the Medicines and Healthcare Products Regulatory Agency, the UK’s drug watchdog, “before further vaccinations”, the university said in an emailed statement. No safety issues have arisen in the children’s trial, he said.

California officials plan to fully reopen the economy on 15 June — if the pandemic continues to abate — after driving down coronavirus caseloads in the most populous US state.

Capacity limits on restaurants, movie theatres and other businesses will be lifted, Secretary of Health and Human Services Mark Ghaly said on a conference call with reporters on Tuesday.

Governor Gavin Newsom has been slowly easing restrictions under California’s current tier-based system after a winter virus surge spurred renewed lockdowns. The state’s outbreak has dramatically improved, with average daily cases falling to about 2,000 from more than 40,000 in January. Its test positivity rate is at 1.6%, the lowest in the US.

Antibodies to the Covid-19 virus persist for at least six months after patients receive the second dose of Moderna’s vaccine, according to a new analysis of lab results from 33 healthy adults in the drugmaker’s Phase One trial.

The finding, by researchers at the National Institute of Allergy and Infectious Diseases, Emory University, Moderna and elsewhere, was published as a brief correspondence in the New England Journal of Medicine. The researchers had previously published three-month follow-up results from the Phase One study in the same journal.

“Our data show antibody persistence and thus support the use of this vaccine in addressing the Covid-19 pandemic,” the researchers wrote. Still, because it was focused on lab tests of blood samples from a small number of people in Moderna’s Phase One trial, the study didn’t directly measure how durable the vaccine’s efficacy would be in actual practice.

Moderna shares rose as much as 6.4% in New York trading on Tuesday.

The administration doesn’t want vaccine passports “used against people unfairly” and will provide guidance “that will look like an FAQ” for private-sector development of the credentials, she said at a briefing.

Several Republican-led states have moved to limit development and use of the passports. Earlier on Tuesday, Texas Governor Greg Abbott issued an order forbidding state agencies or any entity receiving public money from requiring them.

Hungary, the world’s worst-hit country by the coronavirus pandemic, prepared to relax lockdown restrictions after giving a quarter of its citizens at least one dose of a vaccine.

Shops and services can restart from Wednesday, Prime Minister Viktor Orban said in a video on Facebook, after reaching the government-assigned threshold of 2.5 million people getting at least one vaccine shot. The premier has argued that this level of vaccination already covers the most vulnerable parts of the population.

But with Hungary suffering the world’s highest number of deaths per capita from Covid-19, doctors in the country of almost 10 million have warned the government against relaxing curbs too early. It’s particularly important to stay vigilant with the more aggressive UK variant leading to a spike in the hospitalisations and deaths of younger Hungarians, practitioners say.

Austria’s eastern provinces around the capital, Vienna, will remain under a stricter lockdown for one more week until 18 April, while the western and southern parts of the country will remain somewhat less restricted, Chancellor Sebastian Kurz said.

For the east, that means schools stay in remote learning, non-essential shops remain closed and FFP2 masks are mandatory including in some highly frequented outdoor spots. If vaccination progresses as planned, the country will be able to lift restrictions step by step in May, Kurz said.

Private vaccinations with Sputnik V shots from Russia came to a stop in Kenya after the government barred companies from shipping and administering the Covid-19 vaccines.

Ontario Premier Doug Ford is under increasing pressure to close in-person schooling as a more deadly strain of coronavirus surges through the Canadian province.

Public health authorities in the suburban regions of Peel and Wellington-Dufferin-Guelph used their own authority on Monday to shift to remote learning only. The closures will last until at least 18 April. Schools in Toronto, the country’s financial capital, are staying open for now, the local school board said.

“Government should not require any Texan to show proof of vaccination and reveal health information just to go about their daily lives,” Abbott said in a video.

Biden to urge vaccination for all adults early

President Joe Biden announced on Tuesday that he wants all US adults eligible for a coronavirus vaccine by 19 April, two weeks earlier than his previous goal.

Biden also announced that 150 million doses of vaccine were administered within his first 75 days in office, keeping pace with his accelerated goal of getting 200 million shots into arms by his 100th day in office. Almost half of US states had opened vaccination to everyone 16 and older by the end of last week.

Medicines agency says Astra review to be over by Thursday

The European Medicines Agency (EMA) is still studying reports on vaccination with AstraZeneca’s shot and possible blood clots and expects to conclude the review by Thursday.

Still, cases are extremely rare and the risk-benefits ratio is still a positive one, he said. The EMA “will indicate there is a link but it is still not clear how it works,” Cavalieri told the paper.

About 207,000 Romanians have cancelled their appointments to be vaccinated with the AstraZeneca shot since March amid concerns about rare blood clots.

Valeriu Gheorghita, who heads the government’s vaccination task force, said concerns are understandable and there’s a need for more official guidance from the European Medicines Agency. Romania has contracted enough doses from Pfizer and BioNTech alone to reach an objective of vaccinating 10 million people by September, he said.

Spain has so far administered 8.74 million doses under its vaccination programme out of 9.69 million supplied, according to Health Ministry numbers.

Scottish First Minister Nicola Sturgeon said the country shouldn’t “close its mind” to the idea of vaccine passports as part of opening up services after lockdown.

There needs to be a full public discussion on the matter, especially on “ethical and equity issues”, she told a coronavirus briefing in Edinburgh. UK Prime Minister Boris Johnson is on course for a battle with members of Parliament over plans to introduce the so-called Covid-status certificates. DM