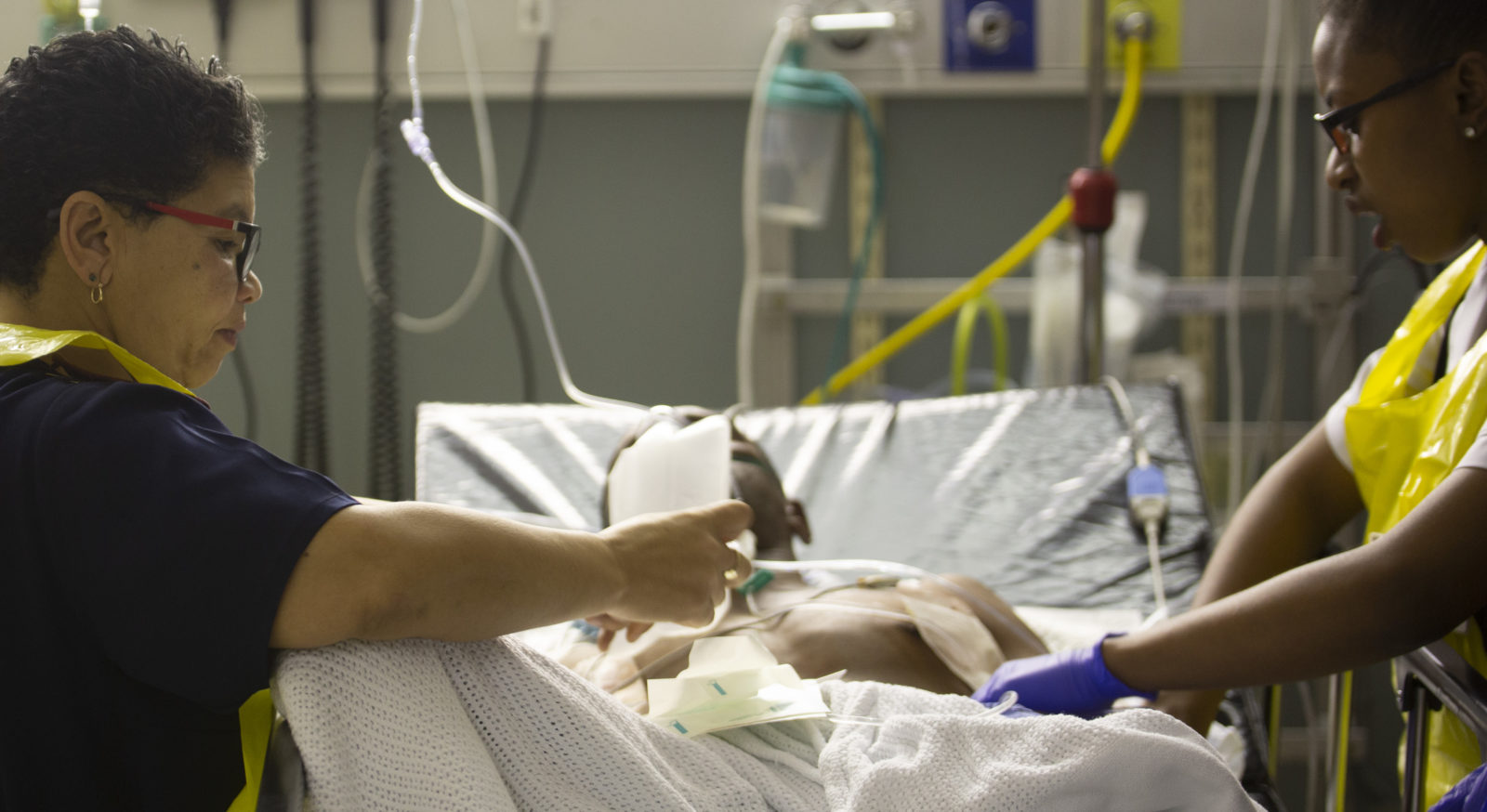 Is the acknowledged decline in hospital trauma admissions during the various lockdowns a result of the ban on alcohol, restrictions on people’s movement or a combination of both? An effort at research (conducted on behalf of the alcohol industry and by a person with links to a lobby group that has been anti-lockdown) suggests the answer could lie somewhere in between.

Amended lockdown regulations over the Easter weekend saw the number of people who could attend religious and other gatherings more than double to 250 people indoors and 500 outdoors, and, while shebeens and restaurants remained open, the offsite sale of liquor was prohibited for four days.

The apparent lack of a scientific basis for these decisions prompted the South African Liquor Brand Owners Association to release an investigative report it commissioned several months ago.

The investigation set out to interrogate the widely held view that there is a clear causal link between the three alcohol bans (excluding the recent Easter ban) and the visible and, at times, startling decline in hospital trauma admissions that occurred at the same time.

This decline has led to the widely held belief that the level of trauma admissions can be linked to the different levels of alcohol restrictions.

The authors of the paper do not believe that this logic holds, however. They argue that this theory fails to address the fact that alcohol restrictions coincided with other restrictions that may also have had an impact on trauma admissions — not least of which was the level of lockdown.

In fact, the authors claim that the measured association between alcohol restrictions and trauma admissions in 2020 becomes statistically insignificant when an adjustment for the simultaneously imposed curfew is made.

The data analysis was led by Ian McGorian of Silver Fox Consulting, in collaboration with Prof Mike Murray from the University of KwaZulu-Natal’s School of Mathematics, Statistics and Computer Science, with financial support from Distell.

McGorian is identified on the Pandemics Data & Analytics website as a Panda team member. He does not disclose this link in his report.

Daily Maverick has reported in the past that at a time when reliable information on the Covid-19 pandemic, treatment and vaccines is considered so vital that many countries – including South Africa – have criminalised misinformation, a group of influential South African lobbyists led by Panda has been amplifying discredited and unscientific views and voices.

Panda, a South African private sector research group that has repeatedly lobbied against lockdown denies being associated with a global coalition of pandemic denialists and sceptics – but online evidence suggests otherwise. Pandemics Data and Analytics (Panda) is one of the loudest anti-lockdown groups globally and openly states online that it hopes to “lead the world against lockdown”.

The authors of the anti-booze ban paper examined publicly available data sources, such as SA Police Service annual reports, data from the Medical Research Council, Google mobility data and the Sentinel Trauma Report which is available on the SAMRC website.

The analysis was reviewed by Prof Graham Barr from the department of statistical sciences at the University of Cape Town.

Key findings from their investigation included the fact that trauma cases in South Africa under lockdown dropped 60%. The paper states that other countries without an alcohol ban also experienced a similar phenomenon, including the UK (-57%), Ireland (-62%), Italy (-56.6%) and the US (-54%), raising questions about the efficacy of bans on alcohol.

The authors also noted that while alcohol is often cited as the leading factor in violent crime, the SAPS’ annual report of 2019-2020 shows that alcohol is officially confirmed in only a small percentage of cases: 5.4% of sexual offences, 5.3% of assaults, 6.7% of murders, 6.9% of attempted murders and 11.9% of assault with intent to cause grievous bodily harm.

South African Liquor Brand Owners Association (SALBA) chairperson Sibani Mngadi, who is also the corporate relations director for alcohol giant Diageo, said the industry was acutely aware of the realities and harms associated with the irresponsible consumption of alcohol by some consumers, as well as the pressure frontline healthcare personnel experienced during surges of Covid-19. “The analysis was not intended to dispute this, but rather open a constructive dialogue on facts, towards finding holistic solutions”, he said.

Prof Charles Parry, director of the alcohol, tobacco and other drugs research unit at the South African Medical Research Council, questioned the methodology used. “This appears to be a report… not a published research paper. Its biggest flaw is it lacks the methodological detail needed to adequately assess the methodology applied.”

“We understand that the government carries the daunting responsibility to save lives in the face of a disease that has claimed too many already,” he says. “We accept that we have a responsibility to help eliminate the abuse of alcohol and the social ills that go with it, knowing, also, that we can’t achieve this alone. Effective enforcement of existing regulations is a big part of the equation.”

At the same time, he notes, the whole alcohol value chain, from retailers to glass manufacturers, had been damaged by the alcohol bans and the same would potentially be true of more stringent liquor regulations.

It is critical to have an objective analysis of the data being used to justify such actions, and any restrictions should be evidence-based.

The analysis showed the assumption that alcohol was a leading cause of trauma admissions was not supported by the data — using official, publicly available statistics for anyone to scrutinise.

While Salba plans to release further data and analysis in time, some experts contacted by Business Maverick were sceptical.

“The link between alcohol and trauma is well established and we saw distinct drop-offs during the alcohol bans,” says the head of trauma at UKZN, Prof Timothy Hardcastle.

To compare the drop-off in South Africa to other countries without an alcohol ban is misleading, he adds. “These are countries where the policing is far stricter; where controls on the sale of alcohol are in place, or huge surcharges implemented on alcohol, making it less affordable.

Prof Charles Parry, director of the alcohol, tobacco and other drugs research unit at the South African Medical Research Council, questioned the methodology used. “This appears to be a report… not a published research paper. Its biggest flaw is it lacks the methodological detail needed to adequately assess the methodology applied.”

On the subject of causation, which requires that for A to cause B, a variety of criteria must be met, Parry notes that both instruments — the liquor sales bans and the restrictions on mobility — are causally related to trauma presentations.

“The fact that another intervention affects the outcome (trauma presentations) does not invalidate an intervention (the temporary liquor sales ban) from also causally impacting on that outcome,” he says.

While recognising that Mediclinic serves a private rather than a public market, its chief clinical officer, Dr Gerrit de Villiers, notes that following the withdrawal of the alcohol ban in February 2021, “we have seen a steady but not immediate increase in trauma-related emergency centre cases and admissions to our Mediclinic hospitals.

“The reintroduction of full trading hours for alcohol sales has not had any significant effect on trauma cases.”

Minimising transmission remains a key factor in managing the effects of the pandemic and everyone needs to play their part in preventing further spread, he adds.

Far from attempting to provoke an argument, Distell CEO Richard Rushton says the industry is simply asking that an objective view be taken of the data in order to facilitate more meaningful dialogue with decision-makers.

“We are all on the same side and we want to help find solutions. We are very clear that alcohol abuse is unacceptable and causes harm. Our view is that the focus must be on finding ways to deal with high-risk drinkers, rather than using blunt instruments that penalise all South Africans.