The Estrella, a crude oil tanker operated by Lundqvist Rederierna AB, left, and Nansen Spirit, a crude oil tanker operated by Teekay Corp., transfer oil between them off the coast of Southwold, U.K., on Friday, May 15, 2020. Nine tankers carrying about 5.58 million barrels of North Sea crude that loaded in April are floating off U.K. ports, according to ship-tracking data compiled by Bloomberg. Photographer: Chris Ratcliffe/Bloomberg

The Estrella, a crude oil tanker operated by Lundqvist Rederierna AB, left, and Nansen Spirit, a crude oil tanker operated by Teekay Corp., transfer oil between them off the coast of Southwold, U.K., on Friday, May 15, 2020. Nine tankers carrying about 5.58 million barrels of North Sea crude that loaded in April are floating off U.K. ports, according to ship-tracking data compiled by Bloomberg. Photographer: Chris Ratcliffe/Bloomberg

(Bloomberg) --An Iranian-flagged vessel was attacked in the Red Sea, Iran’s Foreign Ministry said, on the same day Tehran and world powers including the U.S. met to discuss restoring the 2015 nuclear deal.

The New York Times reported that Israel was responsible.

The Saviz, which is stationed in the Red Sea, was damaged by an explosion near the coast of Djibouti around 6 a.m. local time on Tuesday, Foreign Ministry spokesman Saeed Khatibzadeh said in a statement on Wednesday.

He said the cause of the blast is being investigated and that the Saviz is a non-military vessel that provides security for shipping lanes and counters piracy in the area. No casualties have been reported, Khatibzadeh said.

On Tuesday, the Tasnim news agency said limpet mines had exploded on the Saviz’s hull, and that the ship often deploys Iranian commando boats to escort commercial vessels. It didn’t say where it got the information. 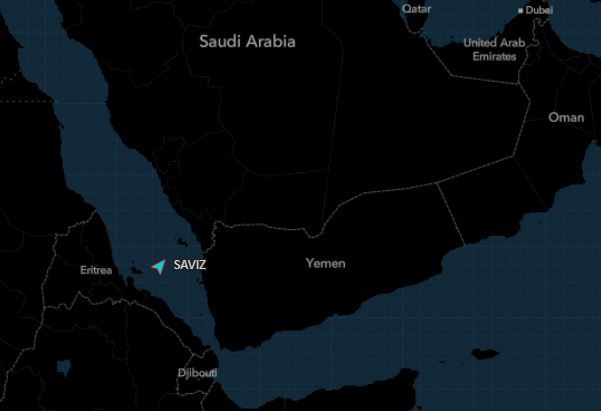 Israel notified the U.S. that its forces had struck the Saviz, the New York Times reported, citing an unidentified American official. The Israeli government opposes the 2015 nuclear accord and doesn’t want the U.S. to lift sanctions on the Islamic Republic without a new deal that addresses Tehran’s ballistic missile program and regional proxy forces.

Tuesday’s incident follows several attacks involving Iranian and Israeli vessels over the past month. On March 25, Israel’s Channel 12 said an Israeli-registered ship was hit by an Iranian missile in the Arabian Sea. On March 15, Iran blamed Israel for a blast on a container ship in the Mediterranean Sea.

Munro Anderson, a partner for security company Dryad Global, said the Saviz incident could have been a response to last month’s strike on the Israeli vessel, MV Lori.

Iran Blames Israel for Blast on Container Ship in Mediterranean

The latest attack came as Iranian officials gathered in Vienna to negotiate the restoration of the moribund agreement designed to curb Iran’s nuclear activities. Former U.S. President Donald Trump’s withdrawal from that accord in 2018 deepened tensions in the Middle East and was followed by an increase in attacks on ships that were often blamed on Iran.

U.S. Central Command, which maintains forces in the area, was not involved, Erin Dorrance, deputy chief of media operations, said in a phone call.