Double-speak: How the fudginess and deflection of SA’s political language damages democracy 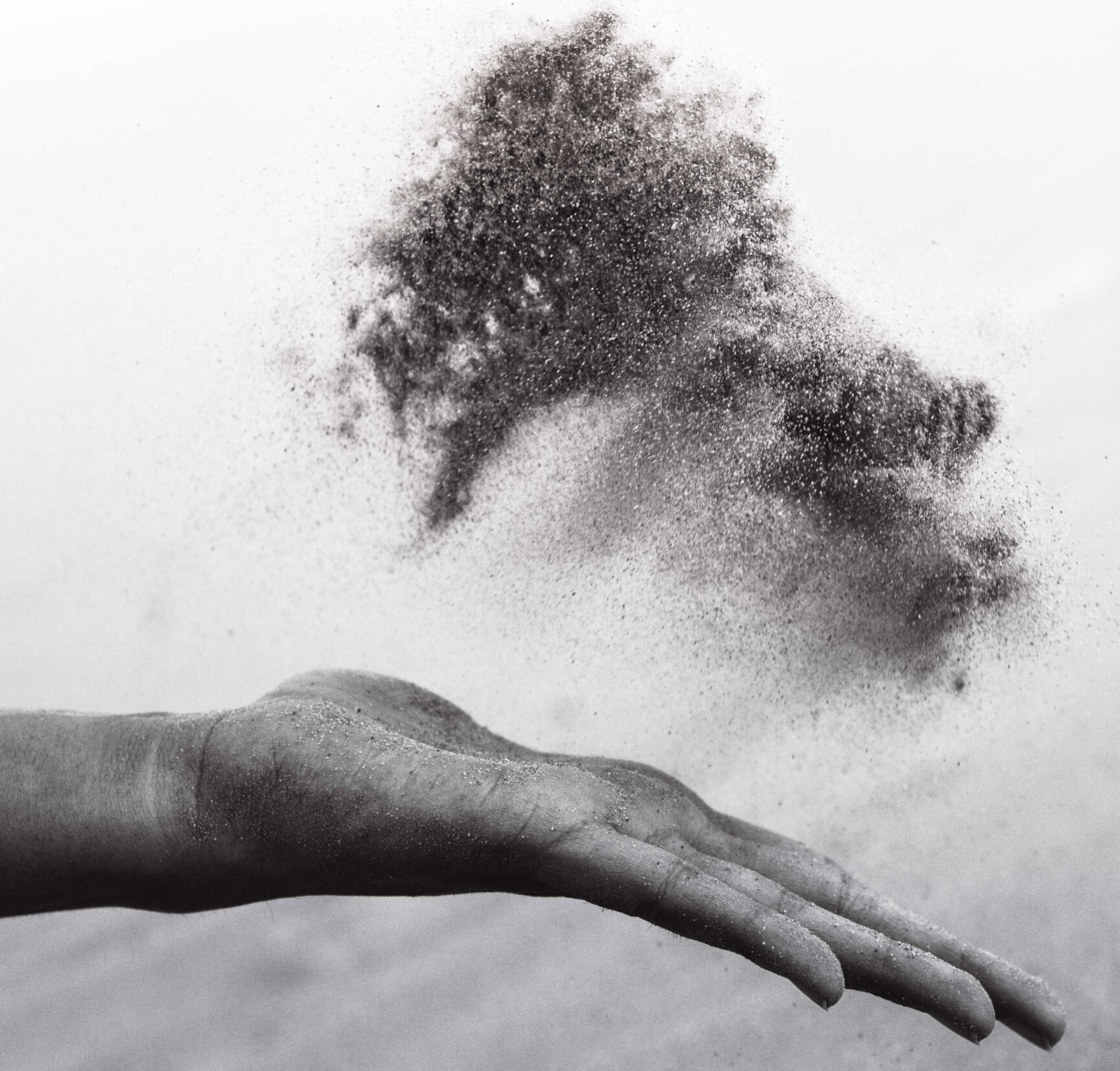 Photo by Kunj Parekh on Unsplash

Victory is always ‘overwhelming’, commitment ‘unwavering’ and action ‘decisive’. Success is ‘resounding’. Requests are usually, but not always, ‘humble’, and considered accordingly.

“Political language — and with variations this is true of all political parties, from Conservatives to Anarchists — is designed to make lies sound truthful and murder respectable, and to give an appearance of solidity to pure wind.” — George Orwell, Politics and the English Language (1946)

The language of South Africa’s politicians and administrators is fudgy at best as words are used to appeal to emotion and sentiment.

Talking about “decent housing” obfuscates the failures to relieve the poverty and inequality that traps millions of South Africans in shacklands. Talking about “job opportunities” leaves unsaid that these are temporary, and legally remunerated at R11.93 per hour, or just above half the standard national minimum wage of R21.69 per hour.

Political language play-acts at but offers no solutions or service delivery from a state that is in turmoil. That’s not only because of the Covid-19 lockdown that hits Day 378 on Wednesday, but also due to long-term accumulation of governance failures — including shoddy financial management and pork barrel politics — and the fracturedness of competing interests at the highest levels, including the securocrats’ bid to gain greater influence.

In political language, the plain meaning of words is seldom what politicians and their administrations mean them to mean.

The Nazis’ Schutzhaft, usually translated as “protective custody” but also as “preventive detention”, illustrates this to a bone-chilling degree. It was used to imprison without court involvement those the Nazis deemed socially, politically and ideologically undesirable — from communists to gay people, the Sinti, Roma, and Jewish communities. More than 26,000 people were put into Schutzhaft from the end of February 1933, when the measure was introduced, to the end of July 1933.

Schutzhaft was the step before transportation to concentration camps. Its use and impact clearly emerge in the Nazi documentation and correspondence exhibited at Berlin’s Topography of Terror museum at the site of the Gestapo HQ.

It’s an extreme case in point, perhaps, of how the meaning of words is shaped in political language. But the gap between word and meaning in politics persists to this day.

Noam Chomsky, political theorist, essayist and linguistics professor, in his 2014 Language of Politics talks of this, and how the literal meaning of words is subsumed in political meaning, often in support of concentration of power and security as a means to draw a veil over public accountability.

“Over the years popular struggle has won many victories. People have greater freedom. States have less power to coerce their population violently. It’s not a straight line, but in general that’s the tendency.

“As it becomes harder to control people by force, it becomes necessary to control them in other ways, namely by propaganda, deceit by manipulation. And this is quite conscious.”

For Chomsky, central in this propaganda manipulation are the public relations and advertising industries.

Remember Bell Pottinger and its bots fomenting racial tensions in South Africa? Those White Monopoly Capital bots in the Radical Economic Transformation (RET) deflection stoked by the Guptas during the State Capture years of the then president Jacob Zuma’s administration.

The RET grouping is still around, as is governing party fractiousness, despite three years of talking unity. But Bell Pottinger’s South African skulduggery led to the firm receiving industry sanction and going into administration in September 2017. (See: How Bell Pottinger, P.R. Firm for Despots and Rogues, Met Its End in South Africa (published 2018).

Political language not only layers the meaning of words, but is also a tool for mobilisation.

“There are powerful political rewards for people who are willing to mobilise them in this negative way. And then it gets out of control. Responsible political leaders don’t do this. They remember to go back to the nation that there are other identities that we can use to bring ourselves together and one of those is, of course, our identity as fellow citizens.”

Democracy is a good idea, said Appiah. “It’s to have lively public conversations with one another in which we talk about what matters to us and try to get to some consensus about, in the domain of politics anyway, about what fundamental values we allow to guide us.”

While Appiah was speaking against the backdrop of then US president Donald Trump’s Make America Great Again mobilisation, his comments are of global relevance.

In South Africa, the EFF marshals political language for race identity politics. Just ask Pravin Gordhan, the public enterprises minister, at the sharp end of the campaign centred on calling him Jamnadas, his middle name, for allegedly failing to recognise black excellence.

In the EFF playbook, disrupting Gordhan’s 2019 Budget speech is okay. And while 16 of the party’s MPs have been found guilty of contempt — recommended sanctions include a month’s suspension without pay and a fine equivalent to a month’s salary — because none participated in the parliamentary disciplinary proceedings, the mythology of the political martyr is fanned.

The DA mobilisation seems to revolve around claiming a track record of governing best where it governs. Styling itself as a better government, the party’s political language claims rationality and success even as its critics view this as little more than expressions of (mostly white) superiority.

ANC mobilisation has an unrelentingly backward gaze — anniversary commemorations and wreath laying, and naming lectures after people elevated for specific values and contributions.

It’s a series of feel-good moments, dipped in nostalgia at specific moments, like an election, to mobilise a unity of purpose. Or in the run-up to a national conference, like the 2017 Nasrec ANC gathering that saw the memorial lecture institutionalised as an electioneering tool.

Political language means “problems” become “challenges that are assessed accordingly” — it’s always vague whether that’s according to an official’s views or some actual law and policy — and then “matters are conclusively concluded without delay”.

In 21st-century public discourse, political language is enmeshed in the rise of the narrative, or the public telling and retelling to shape facts and their impact.

The fact is that using rubber bullets is a policing choice. Other methods, such as water cannons, could have been used, or nothing at all to try to de-escalate the situation while strategically arresting protesters seeking to provoke confrontation.

The narrative by South Africa’s securocrats of defending the authority of the state switches the right of safety and security away from the people, as the Constitution stipulates, to the state. With that comes the securocrat proclivity towards secrecy and lack of accountability to the public.

When the state’s legitimacy must be defended, or “stamped” as the SAPS lingo had it a couple of years ago, public trust in the government has slipped dangerously low.

The government’s narrative is of progress, even as the consequences of its failure stare people in the face every day.

The Inter-Ministerial Committee on Land Reform and Agriculture “received progress reports on a range of issues”, including “a progress report on the release and allocation of state owned land for redistribution” on 31 March, according to a statement by Deputy President David “DD” Mabuza, who in the subject line was “pleased with progress on land reform”.

The 591-word statement did not include a single quantifiable fact, such as the number of land parcels redistributed and their location. Nor did it include details of the land allocation policy, last in the public domain in January 2020 in a departmental call for comment by March 2020 on a draft Beneficiary Selection and Land Allocation Policy.

President Cyril Ramaphosa has beaten the progress drum on a variety of matters, from fighting corruption to the regular addresses to the nation that are headlined as “statement… on progress in the national effort to contain the Covid-19 pandemic”.

On the economic front, progress is also made, according to various presidential addresses including at, for example, the Proudly South African Buy Local Summit on 9 March.

“The automotive master plan, for example, aims to double the amount of job opportunities by increasing the level of local content in vehicles assembled in this country from 39% to 60%. That is a whopping increase.”

That’s another of those statements in the narrative of progress, using political language to appeal to sentiment and feeling.

The fact is the government’s local content has fallen short, with its procurement rules broken in R2.6-billion worth of contracts at 67 of 166 national and provincial auditees, according to the Auditor-General’s 2019/20 Consolidated General Report on National and Provincial Audit Outcomes.

The fact is that since the Cabinet on 2 December 2009 agreed that suppliers had to be paid within 30 days, it’s still not the standard in 2021. The average emerged as 48 days, the Auditor-General’s report showed.

It’s time to cut through such political language that may evoke warm and fuzzy feelings and assist political identity mobilisation, but amounts to little more than deflection.