Vote-buying and branch-stacking: Is it possible to solve the problem of the ANC leadership election process? 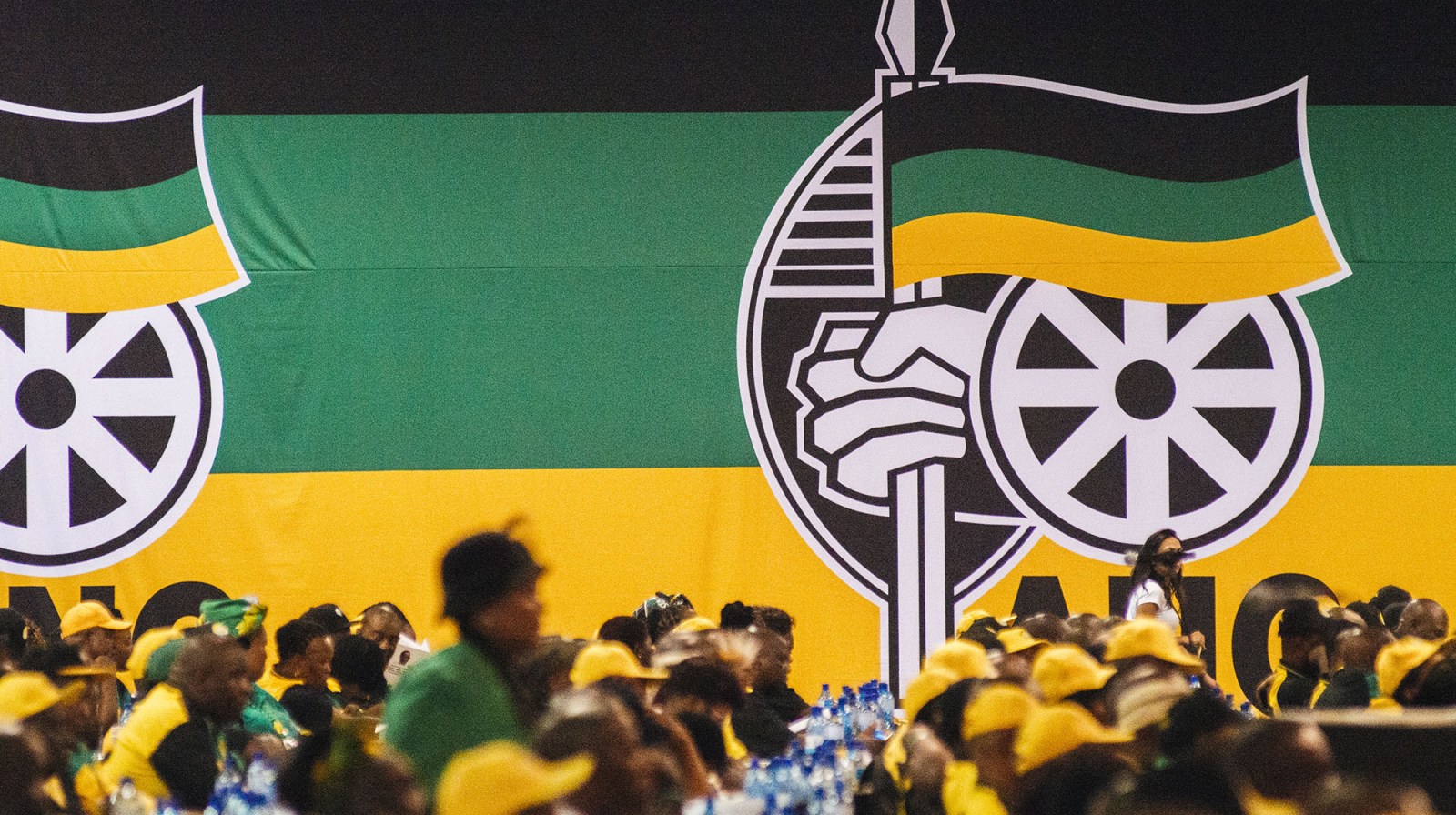 The Supreme Court of Appeal last week declared the 2018 Free State provincial conference of the ANC, as well as the election of the provincial leadership at this conference, unlawful and unconstitutional. This raises questions about the integrity of internal ANC elections (including the 2017 election of party leaders at Nasrec) and the role that courts ought to play in safeguarding the right of members of political parties to participate in party elections.

For example, the ANC constitution provides for the election of national party leaders at a national conference, by about 5,000 delegates, 90% of whom are selected at “properly constituted branch general meetings” (BGMs).

A similar provision applies to the election of ANC provincial party leaders at a provincial conference. The constitution of the DA provides for a slightly more complicated procedure for the election of office bearers by delegates at a national conference, with about half of these delegates coming from the ranks of the party’s members of Parliament, provincial legislatures and municipal councils, and 45% elected to represent the party’s branches.

When groups or factions manage to manipulate the system to prevent the selection of delegates from an opposing camp or to increase the number of delegates from their own camp, the integrity of the election is fatally undermined. (Sometimes the rules themselves are designed to ensure that party bosses retain some control over who is selected at delegates – as illustrated by the process followed by the DA – but this is a discussion for another day.)

“For good reason this is left to political parties themselves to regulate. These activities are internal matters of each political party. Therefore, these parties are best placed to determine how members would participate in internal activities.

“The various constitutions of political parties are instruments which facilitate and regulate participation by members in the activities of a political party.”

However, the court further held that the section 19 right to participate in the activities of a political party “confers on every political party the duty to act lawfully and in accordance with its own constitution”. Based on this principle, the ANC’s Free State provincial conference has been nullified on three separate occasions, most recently by the SCA last week in the case of in Ramakatsa and Others v African National Congress and Another. (The court has also nullified other ANC provincial conferences, including the 2015 KwaZulu-Natal elective conference.)

In the most recent Ramakatsa case (not to be confused with the 2012 judgment brought by an applicant with the same surname), the SCA held that a re-run of the Free State provincial conference previously ordered by the high court, had not complied with the ANC constitution and other rules, because no audit was undertaken of all branches to verify their membership, because some BGMs were never held, and because some BGMs were held without inviting all branch members.

It is therefore likely that the voting delegates who eventually attended the provincial conference did not accurately reflect the views of ANC members in the province.

In cases like this, where some of the very basic procedural requirements for the selection of delegates to an elective conference were not met, it will not be too difficult for a court to intervene and to nullify either the selection of delegates or the outcome of the conference. This is because these kinds of irregularities are not too difficult to prove and are clearly in conflict with the ANC constitution and other applicable rules.

But it will be far more difficult for a court to intervene in other forms of manipulation aimed at influencing the outcome of an elective conference.

For example, back in 2011, then secretary-general of the ANC, Gwede Mantashe, warned against forms of “gate-keeping”, where regional power brokers prevent some individuals from joining the party because of suspicions that they supported the “wrong” camp. Before the last elective conference, some members in good standing were also refused entry to BGMs because they were known to support the “wrong” candidate.

But the easiest (lawful) way to manipulate leadership elections in which branch delegates play a pivotal role is by inflating the membership and the number of branches through the bulk buying of membership. A donor would pay for the membership of several hundred or thousands of branch members, and these new branches would be controlled by one faction (also using “gate-keeping” when necessary) to ensure that the delegates sent from those branches supported the candidates of one or the other faction contesting for election.

Of course, manipulating the process (in either a lawful or unlawful manner) to increase the number of delegates for your slate of candidates, may all come to nought, because of vote-buying.

The obvious solution would be to institute a direct election by party members, allowing every party member to cast a single ballot for the candidate of their choice – at least for the “top 6” positions. (The Labour Party in Britain uses this system for the election of its leader.)

While delegates are selected on the understanding that they support certain positions and candidates, the leadership election is done by secret ballot and delegates may therefore be persuaded to change their votes in exchange for money or other benefits.

Rumours of vote-buying by both camps contesting for positions at the Nasrec conference have been circulating widely, fuelled by the claim first made by Robert McBride that money from South African Police Service (SAPS) contracts at inflated prices went towards buying votes for the Nkosazana Dlamini Zuma camp at the national conference in 2017.

The rumours intensified after it was revealed that the Ramaphosa campaign had spent almost R1-billion on the CR17 campaign.

But the problem does not only affect disenfranchised ANC members.

Because the ANC is currently the governing party and still electorally dominant, who the party elects as president has a profound impact on the entire society. On the assumption that a fair electoral process – which produces an outcome reflecting the will of the majority of party members – is likely to lead to the election of a higher quality president, all South Africans have an interest in improving the method through which the ANC elects its leaders. (I do not think this assumption is valid for all or even most political parties here and elsewhere, but for reasons I do not have space to engage with here, I suspect it may be valid for the current ANC.)

Despite this, any reform of the process to elect its leaders will have to come from within the ANC, as it remains a voluntary association that enjoys wide discretion on how to regulate its affairs.

But if there are such reformers inside the ANC, the first problem they might encounter is that it is not obvious how to fix the problem to ensure that leadership elections more or less reflect the view of the majority of the bona fide members of the party.

The obvious solution would be to institute a direct election by party members, allowing every party member to cast a single ballot for the candidate of their choice – at least for the “top 6” positions. (The Labour Party in Britain uses this system for the election of its leader.)

For practical reasons, this system would not be easy to implement in South Africa. Using postal ballots may run into difficulties as no one is going to trust the Post Office to actually deliver the ballots. Using an online voting system will exclude ANC members without access to the necessary technology. And using an in-person voting system would be a logistical nightmare.

But even if these practical difficulties could be overcome, other questions would remain. The system would not prevent groups from buying bulk memberships and then finding a way to get these new (but maybe ghost) members to vote. As the system would not be focused on branches, it would also be far easier for new members to join the party without having to attend branch meetings. Such a system will therefore leave the party vulnerable to entryism, allowing other political groups to join the ANC with the specific purpose of influencing the leadership election.

Another solution would be to introduce effective checks and balances into the existing system to reduce fraud and manipulation. But this would require a highly efficient and non-factional enforcement body inside the ANC to oversee the process and enforce the rules, something that seems unachievable. More checks may also slow down the process and may make it very difficult to run such an election. Even then, once the delegates arrive at conference, the likelihood of vote-buying would again rear its head.

I believe this is an important issue that speaks to the quality of our democracy: an issue that requires further reflection.

There may be other ways of improving the system to ensure that leadership election outcomes more or less reflect the views of the majority of the members of the party. I would invite others inside and outside the ANC with an interest in this to advance proposals that may be more workable than those I have been able to think of. DM