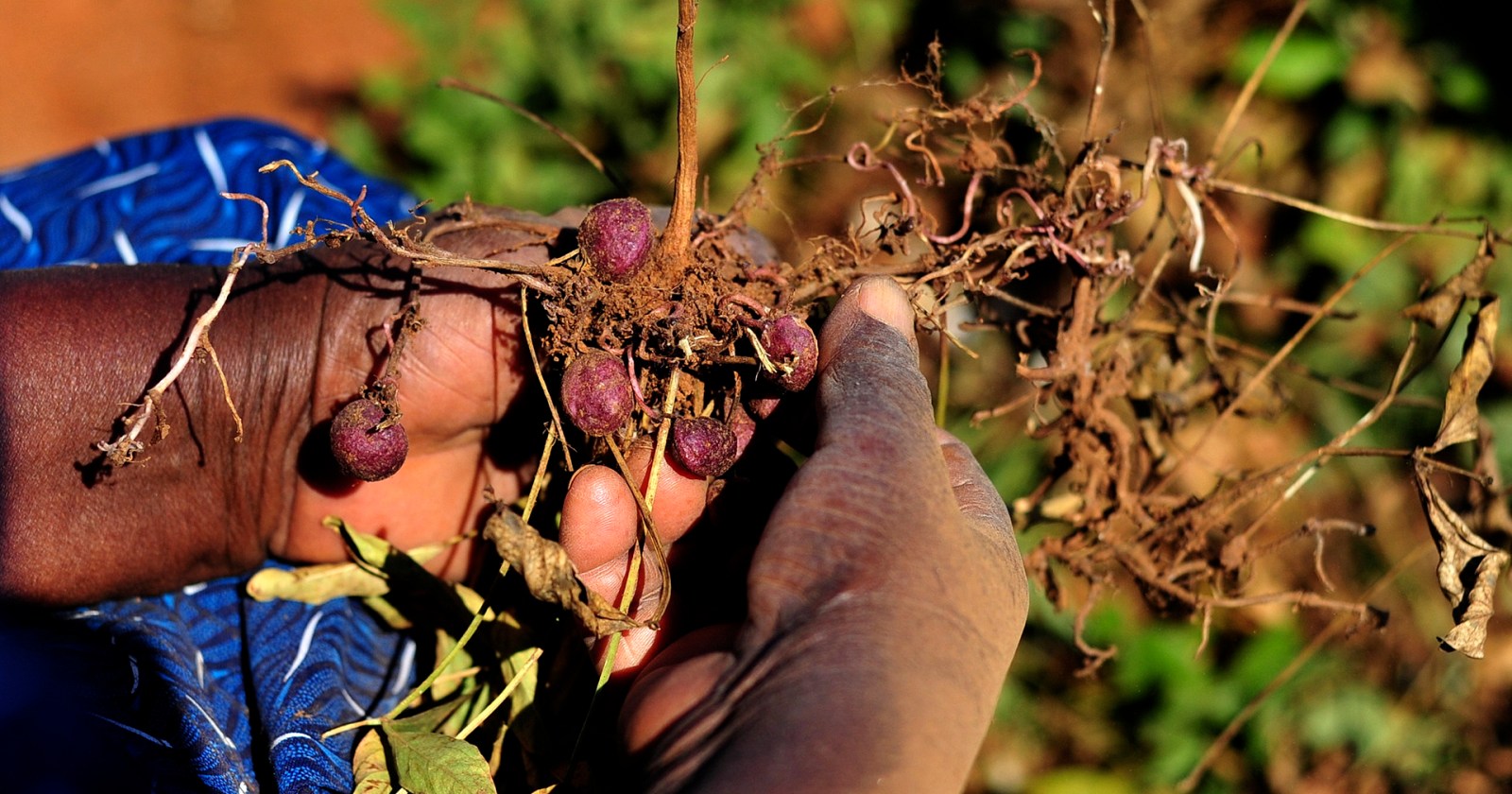 Subsistence farmers are counting the costs after heavy rainfall from earlier in the year destroyed their crops. (Photo: Lucas Ledwaba / Mukurukuru Media)

Unusual weather patterns have hit small-scale farmers with few resources the hardest. Experts predict the trend will continue in 2021.

With his calloused hands, Martin Monyamane gathered the shrivelled bambara groundnuts into his palms. He rolled them slowly between his fingers, a worried frown on his forehead.

“There was too much water in the soil. That is why they turned out like this,” he said, throwing the rotten groundnuts back on to the ground.

“They will not be of use now. You can’t even use them as seed for the next season.” His voice is heavy with disappointment.

The retired teacher and his wife, Kgadi Monyamane, also a former teacher, farm on a three-hectare field in the Mandela section of Mashashane, Limpopo. The plot is just more than 1km from their home in Maune, a sub-village of Mashashane.

“This is the worst harvest since we started five years ago. There was too much rain,” lamented Monyamane.

They employ local resident Simon Nkuna who helps during the planting and harvesting seasons. They work the land using old implements — hoes, picks and shovels — and their bare hands, often in sweltering temperatures.

Usually, they toil from just after sunrise until early afternoon. Sometimes, especially when it is overcast and the sun is less menacing, they go on until just before sunset.

They started out following their passion for working the soil, which they learnt while growing up in Mashashane, about 40km west of Polokwane. Word about the quality of their groundnuts soon spread, attracting hawkers from neighbouring villages who bought them for resale.

Kgadi is worried they will not be able to meet the demand.

“We might have to ask farmers in other areas to help us out this time. This rain was just too much,” she said, sitting on a chair in the middle of the plot under the late-morning sun.

That morning they started early, as usual, carefully uprooting the plants and gathering them in a heap in the middle of the field. Then the three of them sat in a semi-circle to pluck and sort the groundnuts.

But their hearts are heavy with disappointment. Although rain is always a blessing to a farmer, when it is excessive and prolonged, as it was in February, it is a curse.

The Agricultural Research Council warned in February that the persistent wet conditions could result in the occurrence of fungal pathogens in areas already hit by above-normal rainfall since late December. The council also said that since the rain had fallen in February, it gave crop farmers little opportunity to replant.

The World Meteorological Organisation has warned that southern Africa, the Greater Horn of Africa, Asia and the Pacific are at high risk of agricultural losses and worsening food insecurity because of the La Niña weather phenomenon. The organisation has said there is a 65% chance the impact of La Niña might last until May in affected countries, with a projected medium to strong intensity.

This will probably affect food security, especially among small-scale or subsistence farmers such as the Monyamanes. The Human Sciences Research Council reported that food can account for 60% to 80% of the income of low-income households in some parts of sub-Saharan Africa.

It also noted that subsistence or smallholder agriculture can play an important role in reducing the vulnerability of rural and urban food-insecure households, improving livelihoods and helping to mitigate high food-price inflation.

Kgadi said the heavy rains have caused extensive damage, cutting their produce by at least 65%.

In February, the Monyamanes received some positive news. Two months earlier they had applied for the Presidential Stimulus Package for subsistence farmers. Officers from the provincial agriculture department later arrived to inspect the farm.

A few days later Kgadi received a message from the Department of Agriculture, Land Reform and Rural Development saying they qualified for a R5,200 voucher, which they will use to buy utensils and chemicals to improve production. The couple said their biggest wish is to farm on a bigger piece of land and put up fencing to keep out livestock that destroys their crops.

Announcing the stimulus package in early December, Minister of Agriculture, Land Reform and Rural Development Thoko Didiza said more than 75,000 subsistence farmers whose production had been disrupted by the coronavirus pandemic would receive farming input vouchers from R1-billion allocated as part of the package. Support would range between R1,000 and R9,000.

Last week, President Cyril Ramaphosa said the department had issued more than 35,000 vouchers for production inputs to farmers. It was on track to meet its overall target of 75,000.

“We appreciate the little help they have given us. My wish is that they can assist us further with resources like drilling of water. At the moment we rely on the rain. But if we have our own irrigation we can farm throughout the year and probably hire more people,” said Monyamane. DM/MC/ Mukurukuru Media