Railway regulator CEO and board at loggerheads over dis... 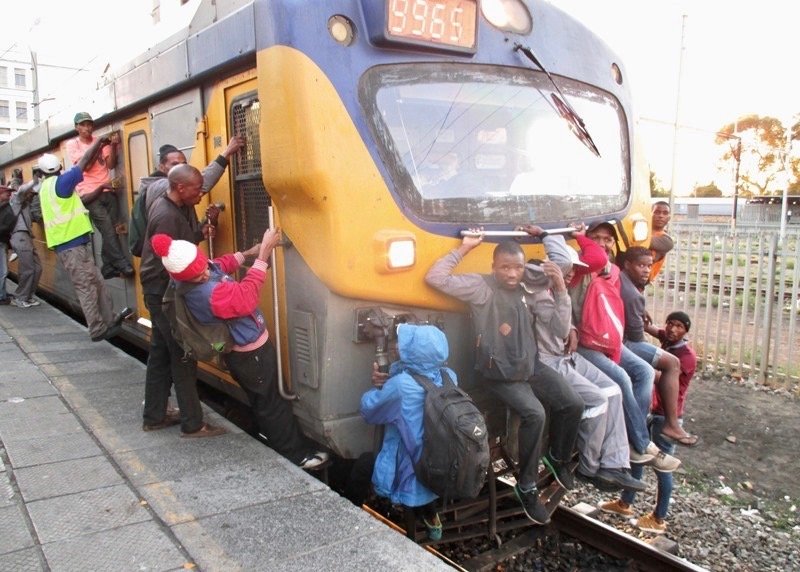 The acting CEO of the Railway Safety Regulator has defied her board and is appealing a Labour Court decision to reinstate the company secretary she had terminated. The regulator is currently undergoing a special audit by Treasury. (Archive photo: Mandla Mnyakama)

Battle lines drawn over dismissal of Mamankoane Tabane, who has been reinstated by the Labour Court.

The acting CEO of the Railway Safety Regulator (RSR), Tshepo Kgare, was found by her board to have acted unlawfully and unfairly in terminating the employment of the company secretary. Yet the board has taken no action. Kgare is one of four candidates for permanent appointment as RSR CEO.

The dispute has also turned nasty, with criminal charges being brought against the secretary, Mamankoane Tabane, for holding on to her company laptop even as the Labour Court reinstated her.

On 8 March, Acting Judge Faan Coetzee in the Johannesburg Labour Court ruled that Tabane should return to work at the RSR, where she is employed as Executive – Legal Services and Governance, which encompasses being company secretary.

On 29 January Tabane was served with a letter of termination by Kgare. The letter indicated that Tabane’s probation had ended and she would not be permanently appointed.

The reasons given were that Tabane had not concluded a performance agreement nor completed a mid-term performance review. “I am unable to give a positive outcome on your performance and I am constrained to conclude that you have not fulfilled a material condition of your employment and have not met the required standards of your position,” Kgare wrote to Tabane.

Tabane’s last day at work was to be 5 February. But Tabane disputed Kgare’s authority to dismiss her and disputed the reasons Kgare provided.

According to the charter of the RSR’s board, it is the board’s responsibility, not Kgare’s, to assess the performance of the company secretary, and according to the charter, “the appointment, remuneration and dismissal/removal of the Company Secretary shall be done in consultation with the Board”.

The board had not been consulted about Tabane’s termination.

Tabane brought the matter to the board in a letter dated 1 February, requesting intervention.

On 3 February, Tabane was locked out of the RSR’s system.

A 5 February report from the RSR board’s Human Resource and Remuneration Committee (HRRC) found that Kgare unilaterally decided to terminate Tabane’s employment “in contravention of the Board Charter”. It found Kgare’s actions to be “unlawful and unfair as she acted beyond her powers and authority”.

The committee resolved to extend Tabane’s probation for three months and recommended that the board institute a formal inquiry into the matter.

Then, on 10 February, at a special meeting, the board adopted the HRRC report and formally resolved to overrule Kgare’s decision and extend Tabane’s probation.

Tabane waited for two weeks. Kgare did not implement the board’s decision and the board did nothing. Tabane then went to Labour Court, filing papers on 24 February.

On 1 March, as Tabane was preparing for her case, RSR security manager Emmanuel Mokasi laid criminal charges against Tabane, alleging that she had stolen a company laptop, modem, and printer.

RSR security had been trying to claim Tabane’s laptop since 5 February, when Tabane’s employment status was in dispute.

In a statement on 5 March given to Midrand police, Tabane said that contrary to Mokasi’s claims, the only item that she had in her possession was her company laptop. Tabane also claimed that Mokasi had lied under oath, concealing the fact that according to the board resolution Tabane remained in the employ of the RSR (which was later confirmed by court order).

Tabane’s urgent application was heard on 2 March, three weeks after the board resolved to overturn Kgare’s decision. On 8 March, Acting Judge Coetzee returned a verdict in Tabane’s favour. The court agreed with Tabane that Kgare had misapplied performance policy. According to the RSR’s probation policy, there is no requirement for an employee under probation to conclude such an agreement. RSR performance management policy only applies to employees that have concluded the probationary period. Acting Judge Coetzee further found that the Human Resources department had not provided Tabane with the documents or job profile required.

According to the judgment, Kgare did not have the authority to sack Tabane; the board’s extension of Tabane’s probation was binding; and the reasons given by Kgare were without merit. Coetzee gave Kgare 24 hours to comply with the order.

Speaking for Kgare, Madeleine Williams, RSR spokesperson, when asked whether RSR’s litigation against Tabane was a fit use for public funds, replied: “Ms Kgare appealed the Labour Court’s judgment due to our view that the Court came to the wrong conclusion … We are of the view that the litigation is in the interest of the organisation as it relates to the interpretation of the legislation and policies of the RSR and concerns an operational matter that falls within the powers of the CEO.”

GroundUp also approached the RSR board. Boy Nobunga, its chairperson, said, “It is important to note that Ms Tabane has turned to the justice system in addressing her concerns in this regard and she is well within her rights to do so. Once that happened, the Board had to respect that process and allow it to unfold and conclude.”

No reasons were given as to why the board did not support Tabane in seeking to follow its resolution that she should remain an employee. The board was also silent on the use of public money to litigate and the decision to lay criminal charges against Tabane.

Kgare has been acting CEO since November 2017, and is one of four candidates for the permanent post. In 2019 the Minister did not permanently appoint Kgare as the Board had only put her forward instead of three candidates. The circumstances of this form part of an investigation by National Treasury’s Specialised Audit Service (SAS).

According to Williams: “National Treasury is investigating matters that are predominantly related to the implementation of the Labour Relations Act Section 189 process that was undertaken in line with the RSR Financial Recovery Plan … The investigation was initiated by the former Board and covers various events that predate Ms Kgare’s acting as CEO.”

Yet according to a 22 September 2020 letter from the acting Chief Director of SAS, Levy Moshoette, the issues it is investigating were very much ongoing during Kgare’s term, including Covid-19 PPE procurement.

GroundUp has not received any reply from the Department of Transport despite repeated requests for comment. DM