Kidnapping, ransoms proving to be the lifeblood of violent extremism expansion in Nigeria 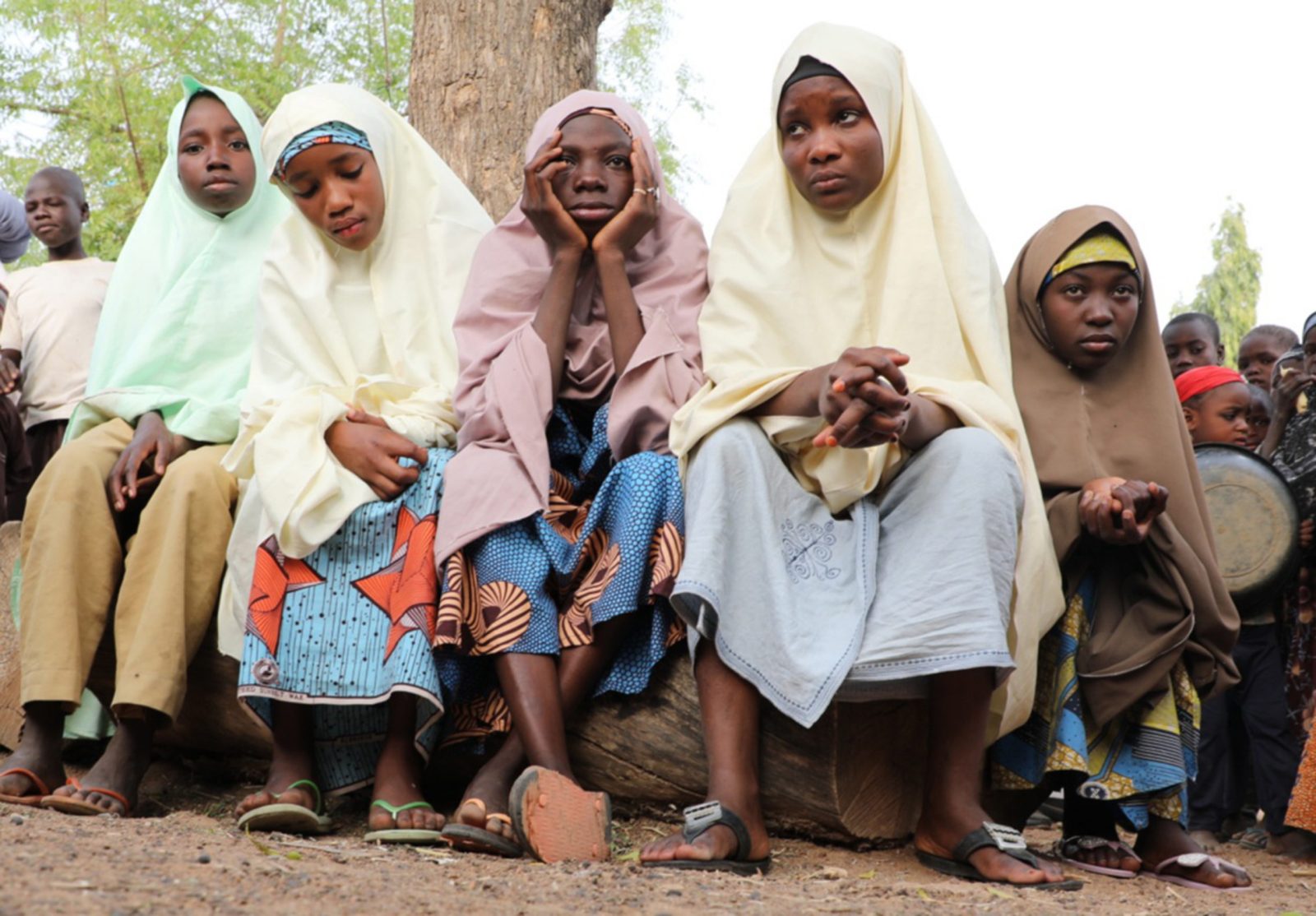 Students, who escaped from gunmen, wait outside the school premises for their parents after gunmen abducted more than 300 students at the Jangebe Government Girls Secondary School, Zamfara State, Nigeria 26 February 2021. EPA-EFE/STR

A holistic strategy is needed to decelerate the growth of the kidnapping economy in the country.

Schools in north-western Nigeria recently reopened after a months-long shutdown by state governments due to increasing kidnappings. Between December 2020 and March 2021, there were at least five student-related kidnappings in the northern region.

However, students aren’t the only victims. And the problem isn’t exclusive to the north. Nigeria Security Tracker data shows that kidnap-for-ransom cuts across regions and socio-economic classes, with increasingly diverse perpetrators – providing evidence of a resurgent kidnapping economy in the country. To find lasting solutions, a holistic assessment of the current crisis, the different ways it manifests, and its evolution is critical.

Between 2016 and 2020, there was a tenfold increase in victims, with a record of 3,500 countrywide last year. The number of recorded kidnappings also trebled in the same period. This year is heading towards another record-breaking year for this crime.

A report by Nigerian consulting firm SB Morgen says that from June 2011 to March 2020, Nigerians paid kidnappers about $18.34-million in ransom. About 60% of this was paid out between January 2016 and March 2020 alone, indicating a spike in recent years.

The country’s deepening socio-economic crisis is arguably a significant reason behind the escalation. Factors include rising unemployment and insecurity, exacerbated by issues including poor governance, the proliferation of weapons, complicity of state actors and weak institutional capacity for regulation.

In Nigeria’s north, kidnappings in the past decade were originally concentrated in the north-east and perpetrated mainly by violent extremists for ideological, political and economic reasons. The most recent incidents, however, have been predominantly carried out by criminal gangs popularly referred to as ‘bandits’ in the north-west and north-central regions.

Their motives appear to be purely economic, and their increased focus on schools can be viewed as an attempt to maximise gains. School kidnappings shine a spotlight on governments, putting them under pressure to secure students’ release by all means. And a government-backed ransom payoff – although always denied – will often outsize an individual one.

There are however other affected demographics. Travellers are often picked up on inter-state journeys, and community members are kidnapped from their villages.

Nigeria’s South South region, the source of the country’s oil wealth, the Niger Delta region, has historically been a hotspot for politically motivated kidnappings. The high rate in this region contributed to Nigeria’s position as one of the top 10 countries for kidnapping as far back as 1999.

It is generally accepted that this was the epicentre from which kidnappings spread to other southern regions. Like the north, the entire southern region has experienced an uptick in this crime, with perpetrators ranging from militants to sophisticated criminal gangs. Victims are often members of Nigeria’s middle class, including politicians and government officials.

The low-risk, high-reward model that usually drives kidnapping economies means that higher net-worth individuals should be primary targets. This requires a careful selection of victims to ensure a high payoff. Before 2018, this was largely the case in Nigeria. But there’s been an increase in less-targeted mass kidnappings countrywide, particularly in the north. This often entails rounding up a group who are sometimes of low economic means through community invasions or highway kidnappings.

Relatives of victims in Zamfara and Kaduna states told ISS Today that some kidnappers accepted ransoms as low as N30,000 ($73) because the victim’s family couldn’t afford more. In some cases, abductors instructed household members to sell their appliances to raise small ransoms.

SB Morgen’s data on fatalities per kidnap attempt shows this category of victims is also viewed as more expendable as they are more likely to be killed by kidnappers when a ransom isn’t forthcoming.

The increased victimisation of low-income and already vulnerable individuals isn’t the only emerging threat. Ransoms are the lifeblood of the kidnapping economy as they serve as rewards that reinforce criminal activity and help secure arms for future operations. The government allegedly paid at least N30-million (about $73,000) to secure the release of 344 boys abducted from Government Science Secondary School, Kankara.

The economic incentive has provided a point of mutual interest between extremist groups and criminal gangs, leading to increased collaboration and heightening the risk of violent extremism expansion.

However, if not properly managed, this line of action could worsen the problem by incentivising perpetrators. On the other hand, the federal government’s over-militarised approach can result in civilian casualties and the military’s abuse of power.

A coherent strategy is required at the federal and state levels to address the situation effectively. This strategy should go beyond creating a unit and must include a response framework that can be localised at the state level to accommodate contextual challenges. This framework could serve as a guide for security agencies on the effective handling of kidnappings.

It should be complemented by a public awareness campaign to inform citizens about available services like reporting hotlines and how they can help with intelligence gathering. The strategy should seek to identify and close capacity gaps in the security forces with specialised training to address the dominant forms of kidnapping in their areas.

Although analysts have recommended criminalising ransom payments, this may only re-victimise people. It may further undermine efforts to assure citizens of state support given the popular distrust in the capacity of law enforcement and security services. Security agents have been complicit in kidnapping, or victims themselves.

Alternative solutions should be explored, such as tracking ransom payments to locate, arrest and prosecute their recipients.

All interventions should be juxtaposed with efforts to address socio-economic drivers like unemployment, poverty and low social protection. Addressing the root causes is the only way to finding a sustainable solution to the problem. DM

This article was produced with support from the Government of the Netherlands, United Nations Development Programme and UK CSSF.